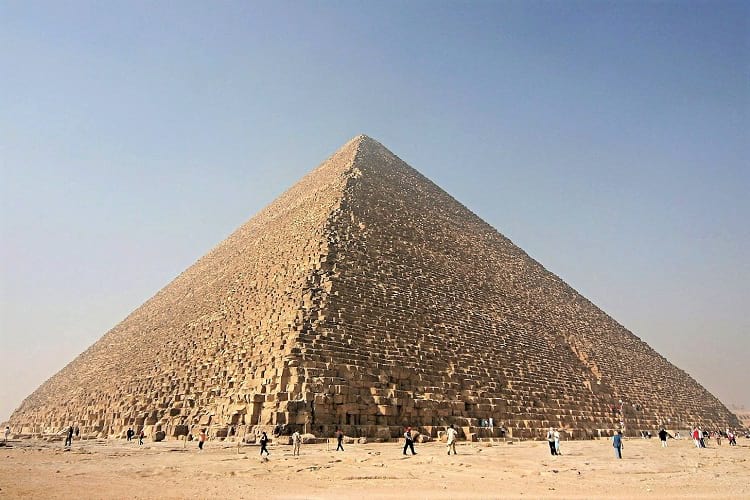 The pyramid structures of Egypt have for long baffled archaeologists and architects. The most famous of these are on the outskirts of Cairo, on the Giza Plateau. The Giza Pyramids are considered amongst the world’s largest structures built. The Great Pyramid of Giza, also known as the Pyramid of Khufu is the largest of the lot. It is built of 2.4 million stone blocks, each weighing approximately 2.5 tonnes.

For years, archaeologists have been confused with its existence and have tried to find out how ancient Egyptians succeeded in moving these blocks to build the world’s largest pyramid. It seems centuries later, we may finally have some answers. Archaeologists are one step closer to understanding the technique behind the structure constructed in 2560 B.C. which took 20 years to complete.

The history of the Great Pyramid

The Great Pyramid is the oldest structure considered as one of the Seven Wonders of the World. Apparently, the pyramid was constructed to serve as a tomb for the Egyptian king Khufu. The architect for this phenomenal man-made structure is assumed to be the pharaoh’s vizier, Hemiunu. His tomb is in close proximity to Khufu’s pyramid. The workmanship of the pyramid is almost flawless, with the four sides of the base having an average error of only 58 millimetres in length.

The colossal man-made structure has generated curiosity over the sheer volume of the pyramid and the intricacies involved during construction in an era which lacked current amenities and modern technology. It is believed to have been made up of approximately 2.4 million blocks, which were probably transported from the quarries around the area. 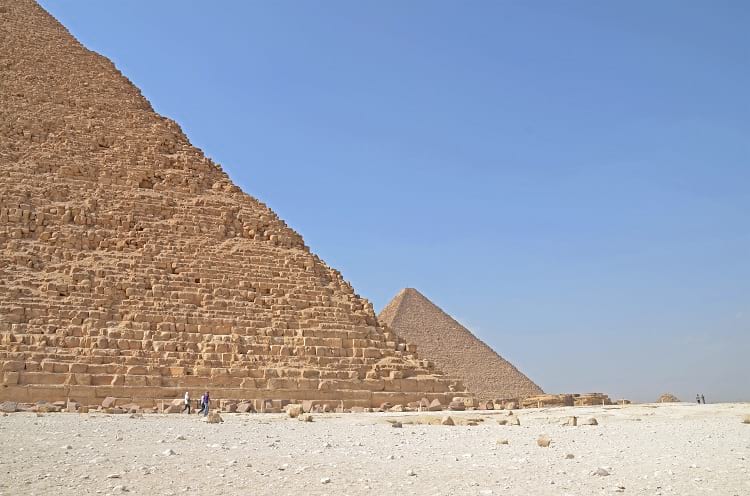 Close up photo of the Great Pyramid of Giza. (Soluvo / Wikimedia Commons)

The outer layer is made up of an estimated 5.5 million tonnes of limestone from the Tora region of ancient Egypt, across the river Nile. Apart from that, the construction of the pyramid would have required nearly 8,000 tonnes of granite and 500,000 tonnes of mortar. It was the tallest man-made structure at 146 metres, for over 3800 years. When built, it was protected with an outer layer of smooth Tora limestone. However, with time the casing has come off though, some of the limestone blocks are still present around the base.

The structure of the Pyramid of Giza

The construction of the pyramid has led to many hypotheses and has been the centre of archaeological research for a long time. The most established of these is the argument that the pyramid was constructed at two different places. The stones and slabs were cut to size and smoothened in the various quarries found around that area. It has been concluded that copper chisels and saws were used to cut and level soft stone like limestone. However, slabs of granite and basalt probably required other tedious techniques as well.

Once finished, the slabs or blocks were moved to the plateau area for final construction. The most controversial topic of discussion has been the moving of these massive blocks from the quarries to the actual place of construction. One of the widespread theories has been about the use of some sort of a ramp to move or roll the stones. An important archaeological discovery in 2013 of a logbook has a day-to-day account of the limestone transported from the quarry in Tora to Giza.

The French mission of Sorbonne University directed by Pierre Tallet came across documents with hieroglyphs and hieratic in 2013. These were discovered in a cave in Wadi al-Jarf on the Red Sea coast of Egypt. The documents are on papyrus, written by Merer, an officer of middle-ranking during the 26th year of Pharaoh Khufu’s reign. It is a logbook, known as the Diary of Merer, describing the several months it took to transport limestone from the quarries of Tora to Giza for use in the construction of the Great Pyramid.

Merer, it seems, had the responsibility of procuring the slabs from the limestone quarries in Tora. Limestone was used as a protective shell around the pyramid on the outside. The logs are for the months of July till November. The Diary of Merer was a breakthrough discovery regarding the construction of the Great Pyramid. It is the first historical reference to have been retrieved from an archaeological site giving information about the daily lives of the people who were involved in the construction. Egyptian archaeologist Zahi Hawass claims this to be “the greatest discovery in Egypt in the 21st century“.

Out of the many, the one hypothesis that seemed to make sense considering the enormity of the blocks used was that the blocks were made in the nearby quarries and then moved to the location. An incredible discovery made a few days ago at Hatnub, an ancient alabaster quarry in the Eastern Desert of Egypt could just be the proof needed. The joint mission of IFAO – Institut français d’archéologie orientale (French Institute for Oriental Archaeology) in Cairo and the University of Liverpool in England, have been working at Hatnub together since 2012 to study the inscriptions and stelae at Hatnub. 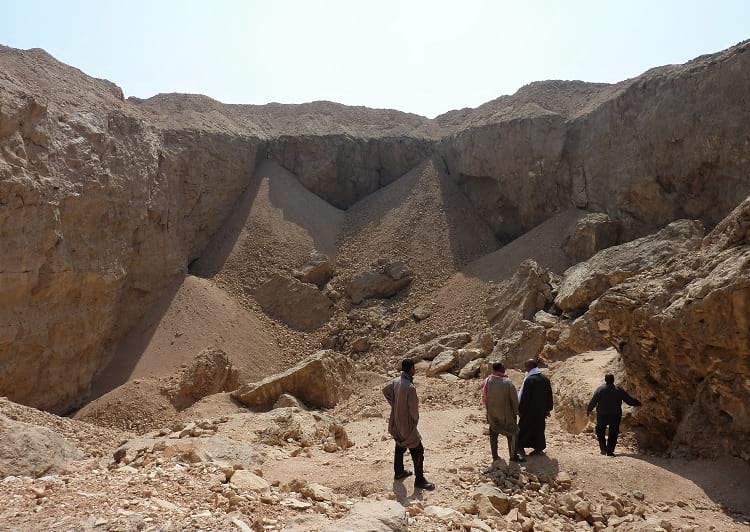 According to the IFAO Director of the mission Dr. Yannis Gourdon, the mission came across a unique system during excavations at Hatnub. The remains of the system reveal a contraption that was probably used to transport the stone blocks up the steep ramp. The system per se, consists of a ramp in the centre with a staircase on either side. These staircases have holes on the sides which once would have held strong wooden posts. A sledge was probably used with ropes attached to the posts.

The University of Liverpool Director of the mission, Dr. Roland Enmarch assume that the blocks were pulled up from the quarry using this rope and pulley system which enabled the management of the weight of the blocks on slopes with a gradient of 20% or more. Archaeologists have not come across a pulley system like this anywhere else in the world.

In the wake of the latest discovery of October 2018, archaeologists and historians can probably start putting things together to get answers that have been desired for several years. Concrete proof may finally open us to the world of ancient civilisations and their ways. The Pyramids of Giza are living proof of the extent of knowledge that our ancestors possessed.

Previous Article
The Tragedy of Jallianwala Bagh
Next Article
‘Ape Woman’ Julia Pastrana: The Sad and Short Life of the Ugliest Woman in the World