Prora: Hitler’s Colossal Resort by the Beach That Never Served Its Purpose 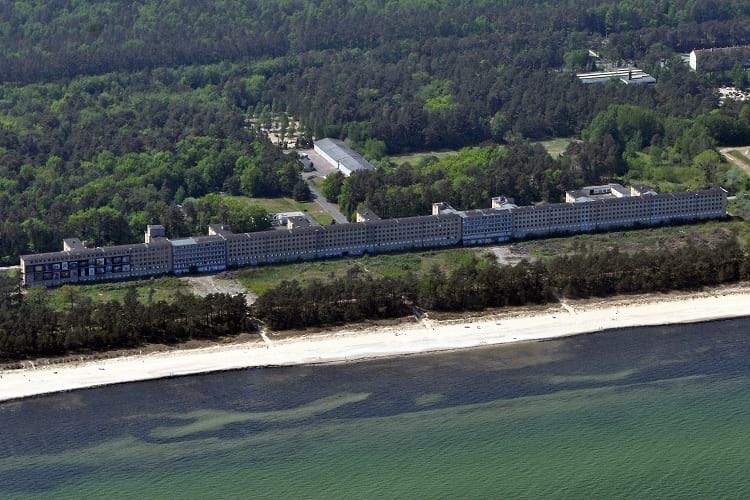 Welcome to Prora. Now, you may be wondering as to what is Prora? It is nothing but the largest ever structural relic of Hitler’s fascism. It is a 4.82 km long structure on the shores of Baltic Sea where training was given to Nazi soldiers during the WWII.

After Adolf Hitler declared himself the Führer of Germany in 1933-34 period, there was immense pressure on factory workers to work harder. His dictatorship not only vexed the common people, but also the factory workers across the Fatherland. 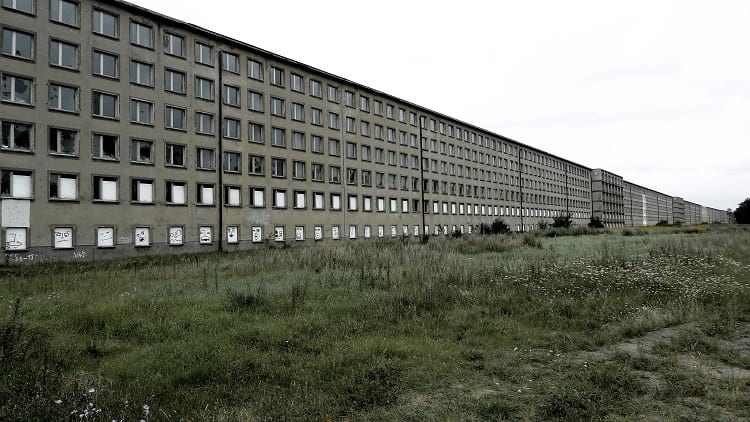 Resort complex on the island of Rügen

Sensing trouble brewing among the overworked workers, Hitler ordered the construction of a massive resort complex on the island of Rügen. The island is the largest island of Germany and is located off the Pomeranian coast in the Baltic Sea.

On the orders of Hitler, construction of the monstrous resort complex, known as Prora, began in 1936, three years before the WWII began. With 10,000 rooms, the leisure resort was meant to house at least 20,000 German workers who were to be sent on holiday.

What was interesting about the resort was that it featured a seaward view from each and every room. The rooms were constructed in a bid to offer an inexpensive vacation to the average German worker. This was alleged to be based on the ethos that every German worker deserved a day at the Baltic Sea beach. The architecture of the Prora resort did not represent the Weimar Republic’s colourful style. In fact, it appeared more like a chilling but aesthetic machine.

It is really strange that one of Fuhrer was a believer in vacation time for overworked workers.

The ‘Strength Through Joy’ (Kraft durch Freude), a Nazi leisure organisation, was behind the construction of the Colossus of Prora. Robert Ley’s German Labour Front is said to have operated the Kraft durch Freude.

On the surface, Hitler’s idea behind Prora was to incentivise common German people to support him. But, he had darker ideas. The Führer was planning to use the beachside resort for military installations. Sadly though, the project came to a halt after Hitler invaded Poland in 1939 only to trigger the WWII.

The start of WWII left the 10,000 rooms and a huge theatre empty. The swimming pools went dry. Decades later, WWII refugees were briefly housed at Prora. The rooms were also used as a home for the elderly for other short term uses. Otherwise, for most of the period up to the 1990’s the Prora buildings remained deserted. Even today, quite a few building stand empty. During the late 1990s, the first civilian use of Prora was as a YMCA. However, some rooms are being used as a gallery space and a museum.

Recently, the German government renovated the YMCA youth. However, several other blocks of buildings were sold to various developers. Some of the buildings that have been sold are being renovated now.

Bid to purge the checkered beginnings of Prora

In recent years, however, the German government has been making attempts to convert some buildings at Prora into luxury condos. Thus, the government is attempting to purge the checkered beginnings of Prora.

This is unusual, as the German government generally deals with the Third Reich heritage in a delicate manner.

According to Katja Lucke, an employee at the Prora Documentation Centre, a study is said to have proposed to the government to use Prora for soft tourism and education. However, the government realized that it was a complex task. Therefore, it decided to sell portions of the property to avoid taking further responsibility. The incomplete portion of the complex. (Aviorausch / Wikimedia Commons)

Prora was sold off

Prora was sold off piece by piece without involving the local government. Interestingly, the German government declared the Prora buildings a heritage monument. All such monuments attract subsidies in Germany.

Most of the flats in the buildings have been sold since 2016 as they are aimed at a typical German luxury clientele. At a time when the government is trying to reconstruct the building to create something new for the future generations, there is widespread opposition locally and otherwise. This is giving rise to Nazi ideas.

In the recent past, when elections were held, poll posters sprung up urging people to vote for the Alternative für Deutschland (AfD). It is a party that appeals for hostility against foreigners. It also wants an end to interrogations on Third Reich actions. Interestingly, AfD’s vote share jumped sharply on the depopulated island of Rügen.

Interestingly, after 80 years, the unity of Prora buildings, which symbolize the greed of power of the fallen Third Reich, cannot be preserved any longer.

Previous Article
The Wave in Arizona: A Geological Wonder
Next Article
Fingal’s Cave: The Musical Geometry of Nature’s Domain