The Famous Pollepel Island of Hudson River: Home to a Castle of a Bygone Era Situated in the Hudson River in New York, is the 6.5-acre Pollepel Island. Locals attribute the name of the island to a legend about a young girl, Polly Pell who had been stranded on it. Unoccupied for a long time, the island, reachable only by boat, was rumoured to be haunted according to the locals.

Standing majestically tall on this island is an ancient surplus military equipment warehouse of yore, Bannerman’s Castle giving the island its present name, Bannerman Island. With the Hudson all around it in a natural moat design, there was a time when Bannerman Island was the most unsafe place in New York.

Frank Bannerman’s son, David, discovered the island accidentally on a canoe trip on the Hudson and Frank went on to purchase it from the owners, Thomas and Mary family on December 5, 1900. Frank (Francis) Bannerman VI was born in Dundee, Scotland on March 24, 1851, and belonged to one of the few proud families of MacDonald who had survived the Massacre of Glencoe of February 13, 1692. Apparently, a Francis of the Macdonald clan rescued the clan banner during the Battle of Bannockburn and was given the family name, Bannerman, by the King of Scots, Robert the Bruce.

Frank’s family moved to the United States when Frank was only 3 years of age and settled in Brooklyn with Frank’s father selling marine scraps at Navy auctions. In 1861, Frank’s father joined the Union Army during the Civil War which led to 10-year-old Frank dropping out of school to support his family, financially.

Frank started working in a lawyer’s office for two dollars a week and spent a lot of his free time at the Brooklyn Navy Yard collecting scraps that were discarded to be sold at Navy auctions. He was quite successful at this and when his father returned, they turned it into a business, further opening a store with a warehouse at 18 Little Street.

The family continued in this manner until 1872, when Frank started buying war weapons and remnants from Army auctions. He decided to catalogue these and offer at a good price to collectors and war relic aficionados. Frank was on a business trip to Ireland that year and also went to visit his grandmother in Ulster. He met Helen Boyce there and they were married on June 8, 1872, in Ballymena. Frank and Helen had four children. Two of the sons, Francis Vll and David Boyce eventually joined him in his business. Another son, Walter went on to become a doctor and a daughter, Helen Grace in 1884 who unfortunately died in 1885.

With business booming, Frank opened stores in New York with one at 501 Broadway, Manhattan, that became a well-known Bannerman store address. It is from this address that he fixed supplies for many regiments of the war that America declared on Spain towards the end of 1898. The end of the three-month-long war, which was fought in Cuba and Philippines, saw a massive amount of surplus military equipment that had been captured and surrendered by the Spanish. Bannerman proceeded to purchase over 90% of all of this from the US government and in his eccentricity, also wrote to the US Navy to purchase the surrendered warships. By this time, he had acquired too much ammunition and too many pieces of equipment to legally store them in a warehouse in the city.

After the purchase of the Pollepel Island in 1900, he began construction on his dream Scottish Castle which would not only be a safe storehouse but also the Bannerman family’s summer house. For the next 17 years, Frank personally saw to the construction of his Scottish Castle and the elaborate design of the island with garden walls, a Scottish moat, and a breakwater to protect the shores of the island, amongst other things.

When the European War broke out in 1914, Bannerman sold supplies to the French, and in his loyalty, donated supplies to the British Army. In 1915, the storage building was ready and one side of the castle displayed in massive lettering, “Bannerman Island Arsenal“ that could be viewed from afar. All Bannerman equipment and supplies were shipped to the island for storage until sold. An ardent church follower, Frank also actively participated in boy’s club church by taking them on trips to the island in the summers and spending one evening every week with them to study the Sunday school lesson. He was a member of the St. Andrews Society – an independent organization for people born in Scotland and their descendants, and a founder of the Caledonian Hospital in Brooklyn.

As a true patriot, Frank donated artillery, clothing, and blankets to the U.S. government when the First World War broke out. It was during that time when an Austrian immigrant employee of his was accused of spying, putting Frank Bannerman right in the centre of suspicion and rumours of treachery. The Bannermans were placed under house arrest on the island. Though the air was soon cleared, it took a toll on Frank’s health. He could not get over the grief and passed away on November 26, 1918, following a gallbladder surgery. The responsibilities of the business fell upon his wife and sons who renamed it “Francis Bannerman Sons“.

Destruction of the castle

On August 15, 1920, 200 pounds of black powder stored in the munitions exploded, thrusting a huge chunk of a wall across the New York Central tracks which were a quarter of a mile away. Thankfully Helen and two other people escaped with minor injuries. By 1957, the Bannerman warehouses had been sold, following the death of Helen Bannerman and both the sons. In 1967, Frank’s grandson, Charles Bannerman sold the island to the State of New York which placed it under the supervision of the Taconic State Park Commission. 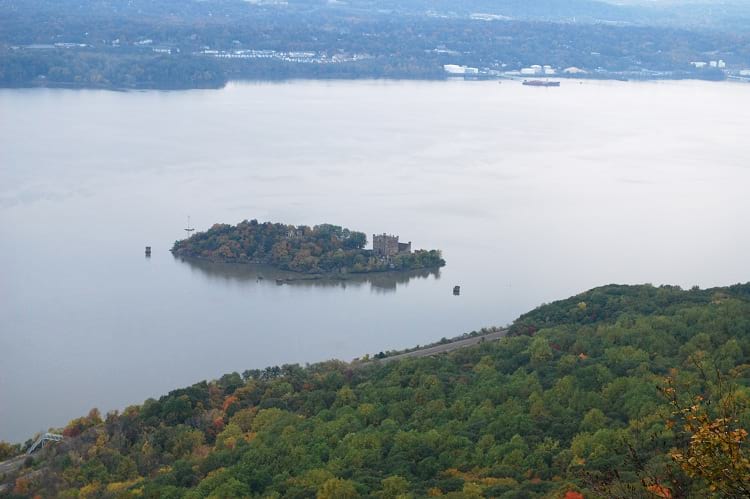 Pollepel island and the Bannerman’s Castle from a distant. (Ahodges7 / Wikimedia Commons)

Experts were hired for safe removal of the arms and ammunition, and many items were sent to the Smithsonian Institution in Washington, DC, for public display. On August 8, 1969, a devastating fire broke out destroying most of the structure of the castle. The source and cause of the fire have never been established. 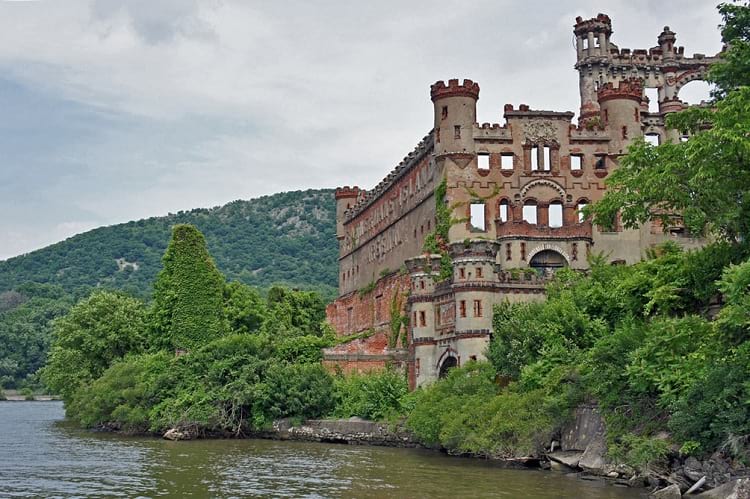 The Bannerman Castle Trust, a charitable organization was set up in 1992, along with the Taconic State Park Commission, is now responsible for restoring the island to some of its original glory and magnificence. Guided tours to the island are also organized. The resilience of Francis Bannerman VI can be seen in the Bannerman Castle which is still standing tall, defying nature or anybody who dares to bring it down! As Charles Bannerman rightly said:

“the little island will always have its place in history and in legend and will be forever a jewel in its Hudson Highland setting.”

Previous Article
Pep The Dog, Who Was Sentenced to Life in Prison for a Murder He Didn’t Commit
Next Article
The Bizarre Yet Wonderful History of San Francisco’s Cliff House