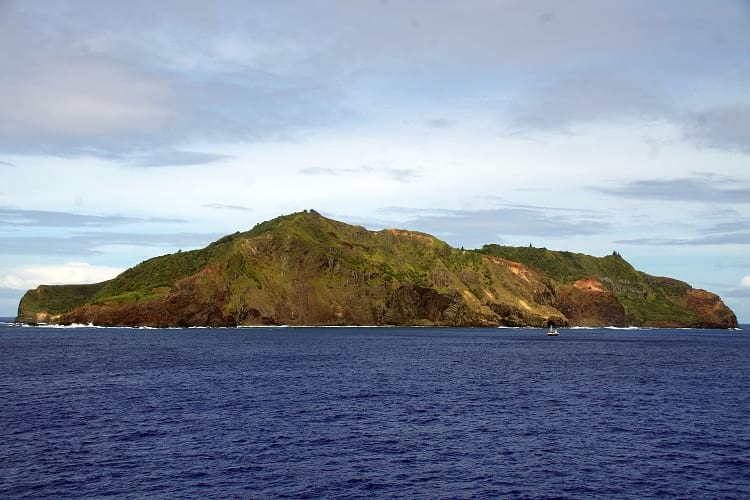 A ship named HMS Bounty sets sail from England to Tahiti – the largest island of French Polynesia in the South Pacific Ocean. From here it must collect breadfruit saplings, and take them to West Indies for plantations. At Tahiti, they realize that mission is ill-timed and they must camp there for 6 months. Camping is eventful and 47-member crew is ripped with revolt. The captain is forced to leave with a bunch of his followers. Rebels find a hideout in an unpeopled landmass – Pitcairn Island – the present-day British Overseas Territory in the South Pacific and a nation of 40 odd citizens.

Easy and comfortable living at Tahiti Island instigated a revolt

The Royal Society of London had sponsored a small sailing boat named HMS Bounty for Tahiti. The objective was to collect breadfruit plants from Tahiti and take them to West Indies, where these would be grown for food for the slaves. All was well till the ship arrived at Tahiti. There it transpired that breadfruits were in a dormant phase where their transplantation was not possible. So they must wait for about 6-months. The place being idyllic and friendly, so the stay on the island was a blessing in disguise. It offered delicious edibles, liquor and women. Fletcher Christian fell to the charms of a native lady named Mauatua. When the waiting period was over, three members of the crew refused to leave the Island. High-handedness of Captain William Bligh was also a reason behind the revolt spearheaded by Fletcher Christian.

Captain of the ship was humiliated and forced to leave

Rebels refused to obey Captain William Bligh and in a brazen show of defiance, he was roughed up and pushed on a small 23-foot-long boat. Seventeen crewmen sympathetic to him were also forced on the same boat and freed into choppy sea waters. It was a virtual death sentence, as ration on the boat would barely suffice for 5 days. Displaying rare courage and professional acumen, Bligh and his men sailed 3600 miles to reach Timor, West Indies, on 14th June 1789. On March 15, 1790, Bligh was home, in England.

Some mutineers were arrested and 3 of hanged to death

On October 22, 1790, court-martial inquiry was ordered into the rebellion at Tahiti. William Bligh and his accomplice were acquitted of this charge.  Bligh was promoted to the post of Captain (hitherto this was his honorary designation).  On Nov 7, 1790, a ship – HMS Pandora, commanded by Captain Edward Edwards, was deputed to search for the mutineers and bring them to England. Fourteen rebels were arrested from Tahiti. Unfortunately, on 30th August 1791, the ship met with an accident and sank, killing 31 crew members and 4 prisoners. Court-martial proceedings of the surviving prisoners began on 18th September 1792. Three mutineers were sentenced to death. In the meanwhile, Bligh had sailed back to Tahiti all over again and delivered a consignment of breadfruit plants in West Indies.

Public sympathy for mutineers made waves

Surprisingly, many in public sympathized with mutineers – Christian and his fellow rebels. Arranging cheap food for slaves in the West Indies, they felt, was tantamount to promoting slavery. In those times, liberty was being flagged as more sacrosanct than loyalty to the state. Hence, Bligh was criticized as a blockhead who drove Christian to the brink. Yet, he may not have been so rude or uncaring. Maybe he just got pitted against a mentally weak, lovelorn, and shirker like Fletcher Christian. Despite ups and down in his eventful career, William Bligh made it to the rank of Vice-Admiral of the Blue in the year 1814.

Some rebels took shelter at Pitcairn Island to escape arrest

The rebel group of 16, led by Fletcher Christian had moved from place to place, searching for a safe haven. They knew they would be hounded by the state agencies. The group found refuge in the island of Tubuai, but the place wasn’t fit for colonising. Hence, they sailed back to Tahiti, where the fear of arrest by the British Authorities haunted them. So, Christian along with 8 crew members, 6 Tahitian (natives of Tahiti) men, 12 Tahitian women and a child, searched for a hideout in South Pacific. Sailing 1000 miles east of Tahiti, on 15th January 1790, they found Pitcairn Island. The finding was not entirely an accident. Christian learned about the island from a book, Voyages that lay in the cabin of his boss, Captain William Bligh. Situated between New Zealand and Panama Canal, Pitcairn Island had a rough and unfriendly coast. It indeed proved to be a safe haven for Christian and his group as the island remained out of British reach for long.

In the year 1808, an American ship was attracted to Pitcairn Island, thanks to the sight of smoke billowing from cooking fire. Americans rushed in to find a group of women, children and an elderly man. The man was John Adams, the only surviving mutineer of the HMS Bounty. He informed that the ship was burnt down as it could reveal their presence on the island and lead to their arrest. Rest of the mutineers, he added, died of sickness and internal squabbles. The British came to the island and found one surviving rebel

A British ship sailed to the island in 1825 and granted state amnesty to John Adams. Women and children living on the island with Adams as the Headman continued living there. Adams died in 1829. The amazing history of the Pitcairn finds a place in several books and films. Mutiny on the Bounty, a 1962 Hollywood film, is classic of the genre.

Presently, just about 40 people live on the Pitcairn Island, and some of them are descendants of the Bounty rebels. In 1855, its population went up to 200, forcing migration as 2 square mile land area of the island couldn’t take them all. The migration happened to Norfolk Island, 4000 miles away. Two years later some 20 people returned to Pitcairn. About half of the population of Norfolk (total population is about 2000) had descended from Fletcher Christian and his rebel colleagues. 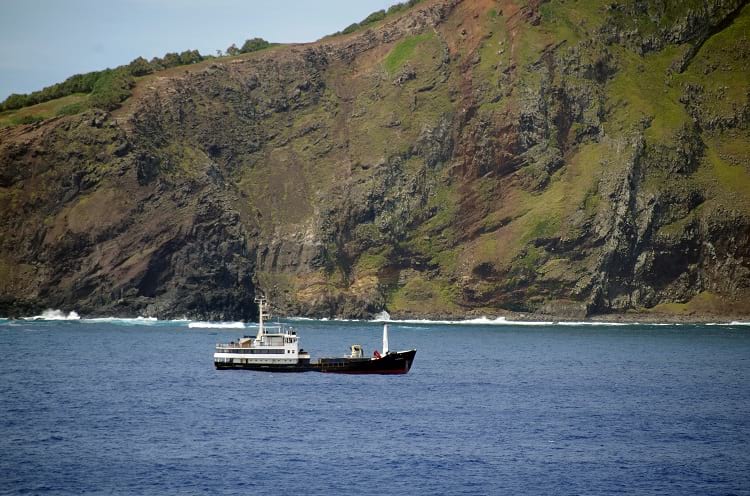 The Pitcairn Island seems jinxed as few want to settle here, even if the government provides free land for housing. A child abuse case happened here in 2004, in which a man of Fletcher Christian ancestry was involved. The 40 odd people living here depend on government aid for a living. There are no jobs to take up. New Zealand, the nearest business hub, is 3000-miles away. The island boasts of just one General Store, which opens only thrice a week. Availability of electricity, internet, pollution free environment, deep blue coloured drinking water should, hopefully, attract more inhabitants to this serene island.

Enjoyed this article? Also, check out “Tristan da Cunha: The Remotest Inhabited Island in the World“.

Previous Article
Sewers of Paris: The Massive Underground Sewers That Keep Paris Clean
Next Article
Ayahs’ Home In London: Where Abandoned Indian Nannies Were Sent to Live Out the Rest of Their Days