Phineas Gage: The Miracle Man with a Hole in his Skull who became a Major Breakthrough for Neuroscience 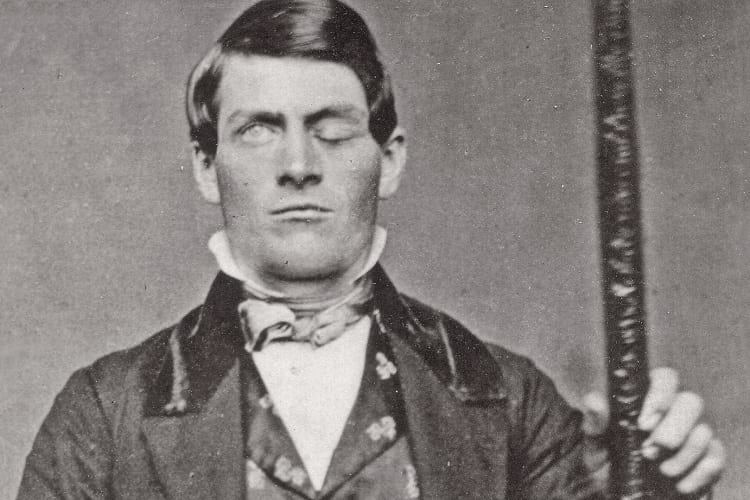 In a time when neuroscience was still in its infancy, doctors had to treat the very fine-looking Phineas Gage, the miracle man who lived for 13 years with a hole in his skull. This wasn’t a birth defect, but an injury that struck Gage. 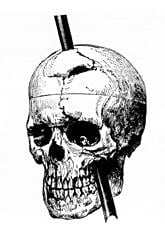 At the mere age of 25, Gage was wounded by an iron rod induced by detonated power while he was working with the crew that was constructing railroads. This wasn’t any common injury; the 43-inch long rod with a diameter of 1.25 inch penetrated into Gage’s left cheek, pierced into his skull and flew 80 feet away from the back of his head. The miracle- he remained conscious to narrate the accident to the doctor. According to an article published in the Smithsonian Magazine, Gage’s exact words to the doctor were “Here is business enough for you”. This accident that occurred way back in 1848 and its repercussions documented made Phineas Gage one of the most legendary patients in medical history.

His story, which is also called the “American Crowbar Case” was studied by a number of doctors which assisted them in finding the connection between the brain and human behaviour. Initial studies suggested severe damage to the Frontal Lobe region of the brain. Sadly, in spite of the best efforts pooled in by Dr John Harlow to make sure nothing went wrong, an infection found victory. This took Gage into a semi-comatose state.

Effects on his mental health

That did not stop Phineas Gage from a complete physical recovery. He got back on his toes to find new work with just his right eye in treasure. He lost his left eye to this traumatic accident. Things seemed okay until people around Gage found an uncanny change in his behaviour. Dr Marlow made a note of his case study under the title “mental manifestations” which state Gage’s changed behaviour as, ‘fitful, irreverent, indulging at times in the grossest profanity… capricious and vacillating’ and being ‘radically changed’. The extent of this alteration in his mental attitude was so much that people around him were forced by the circumstance to say that he was, “no longer Gage”.

It was around these personality disturbances that the study about the brain and its link with social behaviour found profuse ignition. Today, neuroscientists have confirmed the frontal cortex to act as a catalyst in social cognition and decision making. Record has it that the case of Phineas Gage was the first evidence that kick-started the study on frontal cortex and its influence on a human’s personality and behaviour.

David Ferrier, a Scottish researcher in the field at that time used the Gage’s case to back up his study on animals that showed no change in physical health, but a beyond definite change in the behaviour after damage to the frontal cortex. He delivered a lecture on the same in the year 1878 at Royal College.

What happened to Phineas Gage?

The man who walked about confidently despite the hole in his skull and a whole new mental alteration continued to work on odd jobs until the age of 36 when he finally succumbed to on-going seizures in the year 1860. Even though the world lost this miracle man, he left behind a whole new scope for neuroscience studies. 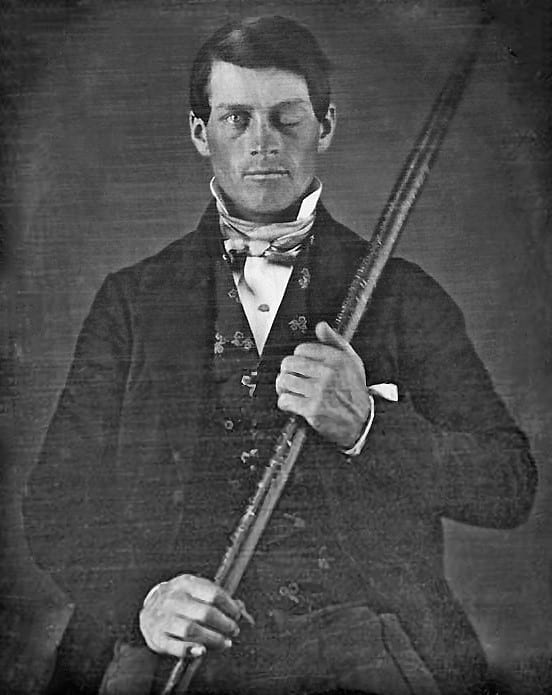 The year 1994 was an instrumental one, for his injury was reconstructed to engage in a deeper study of the brain using neuroimaging techniques. Their finding was a feather in the cap in the study of the human brain as it indicated damage to the left and right cortices of the brain, the part responsible for rational decision making and emotional responses. 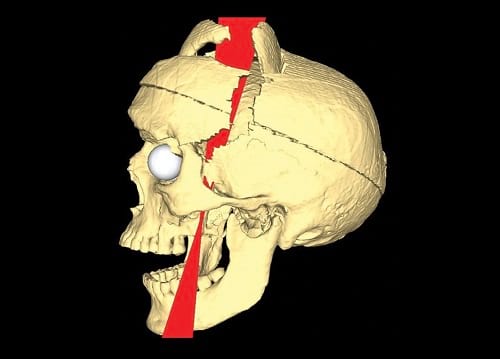 In the year 2004, a 3D reconstruct of Gage’s skull and the injury concluded that the injury was confined to the left frontal lobe region of the brain. (Van Horn JD, Irimia A, Torgerson CM, Chambers MC, Kikinis R, et al.)

A further study in the year 2012 disclosed that the iron rod caused irreparable damage to 11% of the white matter in his frontal lobe and 4% of the cerebral cortex. Reports about Gage’s transformed uncontrolled behaviour were testified by the reasons suggested in the same study which confirmed the link between the frontal cortex and the limbic system, the master that regulates all emotions.

It is only because of this unfortunate accident, that the field of psychology was able to thrive in the study of the frontal lobe and its role in social cognition, reasoning and language, the significant factors of social behaviour.

Gage’s case has been so monumental that his body was exhumed seven years after his death so that his skull could be sent to Dr Harlow for further edification on this subject matter. The iron rod that caused this historical study and the skull with the hole has now been preserved in the Warren Anatomical Museum at the Harvard University of School of Medicine.

Previous Article
Pontcysyllte Aqueduct: A High-Rise Canal-Connect Made of Cast Iron, an Engineering Marvel
Next Article
Lake Baikal: The World’s Deepest Lake That Holds 22-23% of the World’s Freshwater