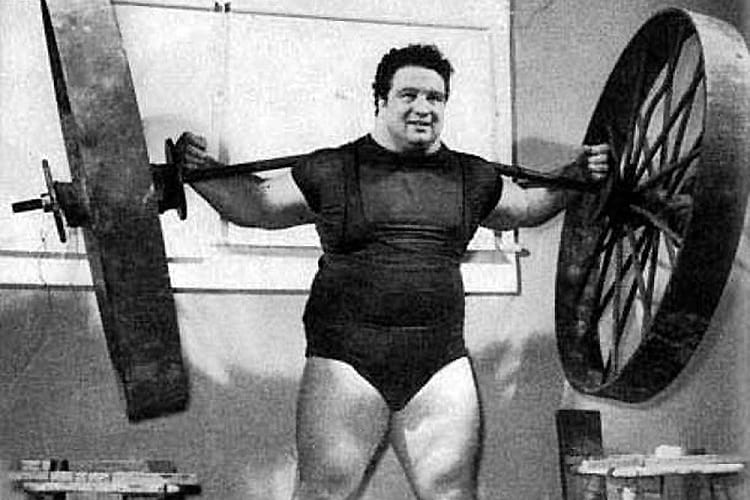 He was there for the country when it needed him. A man with a gifted possession of not just the physical greatness, but also the valiant calibre and constitution of gentleness, kindness and good common sense.

When he appeared, standing tall at five feet ten and weighing around three hundred and seventy-five pounds, it was in the finest heroic tradition. The unmistakable Paul Anderson, an American strongman and weightlifter, barged into the scene virtually overnight. He played a pivotal role in recognizing powerlifting as a combative sport.

Paul Anderson, who was the only son of Robert Anderson and Ethel Bennett, was born on October 17, 1932, in Toccoa, Georgia. He started his weight training, early in his life, when he was just 14 years old. His uncle was the one who introduced him to weights. The family home’s backyard served as his weight training ground.

Paul had an upbringing that was not particularly noteworthy. He used to play football and displayed striking agility and speed. He took up his exercise regime with the sole intention to build his size and strength to play for the Toccoa High School football team. There he used to play in the back position.

He used to lift homemade weights which his father had made out of concrete and wood. Anderson exhibited exceptional skills as an athlete in high school. Later he attended the Furman University in South Carolina, on a football scholarship for one year.

The family shifted to Elizabethton, Tennessee afterwards. Gradually, Anderson started gravitating towards a group of individuals who also used to enjoy weight training. His mates later introduced Anderson to world-renowned lifter Bob Peeples. He used to write for the standout Iron Game magazine.

He was the one who greatly encouraged and inspired Anderson and introduced him into the then weightlifting arenas. The first reported citation of Paul’s exceptional strength came in the Iron Man magazine’s February 1952 edition where Bob Peeples prefaced Anderson and spoke about him.

Unusual as it may sound, Paul was short of having access to traditional weights at times. He created his own equipment which included drums loaded with concrete and iron wheels. He also put himself through a purposefully planned natural diet that boosted his strength and girth very much.

Paul used to believe that the squat was the foremost strength builder. He formulated his own training techniques and that included squats to a large extent. Methods like Anderson Squats, named after him have now become a regular practice.

All through his twenties, Paul finished his preliminary strength competitions that included squatting of 605, 635, and 650lbs. he officially quashed a 30-year-old world record in squatting. He went on turning out to be one of America’s topmost competitors in weightlifting.

In 1955, when the Cold War between America and the Soviet Union was at its peak, Anderson travelled to Moscow for an international weightlifting competition. That time, he was the reigning title-holder at the USA’s National Amateur Athletic Union Weightlifting Championship.

There, Anderson performed a 402.5 lb (182.6 kg) press. He eventually broke the previous Olympic record of Alexey Medvedev, the Soviet champion who had earlier created history by lifting a 330.5 lb (149.9 kg) press.

At that juncture when Americans were thoroughly occupied in the Cold War with the Soviet Union, Anderson’s unbelievable power, his extraordinary tank-like image became a relationship revival call to all.

In October 1955, during the World Weightlifting Championships in Munich, Germany, Anderson went ahead clinching two more world records for 407.7 lb (184.9 kg) press. The victory in his weight category proclaimed him the world champion.

When he came back to the United States after winning the titles, he was received and applauded by the then Vice-President Richard Nixon for being such a phenomenal ambassador for amity and goodwill.

In 1956, Anderson picked up another gold medal in a lengthy, tough fight in the Melbourne Australia Olympic Games against Humberto Selvetti from Argentina in the super-heavyweight class. 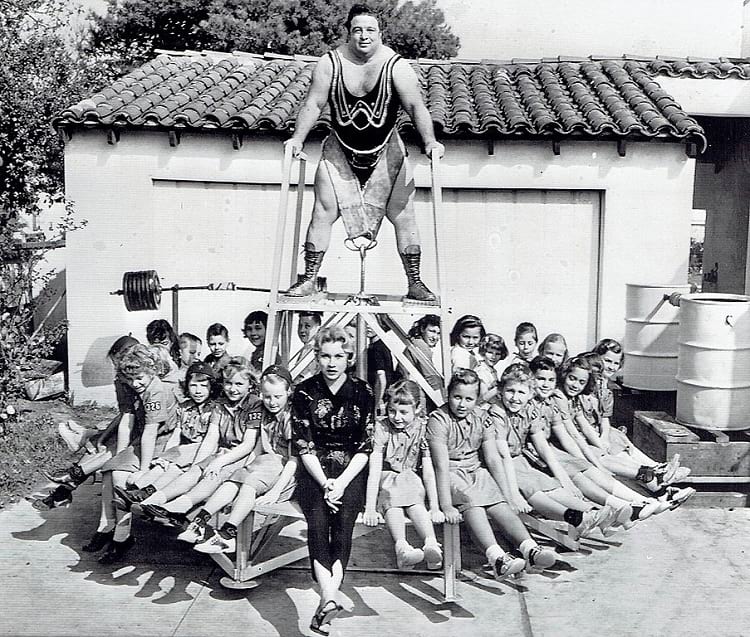 People in his hometown Georgia were too excited and ready to commemorate Anderson’s stupendous accomplishments. The then governor of Georgia declared 5tg July as “Paul Anderson Day”.

Anderson also garnered sundry notable mentions in the US Congress. The U.S. Government favourably deemed his commendable achievements as propaganda of America’s efforts to combat communism.

Paul had stated on a number of occasions as to how on his third and final try at Melbourne, he pulled the record weight up to his chest and realized all of a sudden that he could not lift it any higher. Alone. He told his audience in what way within a split second, he gave his voice to a lifetime affirmation to God.

Anderson could not be made eligible for the 1960 Olympics because he was no longer an amateur and was a declared professional weightlifter. By then, he had been accepting money every year with speaking sessions and strength exhibitions for numerous social services. All this, notwithstanding a persistent congenital kidney ailment he had that ultimately killed him.

His appearances offered him an opportunity to stimulate the audience to engage more in community services and embrace Jesus Christ. Time and again he would end his performance by reciting self-composed spiritual and patriotic poems.

He would execute magnificent stunts like hammering a nail with his bare thumb. He would also raise a platform carrying eight men on his back.

The Guinness Book of World Records in its 1985 edition listed his incredible deed of pulling up 6,270 pounds (2,850 kg) on his back “the greatest weight ever raised by a human being”. This comes to be the foundation for his unsurpassed eminence as the “World’s Strongest Man”.

The Paul Anderson Park, located in Toccoa is a chronicled and rousing tribute to the world’s strongest man. It is likewise homage to the humanitarian works he did for the society during his lifetime.

The only time when you do not get to see some blooming plants is during the winter when the fountain in the park remains frozen and assumes the form of a frigid and motionless blooming flower. The house of Paul Anderson is situated nearby and a monument stands in front of the yard. The recreation park is a brilliant spot for photo shoots, relaxation and an overall enjoyment site amid the peace-loving community of Toccoa.

Paul died at the age of 61 on August 15, 1994, because of complications arising from his chronic nephritis. He was a devout Christian and a teetotaler. Paul Anderson’s funeral was an intensely remarkable and unforgettable experience.

It may sound ironical, that the world’s strongest man had lived a life of only sixty-one years. The crowds who thronged his funeral came over not to recollect his Olympic performances or his feats that exhibited his enormous human strength. They came solely to speak about how the big man had changed the lives of several young individuals.

In the wake of attaining an exemplary level of non-professional success, Paul turned professional with an aim to exploit his talents and skills for raising funds to lend a helping hand to the troubled youth of the country.

In exchange of paid performances, he relinquished his amateur position and founded the Paul Anderson Youth Home in 1961 at Vidalia, Georgia along with his wife Glenda.

This decision was especially note-worthy keeping in mind the fact that Anderson could not qualify for the 1960 Olympics as an amateur status was mandatory in those times.

Anderson had also urged the country over to make generous donations for his Youth Home that offered shelter to thousands of distressed and dismayed teenage boys. By the time they left the house most of them had realized Anderson’s true source of power that motivated them to pick up the broken pieces of life and forge ahead.

The Youth Home still exists today and carries on with its mission of coming to the aid and succour of unsettled young men who might otherwise be incarcerated.

Enjoyed this article? Also, check out “Eugen Sandow: The Child Who Became the Father of Bodybuilding“.