Life Inside Oymyakon, Where Eyelashes Freeze 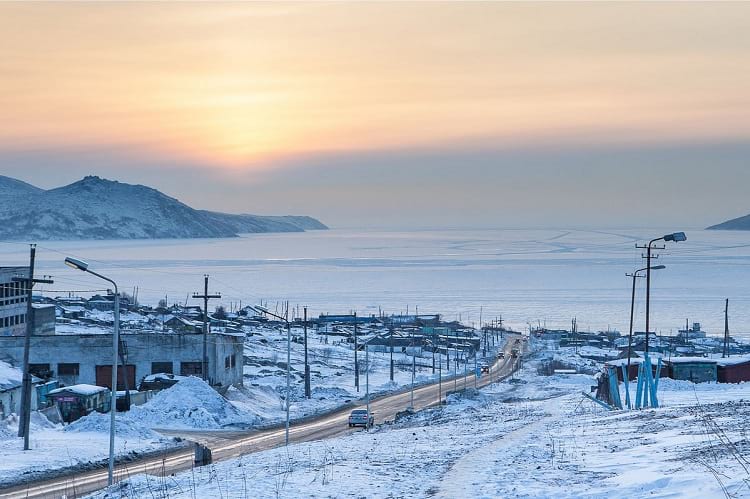 Oymyakon is a small village, with a population of about 500. It is located deep in Siberia in Oymyakonsky District of the Russian province of Sakha Republic. This region is also known as “Stalin’s Death Ring”. It is historically the coldest place in the world that is permanently inhabited. It boasts of the lowest recorded temperature outside of Antarctica i.e. -71.2° C.

Oymayakon derives its name from the nearby Oymyakon River. The name of the river is believed to have come from two different words of the even language, both with almost opposite meanings. The first word is “kheium” which translates to “an unfrozen patch of water; a place where fish spend the winter” and the other being “heyum” meaning “frozen lake/water.” The first definition can be found in the “Geographical Names of The World: The Toponymic Dictionary” by E.M. Pospelov. 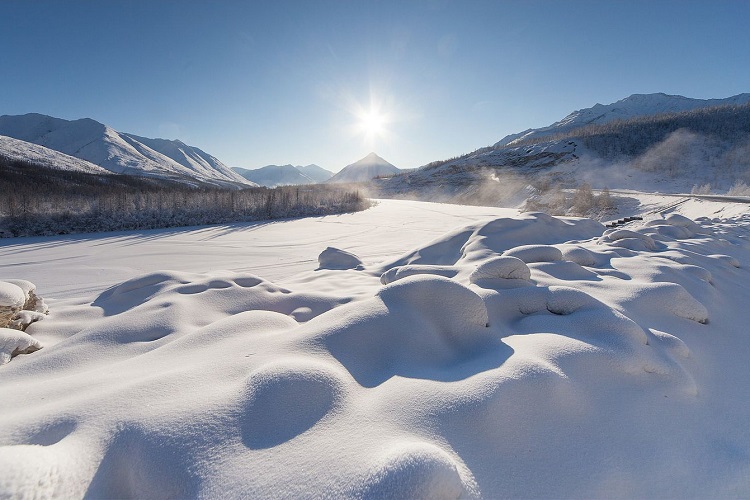 Topography and living conditions of Oymyakon

The extremely low winter temperatures in Oymyakon are not just a consequence of it being located in the sub-arctic region. The topography of the region plays a critical role too. Oymyakon is situated in a valley, surrounded by an elevated terrain. This causes the frigid air to accumulate in the valley. Reports of International Glaciological Survey suggest that there is an increase in temperature by as much as 10° C when we travel to higher altitudes in the region. This causes Oymyakon to endure temperatures much lower than other settlements in the region.

Oymyakon undoubtedly is a remarkable place. Before the broken thermometer, the frozen eyelashes of Anastasia Gruzdeva, a Ukrainian tourist visiting Oymyakon, had already given the village a ‘viral’ status on the internet. You might want to move here for the sheer peculiarity of the place. But it’s a place your kids clearly wouldn’t want to migrate to if they love staying home from school on their snow days. You cannot skip school unless the temperature falls below -52ºC.

The people who decide this figure live in a place where the average winter temperature is below -30° C. Like parents everywhere they want their children to study, probably so they can leave Oymyakon. 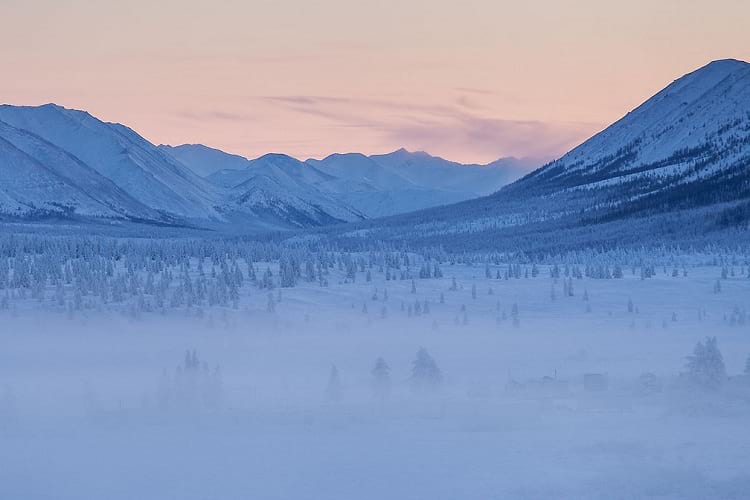 It is already apparent that living in a place like Oymyakon won’t always be smooth sailing. But residents of Oymyakon get by or admittedly enjoy their lives in the village. They attribute it to plenty of fresh air and water to enjoy. They seem to live long disease-free lives eating dairy products, reindeer meat, horse meat and fish.

Some go on to live as long as 117 years. But dying there would seem equally daunting especially during winters. Burying their dead requires a long fight with Mother Nature. The always-frozen (also called permafrost) ground is impossible to dig. Small fires are ignited over several days to soften the ground. Then only any digging can occur. Digging a big enough hole to bury a coffin typically takes days. 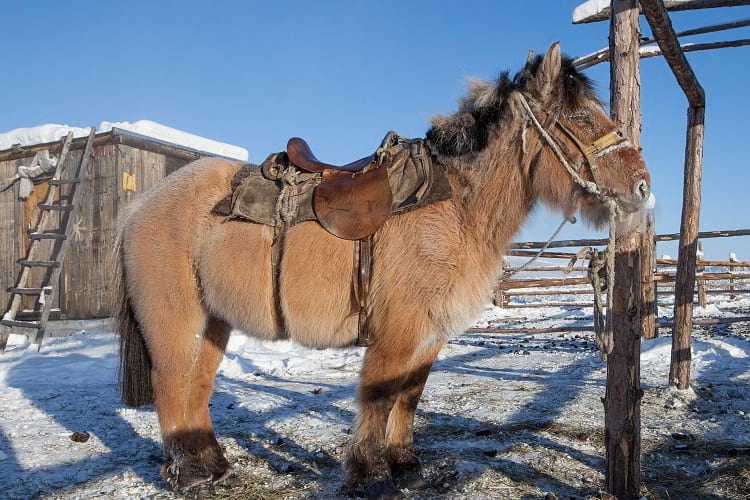 A Yakut horse, native to Yakutia region. It is known to be capable of enduring the extreme climatic conditions of the region. (Maarten Takens / Flickr)

Being in the subarctic region, the sub-zero temperatures are not the uniquely unusual thing about Oymyakon. The summer days here are 21 hours long while the winters have only 3 hour long days. The summers are quite pleasant and not as cold as you would expect. Some days in July and August the daytime temperatures can go as high as 30° C.

And hence Oymyakon is claimed to be one of the only three places in the world with temperature range greater than 100° C. Broken thermometers and frozen eyelashes are not all that you get in Oymyakon. If you can make it through the harsh winters, there is always a balmy summer waiting for you. Isn’t that what life is all about?

Enjoyed this article? Also, check out “Verkhoyansk: Sitting on Permafrost with a Temperature Range of 105 Degrees Celsius“.