Overtoun Bridge: A Mysterious Site from Where Dogs Leap to Their Deaths 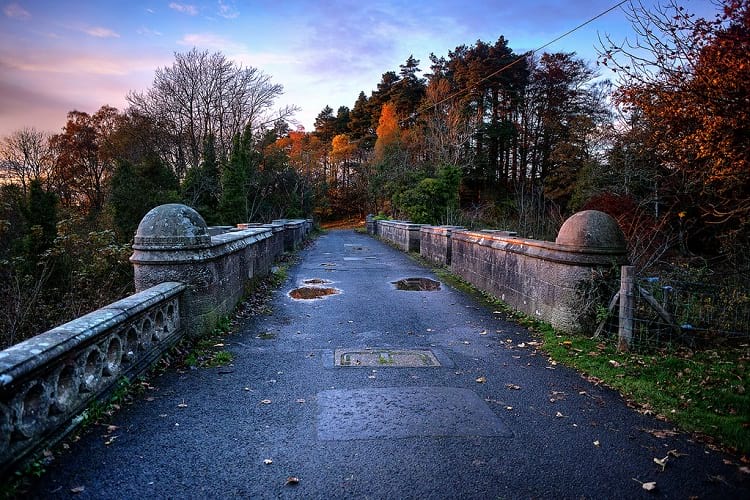 Overtoun bridge during sunset. (© Joe Son of the Rock / Flickr)

Scotland is one nation, which is not just rich in natural beauty and resources but also has a unique identity of its own. Right from the traditional clothes the Scottish people wear to the food they eat, one can never find this kind of exclusivity anywhere in the world. But apart from the many strange things that have become a part of pop culture originating in this country, there is one bizarre happening that has puzzled people worldwide. Not many people know but a bridge in this mysterious country lures dogs to jump to their deaths.

Located in Milton in Dumbarton, Scotland, the Overtoun Bridge was built in 1895 by H. E. Milner – one of the most successful landscape architects and civil engineers of the 19th century- at the behest of John Campbell White, also known as Lord Overtoun. A Category B-listed structure, the ornate yet heavy granite Overtoun Bridge was constructed over the Overtoun Burn creek as an approach road to Overtoun House – the property owned by the Baron.

As the businessman-turned-political-figure bought nearby lands to expand his estate in the late 1890s, he hired Milner’s services to construct a bridge that would make travelling to and fro from his mansion a lot easier. 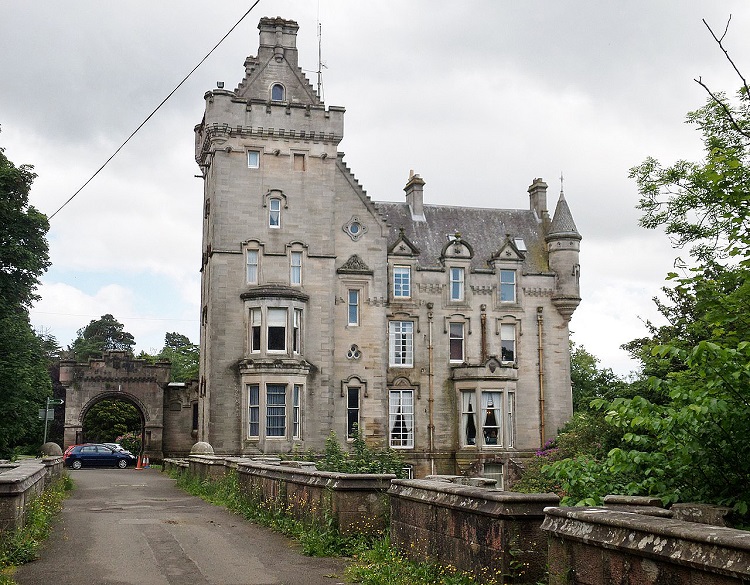 The mansion across the bridge. (Rosser1954 / Wikimedia Commons)

Incidents on the bridge

But ever since the bridge was constructed, news quickly spread that it was haunted and locals started to believe that it was a hub of paranormal activity. In 1994, a man named Kevin Moy threw his 15-day-old son from the bridge, stating that the child was the Devil incarnate and hence needed to be killed before it could inflict humankind.

The 32-year-old new father also tried to commit suicide by jumping off the bridge but his attempt was thwarted by his wife. When he was taken to the Overtoun House, Moy tried to end his life by slashing his wrists and failed yet again. Though his infant died in a hospital the very next day, he was presented before the court, where the jury acquitted him in the case for being clinically insane and ordered him to be detained in the state hospital. But that was not where the problems began. Back in the 1950s and 60s, a bizarre phenomenon rocked the West Dunbartonshire County, as dogs started leaping to their deaths from the top of the Overtoun Bridge. After as many as 50 dogs jumped off the bridge, canine psychologists and animal behavior experts started to look into the matter with deep concern.

One animal behavioral specialist came up with an explanation. Stan Rawlinson said that canines or animals in general, could become depressed but they have no sense of decision-making, hence dogs committing suicide was totally out of the question. He was also of the opinion that since dogs are colour blind, they see the bridge (and every other thing) in a pastel shade, which blends with its surroundings. As a result, dogs cannot gauge where the edge of the bridge is, which could also be one of the reasons for canine casualties. Rawlinson however, stressed on the fact that dogs can sense the occult and that could be one possibility, which led them to take such a drastic step.

Local expert Stan Rawlinson’s vague explanations did not suffice other animal behaviorists and they stepped forward to dig deeper into the matter. What came out of their extensive investigations was baffling. Researchers found that dogs were jumping off the bridge on a clear day from the exact same spot and all the dogs belonged to the dolichocephalic breed, meaning they were all long-snouted (like German Shepherd, Scottish Terrier, Doberman).

Dog behavioral consultants summarized that there’s science behind it all. Noted animal behaviorist, Dr. David Sands, offered his insight into the curious case. He said small animals like squirrels, minks and mice that nested under the bridge were letting off a peculiar smell, which stimulated the dogs’ olfactory nerves. As a result, these long-nosed canines, with a strong sense of smell, were lured into hurling themselves off in pursuit of the smaller animals.

He also added that dogs are naturally inquisitive like any other animal, and wanting to peer down the bridge is one of the most logical reasons why they tried to get closer to the edge, resulting in their fall.

But when locals convinced them that minks were never found in the area, they had to start looking for newer angles again. As of now, approximately 600 canines have tried to leap to their tragic end from the century-old Overtoun Bridge, hitting hard 50 feet on the rocky surface below. Eyewitnesses also say that if a dog fails in its first attempt, it returns to the edge to jump for the second time.

The Scottish Society for Prevention of Cruelty to Animals (SPCA) is continuously working towards finding the trigger that has led so many canines to meet such a fate, but it has only come to a naught each time. Meanwhile, it has also alerted citizens to keep a strict watch over their pet pooches while crossing the obscure bridge.

Enjoyed this article? Also, check out “Animal Suicide: Do Animals, Like Humans Resort to Ending their Own Lives?“.