Nemi Ships, the Floating Palace, and the Lynching of Fanatic Dictators Nemi ships are the first ever luxury cruise ships built by a debauch Roman emperor, Caligula, in 1st century AD. The ships sank in the lake in the 1st century AD and were salvaged to a museum in the 19th century, interestingly by another eccentric ruler, Mussolini. 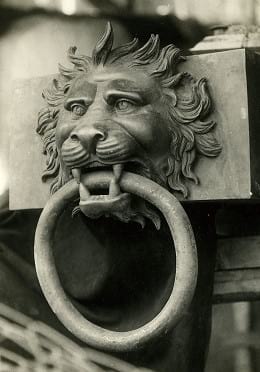 The ships, two in number, were made of cedar wood. Measuring 230 feet x 66 feet and 240 feet x 79 feet, these covered a large area of the Lake Nemi’s water surface (1.67 square Kilometres). With plush interiors and classy built, these ships were clearly ahead of their time in terms of architecture and engineering. The larger ship was called ‘Floating Palace’ while the other smaller ship was a temple dedicated to goddess Diana.

The front portion of the ships (barges) was studded with jewels. Doors and windows were made of bronze. Ball bearing of lead was used to minimise friction in furniture and fixtures. The floor was made of glass and marble. Symmetrically arranged bronze sculptures and upholstery of precious metal gave royal ambience to the living space. Hot and cold water ran through the lead pipes inscribed with the emperor’s full name, Gaius Caesar Augustus Germanicus. Piston pumps ensured the flow of water in pipes. Hot water was used for bath and cold for drinking and running of fountains. Barges built by Hellenistic (323BC-31BC) rulers of Syracuse, Sicily, and Ptolemaic rulers of Egypt seem to have inspired Caligula to make Nemi ships. He, it seems, went all out to prove that Rome could make better ships compared to those made in Sicily and Egypt. 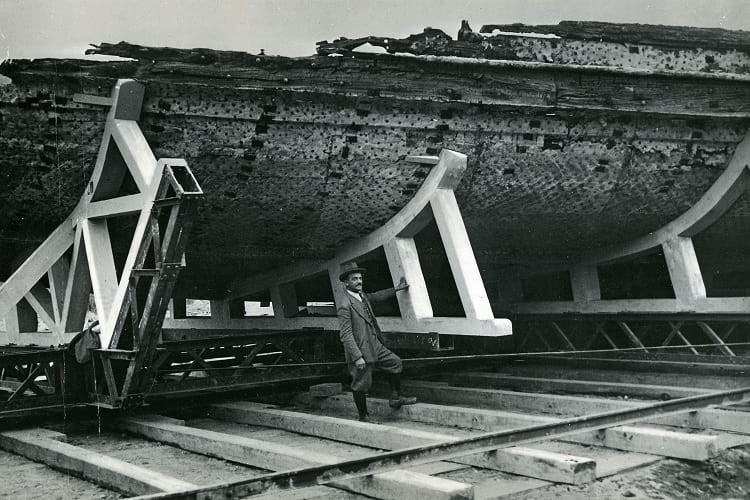 The man behind Nemi Ships

Caligula, the delinquent third emperor of Rome spent lavishly on the construction projects. Not content with living in land villas, as Roman kings did, he went in for villas on water, the floating palace, the Nemi ships. These were rudderless ships and could move on water only by pulling of chains tied across the lake. Sails, made of purple silk, were just ornamental. Their splendour and novelty attracted a large number of visitors from Rome as well as from outside.

According to Historians, these luxury boats were used by the depraved ruler, Caligula for sinister and salacious objectives. That was in tune with his maverick and errant character. He punished high ranking senators for no rhyme or reason, womanised recklessly and was in an incestuous relationship with his sisters. He was so whimsical that once he proposed enrolment of his favourite horse as a member of the Senate. Hull of the second Nemi Ship. (Historical photographic archive of the L. da Vinci Museum of science and technology)

Thin and sickly with unkempt overgrown hair, he lived like there was no tomorrow. Far from moderating his ugly looks, he accentuated it all the more by villainy in facial expressions and wearing weird clothes. He called himself God and made a game of torturing his enemies to death. Floating palaces were an ideal hideout for Caligula to indulge in vile activities of all shades and description.

A benign view on subject holds that the smaller of the two ships was the temple of Diana – the goddess of the hunt, the moon and nature in Roman mythology. Nemi is Latin word for ‘grove’. Surrounded by Alban Hills, the lake is a great scenic beauty. The ancient name for the lake area was Speculum Dianae or ‘the mirror of Diana’. According to Roman author and administrator, Pliny the young, lake Nemi was a sacred lake and Roman law prohibited any ship sailing in its water. An exception though was made for Caligula to launch Nemi ships. 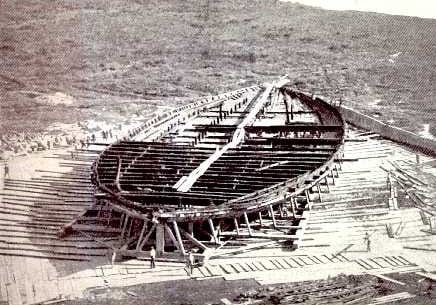 The first Nemi Ship with people in foreground. (Unknown)

Why were the two floating palaces allowed to sink?

Interestingly, the fact of Nemi ships’ burial in lake water was known since the very beginning. Some attempts were made to dig them out too, damaging their body structure. In 1446, leaders Cardinal Prospero Colonna and Leon Battitsa Alberti tried to pull ships out of lake water with ropes but failed. In 1827, Annesio Fusconi built a floating platform for same, but couldn’t succeed. Finally, it was left to the Fascist government of Benito Mussolini to excavate the ships from their watery grave in 5 years of dedicated attempt (Oct 1928 to Oct 1932). Siding with Germans in World War II, Mussolini was deposed in 1944 as the tide of the war turned in favour of allies. On May 31, 1944, Lake Nemi Museum was hit by shells fired by the allied forces and the remains of Nemi ships preserved there were charred to ashes.

Caligula sat on the throne in 37 AD and was assassinated in AD 41 by his own bodyguards. Dictator Mussolini too died violently, killed by his own countrymen in 1945. The man who conceived the idea of Nemi ships and the man, who excavated them for public view, both met a grisly end.

Enjoyed this article? Also, check out “MS The World: Life on Board the World’s Largest Residential Cruise Ship“.