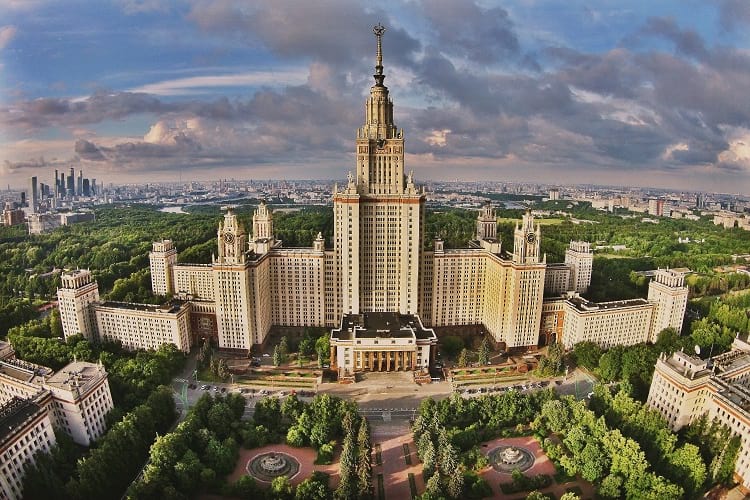 Of the 3 towers making up Moscow State University, the one in the centre is the tallest. This tower is the main building of the university and the tallest educational building in the world. The tower was inaugurated on 1 September 1953 and has served as the headquarters for the university since then. It has a gigantic height of 240 meters which is more than twice the height of the Statue of Liberty. Atop the tower sits a spire which in itself is 57 meters high and the spire is topped with a five-pointed star weighing 12 tons. This tower is also the highest of the Seven Sisters, which is a nickname given to the 7 tallest Stalinist buildings in Russia. They are noteworthy because the buildings are designed in accordance with Russian Baroque and Gothic styles of architecture combined with the technology of American skyscrapers. The other 6 towers are Hotel Ukraina, Kotelnicheskaya Embankment Apartments, Kudrinskaya Square Building, Hilton Moscow Leningradskaya, the Ministry of Foreign Affairs, and the Red Gates Administrative Building.

The Moscow State University tower is to Russians what the Empire State Building is to the Americans. It is a building of immense commendation for them. The university is adorned with statues of notable people, some of them are of students that went to MSU and the one that stands out is the statue of Mikhail Lomonosov, the founder of the university. The main tower of MSU remained the 7th tallest building in the world and the tallest in Europe since its inauguration until 30 years later in 1988 when it got superceded by the MesseTurm tower in Germany. It is also the oldest university in Russia and has inspired designs for many other buildings including the Palace of Science and Culture in Warsaw, Poland. 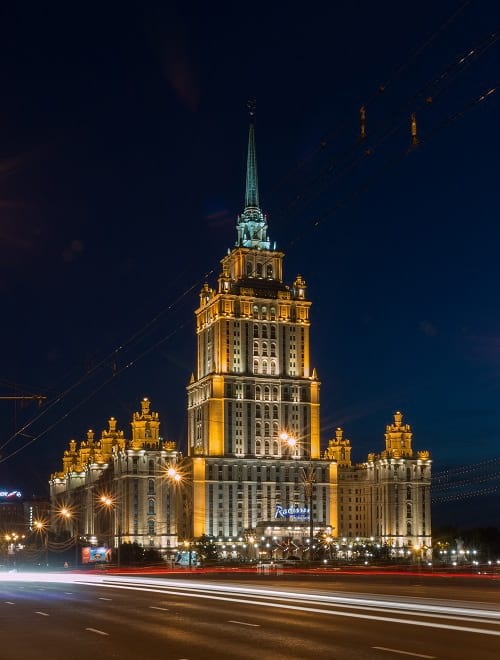 The designer of Moscow State University

The entire building was designed by an architect called Lev Rudnev, and it was one of his finest works. He was awarded the Stalin Prize in 1949 for the project. Rudnev was a great practitioner of Stalinist Architecture. This is the type of architecture that was practised in the Soviet Union during the leadership of Joseph Stalin till Nikita Khrushchev declared the end of it.

Rudnev had been earning awards for his creations since he was 26 years old, and finally went on to get his certification for architecture when he was about 30. One of his most notable awards after the Stalin Prize was for a monument called Victims of the Revolution that stands on graves of the victims of the February Revolution in the Field of Mars in Saint-Petersburg. After the Second World War, he also actively took part in reconstructing destroyed cities of Russia. He passed away in 1956, three years after the MSU tower was completed. 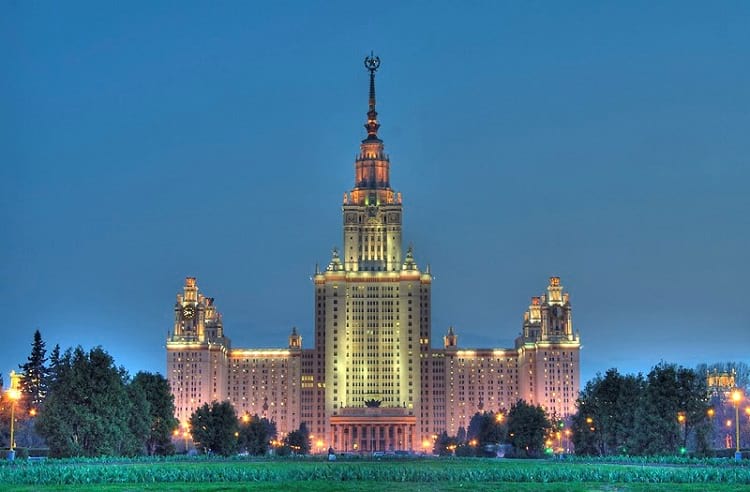 The campus life on MSU seems to be quite interesting. The building itself contains over 5000 rooms and has 4 huge towers reserved only for student and faculty housing. The students and faculty are entitled to a theater, museum, swimming pool, salon, and cafeteria in addition to the basics such as a library, police station, post office, laundry, canteen, ATM’s and a bomb shelter. Although, their main library wouldn’t be considered just basic since it’s the largest in Russia with over 5 million books. As of the latest update, the university has 39 faculties with a few new ones having been added recently like the Faculty of Physics and Chemistry and the Faculty of Higher School of Television. There are an impressive number of students, staff and faculty at the university. Its 15 research centers are used by 5000 researchers, and there are more than 40,000 undergraduates and 15,000 staff members. The university also hosts 2000 students and researchers once a year. Given these statistics it’s would be of no surprise that the Moscow State University is one of Russia’s most prestigious institutions. 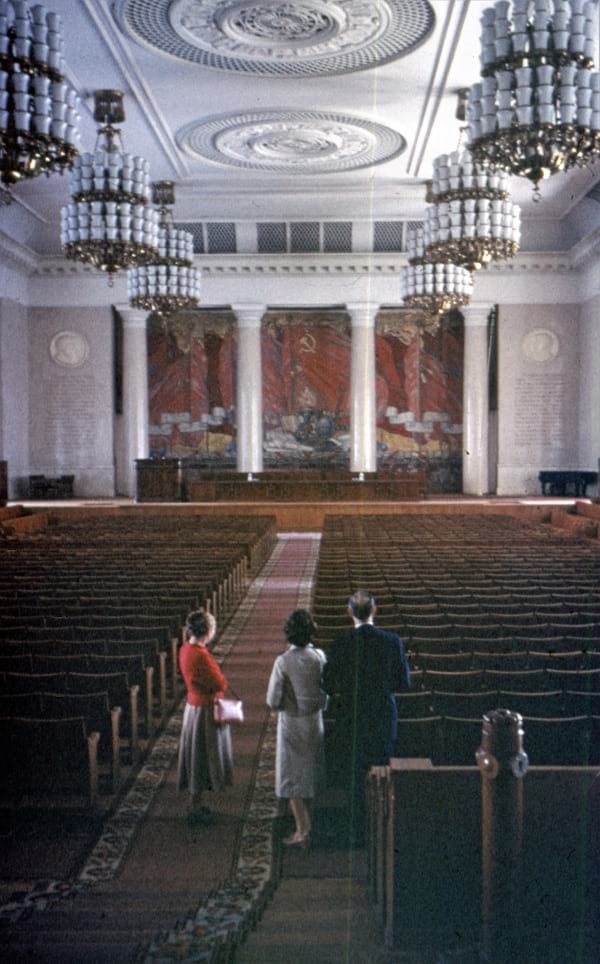 There are few legends surrounding the building as well. It is said that the material needed for construction of the building was prepared by Hitler but was later stolen back to Russia by the Red Army. Another story also mentions that German war prisoners were used for constructing the building and at the end, many of them were walled alive inside the buildings. While we probably won’t find out the authenticity of these legends, we can definitely marvel at its architectural ingenuity.

Previous Article
Jack the Baboon Once Served as a Railway Employee for 9 Years and Didn’t Commit a Single Mistake
Next Article
Tarrare: The Man Who Ate Too Much Yet Stopped at Nothing