Monowi, Nebraska: A Village in Boyd County, United States with a Population of One 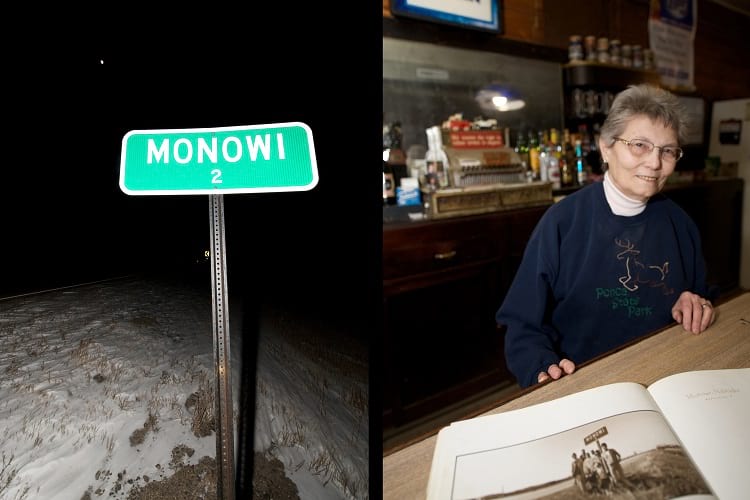 Imagine living in a village in which you are the sole inhabitant. That makes you the soul of your community. The life of the neighbourhood. You don’t have anyone to talk to, but that’s okay. You don’t have the time to be lonely, considering that you’re running everything in the village yourself.

While that may sound like a tall tale, there is actually such a person and such a village on this planet. To be precise, the village is in the US state of Nebraska and is called Monowi. It has a population of one.

According to the 2010 census, Monowi village has the distinction of being the only incorporated municipality in the country to have only one resident. There are other places in the US where there is a population of one – PhinDeli Town Buford in Wyoming and Hibberts Gore in Maine – but they are unincorporated. In recent years, a population of one have been recorded in Rochefourchat in France, Jordan River in Canada, Villa Epecuen in Argentina, Tomioka in Japan, and Cass in New Zealand.

Monowi is located between the Niobrara and Missouri rivers and occupies 0.54 square kilometres of land. In 1902, when the Fremont, Elkhorn, and Missouri Valley Railroad was being built through the area, the Pioneer Townsite Company drew up plans for a village and named it Monowi. The name came from the prairie flowers growing at the site which were called ‘monowi’ in the local Indian language.

In the 1930s, the village’s population count was 123, and this was its highest ever. It wasn’t to last. The main issue with Monowi was that the area was not very conducive to farming, and most of the folks who settled there wanted to attempt farming. Despite their determination and hard work, there wasn’t much they could do about the poor soil condition. Over the decades, finding farming too difficult of an endeavour, many of the residents began to migrate elsewhere in search of employment.

The 1955 census listed 99 residents in the village, and, by 1980, the population had dwindled to 18. As fewer people visited the village and traffic diminished, the railway authorities discontinued the railway to Monowi. Soon, the post office closed as well. Realizing that the village had no future, more residents moved away.

The village now has dozens of abandoned buildings, and the prairie is slowly reclaiming the land. The population census of 2000 recorded the population count of two, a married couple, Rudy and Elsie Eiler. Elsie Eiler, a citizen of Monowi

Ever since her husband Rudy passed away in 2004, Elsie has been the only person living in Monowi. Some of her grown children live in nearby cities and visit her often.

Being a single citizen of Monowi, Elsie stays busy. She established a small library in memory of her husband and named it Rudy’s Library. Elsie acts as the librarian, taking care of around 5000 books which were part of Rudy’s private collection. Anyone wishing to borrow books and magazines to read can do so, or they can just browse through the library. She is the proprietor and the bartender of the Monowi Tavern, which she and her husband opened in 1975 after they decided to settle in Monowi. She is, of course, the only full-time staff at the bar, serving burgers, hot dogs, salads, fries, steak, and the coldest beer in Monowi. The tavern is open to visitors all days of the week from 9 a.m. onwards, except on Mondays when Elsie takes the day off.

Occasionally, her children help her out, and she hires other staff when there are large gatherings planned at the tavern. Most days she enjoys spending time with the regular customers from neighbouring towns who consider the tavern a meeting place to talk about life and families and play card games. People passing through the village on their way to other towns often stop here for food and drinks.

As the only candidate and the only voter, Elsie gets elected as the Mayor of Monowi when such elections are held. After becoming the Mayor, she grants herself a liquor license to run the bar, pays taxes to herself, and, every year, produces a municipal road plan to get state funding to maintain the village’s four street lights and water supply. As there is no municipal staff in the village to provide services, Elsie relies on the kind and helpful farming community around Monowi for assistance, such as clearing snow from the street. Also, whenever she needs some help, anybody who is visiting the tavern lends her a hand. 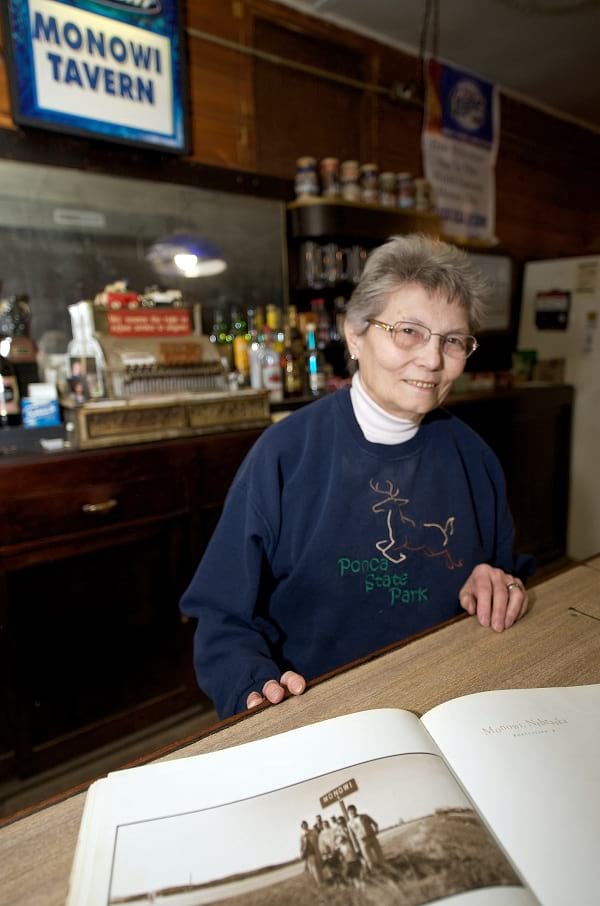 Numerous TV shows, newspapers, and magazines have featured Elsie and Monowi for their unique status. That has brought them fame and curious visitors from all over the USA and from over 40 countries. After the host of a radio show announced that he was going to raise money for Elsie’s village by holding a hotdog roast event, over a thousand people turned up. The summer months attract some tourists to Monowi, even though the village is rather out of the way. Quite a few people feel that places such as Monowi should be preserved. It is, however, an entirely different proposition to convince them to come and settle in the village. All over the Great Plains, which include Nebraska, the collapse of rural economies has led to the depopulation of the countryside over the past five decades. To remain in existence, many towns have come up with schemes like forming artist colonies and building business parks. Some have succeeded and some have failed.

For now, the 84-year-old Elsie Eiler continues to enjoy living alone in Monowi.

Enjoyed this article? Also, check out “Cassadaga in Florida: Home to the Largest Psychic Community in the World“.

Previous Article
The Disappearing Aral Sea and its Abandoned Ships
Next Article
Fort Montgomery: When North America Made a ‘Monumental’ Mistake on the Other Side of the Border