What is a Micronation? and Some of the Most Popular Micronations in the World

Many people often take the existence of their nations for granted, sometimes forgetting that the concept of a nation with boundaries is an artificial man-made one. That it came about only because a group of people came together and decided, based on mutual goals and agreements, to assign borders to a certain land – which they already lived in or to which they migrated – and declare it to be their country.  This is how large and small nations came about, and this is also how micronations form. Except, with micronations, you don’t even need a group to get started. You can declare a new country right on your own.

A micronation is a small area whose owner or residents have declared it to be an independent nation. That is, independent from the existing country in which the area is located. There are over 400 such micronations across the world. They may have a single resident or many more. They may have their own government and laws. However, they are generally not recognized by any other world government or by any international organizations. That is how they are differentiated from microstates such as Bhutan and Luxembourg, which do have global recognition as independent countries.

Let’s look at some of the well-known micronations from around the world:

The Republic of Minerva

This micronation was formed on land reclaimed from reefs in the Pacific Ocean. In 1972, the real estate mogul, Michael Oliver, came up with the idea of creating a libertarian society that would be free of all governmental interference. His group built a tower on the reclaimed land, created a flag and currency, and, on the 19th of January, declared the Republic of Minerva to be an independent nation.

It might have been the dawn of a bright new future, except Tonga laid claim over the territory and the libertarians showed no inclination to fight to keep their nation. Since then, various groups have unsuccessfully tried to occupy the reefs, the last time being in 1982. Now, the ocean is claiming back the reefs.

The Principality of Sealand

A pirate radio broadcaster, Paddy Roy Bates, wanted to bypass the British government’s draconian broadcasting restrictions, and, so, he decided to start his own micronation and set up a broadcasting station there. He selected the fort of Roughs Tower for this purpose. The British had built this fort during the Second World War, but they had been forced to abandon it afterwards since they had constructed it 11 kilometres off the UK’s eastern coast in international waters. 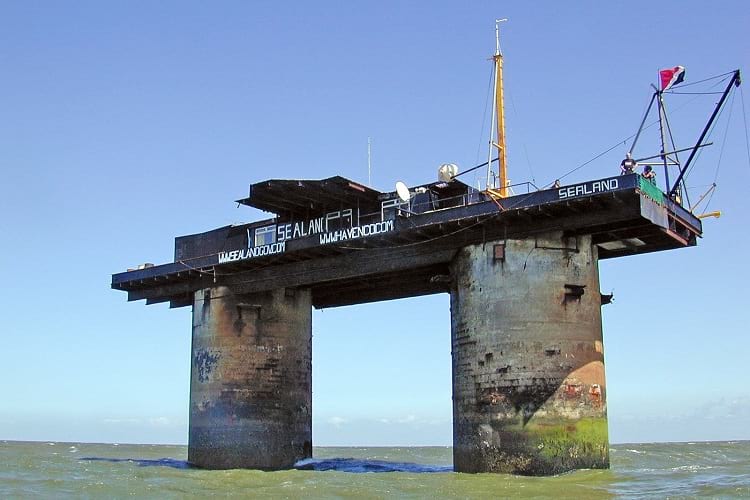 Mr. Bates moved to the fort with his family and some friends in September 1967 and formed the Principality of Sealand. The Bates family, naturally, are the heredity rulers of the micronation. They have a flag, coins, postage stamps, and even issued passports. In 1982, the United Nations Convention on the Law of the Sea extended the limit of national waters to 22 km. This effectively brought Sealand into Britain’s sovereign territory. It is now managed by caretakers of the Bates family. In 2000, HavenCo, an Internet hosting facility, was established there. The micronation has a website and newspaper that keep the world informed of their activities.

To visit the Principality of Seborga, you will have to head to Liguria in north-western Italy. Unlike most other micronations, Seborga is not a new creation. It has a very interesting history that spans back to several thousands of years. The area once belonged to the Counts of Ventimiglia and then the Benedictine Monastery of Santo Onorato became the new owners. The Monastery’s Abbot had been proclaimed a Prince of the Holy Roman Empire in 1079. The Monastery controlled the area until 1729, which was when they sold it to the Savoy dynasty. The Italian territories were reorganized after the Napoleonic Wars of 1815 and later again after the unification of Italy in 1861. However, Seborga finds no mention in the list of these reorganized territories. 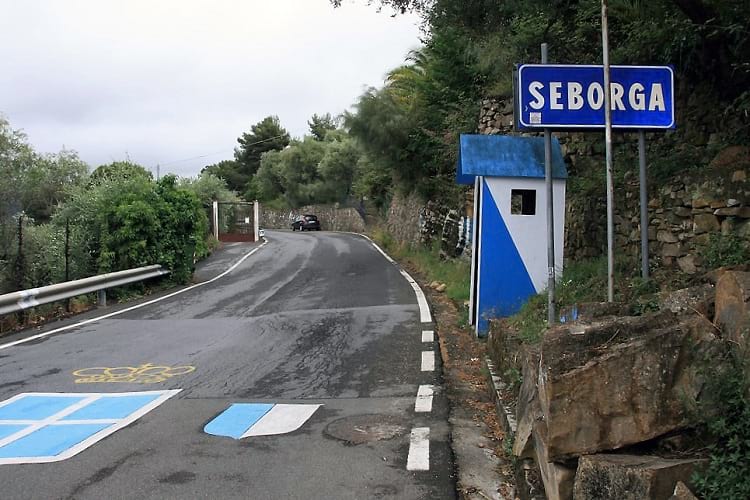 In any case, it got into the limelight in the 1960s. This was when Giorgio Carbone, the head of the local flower growers’ cooperative, convinced the residents that since there were no ownership records for Seborga, they could consider it an independent nation. He was elected as its leader and assumed the title of Giorgio I, Prince of Seborga.

The citizens of Seborga elect a monarch and an advisory council every seven years as per their constitution. Its existence as a principality is a tourist attraction. For all practical purposes, this micronation is just another town in Italy.

The Principality of Hutt River

Spread over an area of 75 square kilometres in the state of Western Australia, this micronation is larger than many countries such as Ireland and Sri Lanka. The area is the Casley family’s farmland, where they primarily grow wheat. In 1970, the government introduced quotas for wheat production which had a negative impact on the Casley farm. So, Leonard Casley decided to secede his land from Australia and became His Royal Highness Prince Leonard I of Hutt.

The principality has a bill of rights, which describes the rights of citizens, and all the usual things that a nation has such as currency, stamps, businesses, taxation, vehicle registrations, and passports. Besides wheat, the micronation exports wildflowers and other produce.

Despite their declaration of independence, the Principality of Hutt River has no legal status as an actual independent entity. The Casley family continues to pay all the local government taxes as mandated in Australia. The attempt at being a micronation, however, brought fame to the Hutt River province, and over 40,000 tourists visit it, giving a boost to the area’s economy.

The Kingdom of Redonda

Located near the Caribbean island of Montserrat, the Kingdom of Redonda is an island kingdom that author Matthew Phipps Sheil established in 1929. It began as a publicity stunt for his horror and science fiction novels, but he claimed to be a descendant of the Kings of Ireland and took his new nation very seriously. He established the tradition of passing on the Kingship of Redonda only to published authors.

His successor, the poet John Gawsworth (Juan I) attempted to sell the title in England. After him came Jon Wynne-Tyson (Juan II), Bob Williamson (King Bob the Bald), and Michael Howorth who is called King Michael the Grey of Redonda. He is a sailor and a magazine writer, writing mainly about travelling, boating, and yachting. He ceremoniously received a gold painted pineapple and sugarcane as symbols of Kingship when he was crowned the King in 2009 by an Archbishop of Antigua.

There is no infrastructure remaining on the island after it was abandoned by the guano and phosphate miners during the First World War. The Government of Antigua and Barbuda indulges the whimsical Kingdom of Redonda to promote it as a sailing destination.

The word micronation was coined in the 1970s to give a name to the rising phenomenon of people proclaiming an area as independent from a ruling country. In recent years, the Internet has enabled many social groups from across the world to form micronations; most of them are virtual and also known as nomadic countries. Whatever form they have, micronations shed an interesting light on what it means to be a nation.

Enjoyed this article? Also, check out “Maunsell Forts: The Forts That Tell the Tale of WWII“.

Previous Article
Old Penn Station: A Colossal Railway Terminal That Was Once a Crown Jewel of New York’s Heritage
Next Article
The History of Breast Tax and the Revolt of Lower Cast Women in 19th Century Travancore