Life of Ishi: The Last Surviving Member of the Yahi Tribe 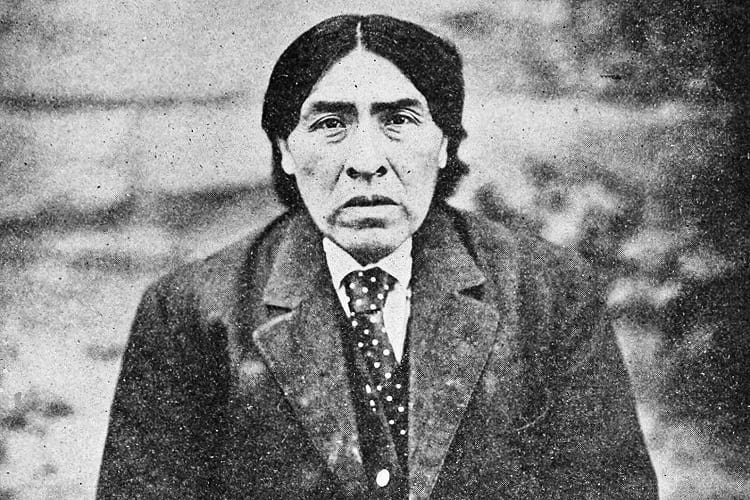 Imagine being hunted by people hellbent on killing you and your family, and, therefore, staying hidden for most of your life. And then, after all that, seeing your family and all your friends driven to their deaths, and finding yourself all alone in a hostile world. This, in a nutshell, is the story of Ishi, the Native American who is widely considered to be the last surviving member of the Yahi Tribe.

Ishi, the Native American of the Yahi Tribe

He was born sometime in 1860 or perhaps earlier. There is no exact record of his birth, but the first official record of him is from 1865. Settlers, who claimed that the Yahi were responsible for stealing cattle and killing some settlers at Lower Concow Creek near Oroville, described a young boy that was part of the group.

Shortly afterwards, 16 or 17 so-called Indian fighters attacked the Yahi camp and killed around 40 people in what became known as the Three Knolls Massacre. Some 33 Yahi managed to escape, but half of them were killed later and most of the others shortly thereafter. Ishi and his immediate family, which consisted of his mother, his sister, and his uncle managed to get away.

The background of the Yahi Tribe

The Yahi tribe was an offshoot of the Yana tribe, and, prior to the arrival of the white man, had lived for centuries on their traditional lands near the foothills of Mount Lassen. They were never numerous to begin with. There were around 400 Yahi people and 3000 Yana people before the California Gold Rush.

They moved around the thick forests, hunting deer, fishing for salmon, and foraging for wild vegetables. It wasn’t exactly an idyllic existence though. They had enmities with other native American tribes such as the Wintu, the Nomlaki, and the Maidu. These tribes portrayed them to the white settlers as ferocious and warlike people.

The destruction of the Yahi Tribe 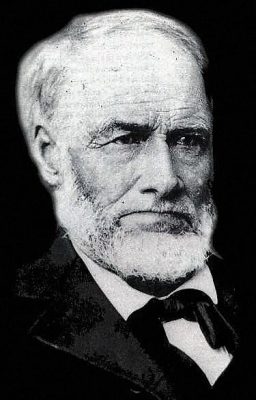 In 1848, James W. Marshall first discovered gold in California and that set off the California Gold Rush. By 1849, the area was flooded with prospectors and people of different stripes, all determined to make a fortune. They were a hardened lot, caring only for money and profit. It would not have even occurred to them to have any concern for the native population. When most of the easily found gold had been mined by 1855, the avaricious crowd moved to the hills to look for more.

Their intensive gold mining activities poisoned the streams and depleted the salmon and frightened off the deer. The miners and settlers laid claim on the traditional Yahi lands and began threatening the inhabitants. Their aggression resulted in the California Indian Wars that lasted from 1850 to 1880. Armed with only primitive weapons, the Yahi warriors did not stand a chance against the gun-toting miners and settlers.

Considering the Yahi to be no better than vermin, the newcomers embarked on a killing mission. They hunted them down and slaughtered them.

In this way, the entire Yahi tribe was decimated. Ishi and his family, as mentioned earlier, somehow escaped and hid deep within the forest for the next 40 years.

The plight of Ishi and his Family

Towards the end of 1908, a group of surveyors stumbled upon the little, makeshift village in which Ishi’s family had been living. Ishi was not there then – although, one of the surveyors had seen him fishing the day before and had reported it to the group; they had refused to believe him – but the others, his uncle, sister, and mother were. The uncle and sister ran off to hide in the forest, after covering the mother with skins to hide her; since she was ill and bedridden, it wasn’t possible for her to flee.

The surveyors found her there, trembling with fear. They left her alone but stole everything they could lay their hands on. This included the food and tools that the Yahi needed for their survival. It was a callous act that effectively sentenced the survivors to death. One member of the group later claimed that he had tried to persuade the other to not take these things and to take the ill woman to a hospital, but they had ignored him.

Ishi returned after the surveyors departed and took his mother away, but the shock must have been too much for her—she had already seen white attackers murder her extended family before—and she died shortly afterwards. Ishi never found out what happened to his sister and his uncle. He tried to track them but was unsuccessful. It is probable that they too did not survive.

For the next three years, Ishi lived by himself in the forest in total isolation.

On 29 August 1911, the butchers in a slaughterhouse in Oroville, a town near the foothills of Lassen Peak in Northern California, were aroused by the barking and snarling of the dogs outside. Going to check on the commotion, they found that the dogs had cornered a strange, emaciated, middle-aged man. He had burnt hair and was completely naked, except for a worn-out sheet of wagon canvas that was wrapped about his shoulders.

It was Ishi, who, after years of seclusion, had finally been forced by starvation to emerge from the wilderness to forage for food.

There was nothing threatening about him, but, taking him to be a madman, the butchers called the sheriff. The man thus ended up in the local jail. Unable to communicate with him, the sheriff summoned other Native Americans, but they couldn’t talk to him either.

The news of the ‘wild man’ spread around and reached Thomas Waterman, an anthropologist at the University of California, Berkeley. Intrigued, he took a train to Oroville and persuaded the sheriff to release the stranger into his custody. He then brought him back to San Francisco.

Ishi at the University of California 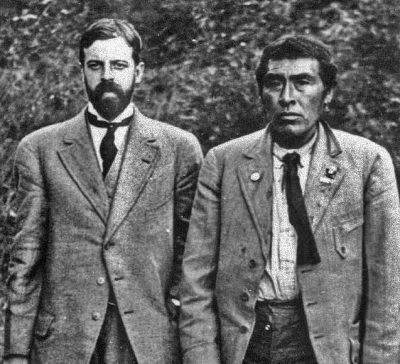 Thomas Waterman arranged for Ishi to live in an apartment at the University’s Museum of Anthropology. He and his fellow anthropologist, Alfred Kroeber, studied Ishi for the next five years. To enable Ishi to continue to remain at the University, they gave him a post as a janitor and taught him English.

The anthropologists learned much from him regarding the Yahi lifestyle, social relationships, ceremonies, traditions, implements, language, and more. Edward Sapir, a linguist who had studied the dialects of the northern tribes, recorded him for posterity. Regretfully though, as Ishi was growing up, most of the elders had either died or been killed, and so he only had limited knowledge of his own culture.

However, he knew enough to refuse to speak about certain things that were considered taboo in his culture. For instance, he couldn’t speak about the dead. Which was frustrating for the anthropologists as it prevented him from talking in detail about his tribal members and family.

He also could not tell the researchers his real name. In Yahi culture, your name was private information that you couldn’t divulge to strangers. Only another Yahi could tell another person your name. Since all the Yahi were now dead, there was no way for Ishi to tell anyone his name.

The researchers, therefore, called him Ishi for convenience. It means ‘man’ in the Yahi language.

During his five years at the University of California, Yahi contributed a lot to the general understanding of the Yahi culture. He also demonstrated his fire-making and implement-making skills to visitors. Furthermore—although, reluctantly—he took the researchers on a tour of his family’s traditional hunting grounds and showed them the places where they had camped as well as the places where they had died. 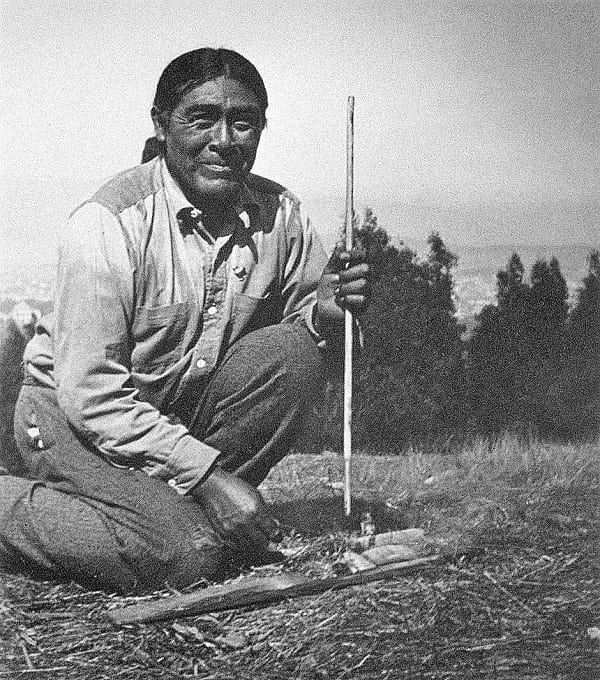 The death of Ishi

Ishi lived for only five more years after he walked down from the mountain into modern civilization. Having lived in isolation for most of his life, he did not have any immunity against the white man’s diseases. He was frequently ill while at the University, and was often in the care of Dr. Saxton T. Pope. He died of tuberculosis, which was then incurable on 25 March 1916.

Despite the fact that Yahi tradition forbade any tampering with the body and before Thomas Waterman could intervene—Alfred Kroeber was away in Europe at the time—the doctors at the University’s medical school carried out an autopsy. Ishi’s brain was removed for preservation and was later discovered to be in the collection of the Smithsonian Museum.

The brain and his ashes were returned to the Yana tribe at the Redding Rancheria – his closest kin – for a proper burial in 2000.

His life has been the subjects of many films and books, including the 1961 ‘Ishi in Two Worlds’ by Alfred Kroeber’s wife, Theodora Kroeber.

More current research suggests that Ishi probably was of mixed-blood origin and certainly not the last of the Yahi as has been widely claimed. Whether that is the case or not, it doesn’t detract from the series of tragedies that marked his entire life.

Previous Article
Submarine Communications Cables: All That It Takes to Keep the Internet Up and Running
Next Article
Bagger 288: One of the Heaviest Land Excavators on Earth