The Lençóis Maranhenses National Park (LNMP) is located in the state of Maranhão in northeastern Brazil. The 155,000 hectares park has 90,000 hectares of shifting white sand dunes and clear water lagoons, scattered in between. This spectacular park is soon becoming a hot favourite tourist spot, already attracting as many as 60,000 visitors in a year.

The uniqueness of the park lies in its unbelievable landscape. The vast spread of white sand dunes with intermittent lagoons of green and blue water, give the park an ethereal appearance. The effect of white (sand dunes) over this immense expanse of land is responsible for the name of the park. Lençóis Maranhenses literally translates to “bed sheets of Maranhão“, in Portuguese.

The sheets of white

Located along the eastern coast of Maranhão, the park includes a 70 km coastal stretch along the Atlantic Ocean, which extends 50 km inland. The vast stretch of white sand with the dunes and bleak empty scenery gives the impression of a desert. But, with 47 inches of rainfall that the park receives each year, it cannot be labelled a desert.

Away from the coastline, towards the inside, the park is situated on the banks of the Preguiças river. It is further surrounded by the Parnaíba River, the São José Basin; rivers Itapecuru, Munim, and Periá. These water bodies around are responsible for the natural phenomenon at the park.

The sand deposits along the 44-mile long shoreline of the park are brought in by the rivers, Parnaíba and Preguiças. The winds during the dry season, especially in October and November, further carry the sand up to 48 km inside the park creating sand dunes as high as 130 feet.

The park is at its best from July to September, just after the rains have ended and before the dry spell begins. In the dry months, the strong equatorial heat starts evaporating the water in the lagoons. The water levels are said to go down by as much as 3 feet/month during that period. That is also the time when due to the strong winds, the sand is swept around, wiping out the older dunes and forming new ones. Hence, the phenomenon of the shifting dunes.

The Lençóis Maranhenses National Park gets 70% of its annual rainfall in the months of January to June. This rainwater collects in between the sand dunes forming freshwater lagoons, approximately 300 feet long and 10 feet deep.

The lagoons cover almost 41% of the park’s area. The rainwater gets filtered as it rolls down the sand dunes, creating the crystal clear water lagoons. The lagoons are present but, for only a few months every year. The water bodies around the park like the Rio Negro, the tributary of the Amazon River, connect with these lagoons flooding them with aquatic life.

The flora and fauna of the Lençóis Maranhenses National Park

Due to the high level of local biodiversity, the Lençóis Maranhenses National Park was declared as a protected area on June 2, 1981. It is now a federal-protected area managed by the Chico Mendes Institute of Biodiversity Conservation (ICMBio). The ecosystem of the park, apart from the mesmerizing sand dunes and lagoons, also consists of mangroves and restingas. Restingas are coastal oases formed on sandy soil which is low in nutrients.

The restingas of the park have small trees and shrubs, similar to the ones found in the Amazon rainforest. The park consists of two restingas, Queimada dos Britos spreading over 2,700 acres and Baixa Grande which is spread over 2,100 acres. 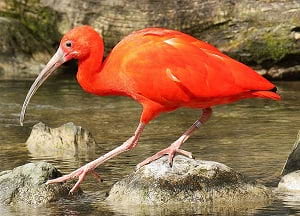 It is also home to 4 endangered species as specified in the International Union for Conservation of Nature (IUCN) Red List. They are; the scarlet ibis, the neotropical otter, the northern tiger cat – oncilla, and the aquatic mammal – West Indian manatee. One of the fascinating creatures found in the park is the wolf fish. It spends the dry season buried under the sand in dampness, emerging in the water at the occurrence of lagoons. The Lençóis Maranhenses National Park boasts of roughly 133 species of plants, 112 species of birds and around 42 species of reptiles.

Though the sand dunes are a constant in the park, the landscape is ever changing. The dunes are erased and recreated over and over again by the winds. The Lençóis Maranhenses National Park is not only a sight for sore eyes but an ecosystem that is fast gaining popularity as an untouched, undisturbed, natural tourist spot. A popular Hollywood movie, Avengers: Infinity War (2018) had scenes shot in this very park.

Previous Article
Dole Air Race: The Daring and Pioneering Conquest Across the Pacific Ending in a Tragedy
Next Article
The Horrors of Hiroshima Bombing: Human Shadow Permanently Etched in Stone