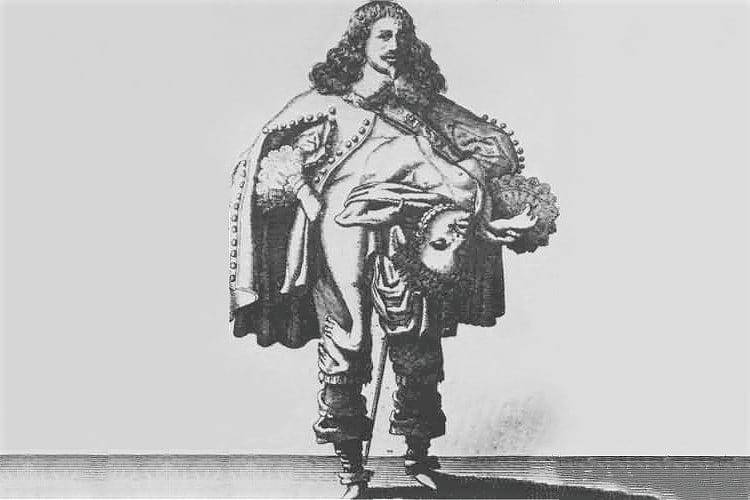 Imagine a court scene. The man in the witness box is sentenced to death, but he isn’t perturbed. Rather, he bursts into a hysterical laughter and for good reason. He uncovers his overcoat and reveals another life, a conjoined twin, jutting out of his chest. He can’t be hanged as that would kill an innocent life, his twin brother, inseparably attached to his body. And the death sentence is revoked.

Remove dramatics in the above description, and what you have is a chapter from history. It happened with conjoined twins named Lazarus and Joannes Baptista Colloredo who were born in Genoa, Italy in 1617, and died around 1646.

The twins were born attached to the breast bone (xiphoid). Joannes Baptista, the lesser twin had his left leg hang downwards with only 2 fingers in each of his two arms, and rudimentary sex organs. The excretion of his biological waste was through the mouth, nose and ears only. Obviously, the major twin was the engine of conjoined life, executing cardinal functions of eating, excreting and blood circulation.

They earned their living by exhibiting their abnormality

The freak-brothers earned their living by exhibits in Europe. Lazarus, the viable twin, was the organizer as well as the principal actor on the show. Well dressed and good looking Lazarus is said to have married and sired several children, all medically normal. The lesser twin, Joannes, was low on consciousness. He didn’t speak, seldom opened his eyes, but elicited pain when pinched or prick. With foul smell, overgrown head (twice the size of Lazarus), toothy mouth and unkempt beard, Joannes was an eerie company, but a passport to immense riches his co-twin earned and enjoyed showcasing their abnormality. A bizarre lifestyle did rankle Lazarus sometimes. He worried for his future and shuddered at the prospect of smaller sibling dying as that would mean his own death too.

Smaller sibling saved the life of the larger

Apart from being the bread and butter, and a critical component of unified life, the lesser sibling, was also a saviour of the major, Lazarus, in litigation. There is an incidence, as revealed at the beginning of this article, of the major twin committing a murder. During a show, Lazarus felt ridiculed so outrageously by a reveller that he gave him a fatal blow. Yet, he escaped death on the legal premise which forbids the killing of an innocent. Killing him would have meant death to the innocent lesser sibling, hence death sentence on Lazarus wasn’t carried out. Twins were a public figure

The freak siblings were quoted as a reference point in mainstream society. Like equating Catholic England with the lesser sibling and the State of England with the better sibling; former thriving at the cost of the latter. The twins were profusely written about and talked about. Even poems were written on their predicament and challenged existence.

How conjoined twins are formed

As for the formation of conjoined twins, there are two theories. One says that during the process of fertilization in the womb, the fertilized egg splits partially, with one portion becoming the host and other the parasite, in the newborn life. The other theory talks of fission, the developing embryo splitting into two separate parts, each developing autonomously. However, the stem cells of the 2 parts, being similar in all respects, tend to meet, entwine and grow together, joining the 2 prenatal lives together, and the shunt persists in post-natal life.

Separating these conjoined twins was never mooted in their lifetime because they shared vital organs and lived in a host-parasite relationship. Moreover, the medical knowledge at that time couldn’t have addressed a complex surgery required for such abnormality.

Enjoyed this article? Also, check out “Chang and Eng Bunker: The Famous Congenitally Fused Twins That Brought the Term ‘Siamese Twins’ in Vogue“.

Previous Article
Duga Radar: Unravelling of the Mystery Behind the Soviet Woodpecker
Next Article
Kármán Line: The Hypothetical Line That Delineates the Earth’s Atmosphere from Outer Space