Krakatoa Volcano: An Earth-Shattering Explosion That Ruptured the Eardrums of Many 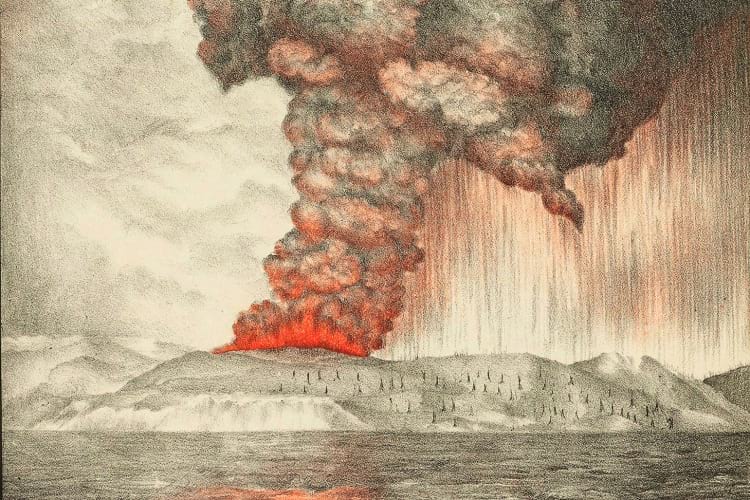 We all know that a volcano is a devastating force of nature, which leaves nothing but a trail of destruction in its wake. But did you know that a 135-year-old volcanic eruption in modern-day Indonesia was so catastrophic that almost half the world heard it in dead silence while the other half was caught in its aftereffects? News of tragedy that accompanied the eruption of Krakatoa volcano spread far and wide, making it one of the world’s deadliest volcanic eruptions, with the loudest sound ever heard in human history.

In May 1883, captain of a German warship named Elizabeth reported seeing black ash clouds arising out of Krakatoa in the Sunda Strait, which lay between the islands of Java and Sumatra in Indonesia. In the days that followed, several other eyewitnesses on commercial and chartered vessels reported hearing loud explosions and seeing incandescent clouds over the island.

Locals are believed to have celebrated the natural spectacle of fireworks, until it all came to a halt on August 27, 1883, when Krakatoa entered into a paroxysmal phase and erupted, producing a boom so loud that it not just claimed around 36,000 lives, but also ruptured the eardrums of many that heard it thousands of kilometers away.

A day prior to the ill-fated date, Perbowatan, one of the three cones of the volcano on Krakatoa, began spewing out ash, pumice and steam, which started to develop vents between Danan and Rakata, the other two cones of the volcano. On August 27, the difference of pressure resulted in four huge blasts, expelling volcanic gas, hot magma and debris from inside and a loud explosion tore through the island, which was heard 4800 km away in Perth in southwest Australia and 4600 km away on Rodriguez Island in Mauritius in the Indian Ocean. The earth-shattering sent shockwaves around the world and the force of the blast was said to be 13000 times greater than the nuclear bomb – Little Boy – dropped on Hiroshima during WW-II.

The aftermath of the explosion

Following the explosion, mountainous tidal waves in the form of tsunamis, as high as 40 meters, began engulfing the 167 coastal villages, quickly killing people that had begun to run towards higher grounds after the volcanic eruption. Ships on voyages near the island were caught in the gigantic waves and eventually sunk to the bottom of the ocean killing many onboard. Thick, black ash clouds blocked out the sun for many weeks and the global temperatures temporarily began to lower as a result. This led to more reddish sunsets while green-blue hues in the sun were observed as far away as in New York.

The volcanic eruption threw ash as far away as 850 kilometers in Singapore and corpses of those that died as a result of tsunamis, floated in the ocean and were discovered as far away as in South Africa. For five days after the explosion, barographs recorded the passage of atmospheric pressure waves bouncing back and forth between Krakatoa and its antipodes as many as seven times. The worldwide devastation that Krakatoa had unleashed became one of the first reported global media events during that time.

Not many know but Norwegian painter Edvard Munch’s famous work of art of 1893 – “The Scream” – is also said to have been inspired by Krakatoa’s tragic events of 1883. Art enthusiasts have debated that the vividly glowing reddish-orange sky above the figure in the foreground describes the artist’s inner angst, astronomers blame it on Krakatoa.

People were largely affected by the volcano almost everywhere in the world, with many hearing its explosions, several others losing their lives and some more seeing its consequences across the globe. The reddish sky in Munch’s painting is also said to be a result of Krakatoa, which was experienced a decade later in Norway too. 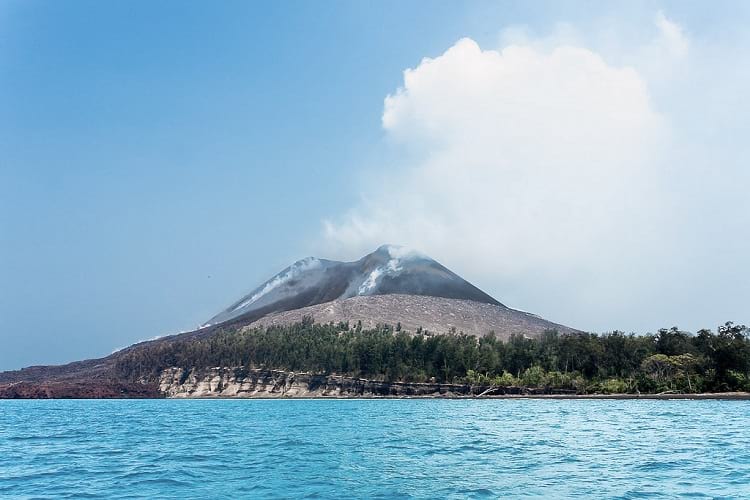 As the islands in Indonesia lie above two tectonic plates, the island nation has witnessed the regular eruption of active volcanoes in the past, but none were as cataclysmic as Krakatoa or Krakatau as local people call it. Almost one-third of the island has been wiped out after the disastrous explosion of 1883 and two-thirds of the island collapsed beneath the sea into an empty magma chamber created after the volcanic activity subsided.

A new island of Anak Krakatoa (dubbed by locals as the Child of Krakatoa) sprung up in 1927 from the caldera that formed after the massive volcano died down, which is also the current site of an active volcano in Indonesia. Though Anak Krakatoa does not pose a threat to the surroundings, it still stands to this day, spewing ash and debris every now and then (last activity recorded in July 2018), reminding us of the horrific events that its predecessor had let loose more than a century ago.

Enjoyed this article? Also, check out “The Great Fire of London: The Blaze That Destroyed 80% of England’s Capital“.