Kowloon Walled City: A Rare Insight of the Once Most Cramped Place on Earth Between two stools a man sits on the ground. Similar woe betides a piece of land falling between 2 states, both indifferent it. The land is Kowloon walled city. A 7 acre stretch of in Hong Kong’s coastal area, used and abused for over a thousand years, yet surviving with astonishing malignancy that has no parallel in the history of human civilization.

Imagine a population of 30,000 housed in 300 high rise buildings in 7-acre land space and you would know the construction couldn’t have been legal and civic. In fact, there was little in the name of law and order at this abominable habitat which began with Song Dynasty ( 960-1280) as an outpost for salt trade. Come 1810 and the place was mutated to a coastal fort.

In 1842 Dauguang, the emperor of  Quing state ceded Hong Kong island, all sans this coastal fort to Britain. Wary of Britain’s colonial march into her sovereignty, the state of Quing used Kowloon, the coastal fort as a nerve centre to protect her independence. In 1898 some additional parts of Hong Kong were handed over to Britain on a 99-year lease. But Kowloon remained out of this deal. Between Britain on one hand and China on other, Kowloon ostensibly belonged to neither of the two.

China though had a token presence in area conditional to noninterference with the overarching rule of British Hong Kong. With the end of Qing dynasty in 1912, the Kowloon walled city fell into the British basket. But British were chary of accepting walled city as their baby and did little for it, that too by way of Church, not state.

During World War II, 1945, Japan invaded Hong Kong and demolished city’s wall to create space for Kai Tak airport for their wartime exigencies. With the surrender of Japan following Hiroshima and Nagasaki bombing China laid claim to this 7-acre human habitation. This period was marked by the civil war in China which led to thousands of Chinese fleeing to Kowloon for British protection. 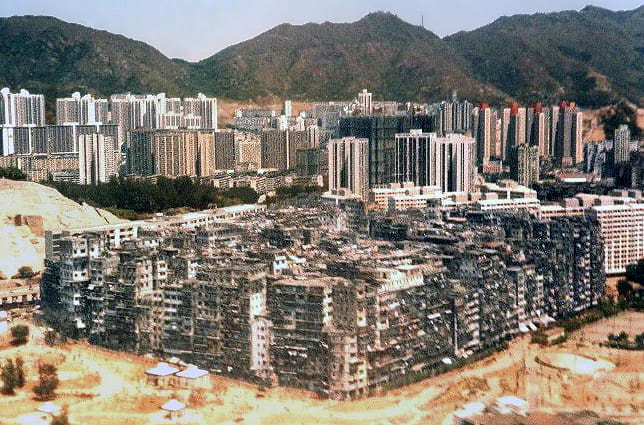 Leaving Kowloon to its fate

By 1947 the refugee influx swelled to 2000. British made half-hearted attempts to drive them out but relented midway and left Kowloon to its own fate and destiny. Long spells of no-rule and misrule made Kowloon a conundrum for Needy, deprived and homeless charting out their own way. Prostitutes, priests, social workers, drug addicts living in close proximity and yet indifferent to each other.

Earlier the Hong Kong police kept a distance from or had only surface indulgence with the walled city which ran on the proxy rule of organised crime syndicates called triads. Mafia ruled the roost till 1973 when dedicated police raids in the area led to arrest of 2,500 goons and a cache of 1800 kg of drugs. Cooperation of law-abiding gentry in the area helped cops rein crime and establish rule of law in the walled city. Food preparation in unhygienic condition and tight spaces was a common sight inside the city. (Forgemind Archimedia / Flickr)

But by then much had already gone horribly wrong. In the 1960s,  3000 high rise buildings with ham architecture had 30,000 inmates packed in them like sardines. By 1980 the city was bursting at seams and forced the state to put a cap on construction beyond 13 storeys, primarily to clear so airway to Kai Yak Airport.

Apart from serious noise pollution, residents lived in an eerie ambience deprived of sunlight and civic amenities. Unlicensed doctors and dentists operated with impunity, as also many factories and businesses. A typical passageway in the city during the night. (Ian Lambot / Wikipedia Commons)

The fall of Kowloon Walled City

A persistent pain in the neck of Chinese administration for long,  dedicated attempt was made in 1963 to prune the area of lackadaisical structures and up the status of roads and houses and sanitation. Two decades on state mooted radical surgery. On 14th Jan 1987, both Britain and China decided to demolish the area completely and replace it with a suave public park. 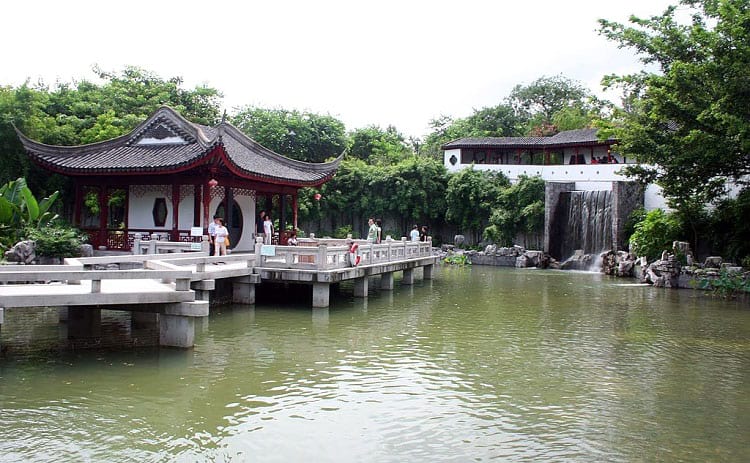 A massive compensation of US$350 million was cut out to evacuate people from the area to new locations. Actual demolition of it began in 1993 and concluded in 1994.

So, was Kowloon a bad dream destined to be trashed unsung?

Not really. It was sweet home to thousands who lived in the shadow of the underworld and yet made a life out of it. For outsiders, it remained a quintessential curiosity for a freedom unbridled by state watch and fear that lurked in serpentine lanes and bylanes that permeated the city like a jigsaw puzzle.

No wonder the slums and shanties turned high rise towers, the Kowloon walled city found a place in several Hollywood flicks. Martial arts tournament of ‘Blood Sport’ starring Van Damme was shot in precincts of the walled city. Camera shots of this locale in Jackie Chan starrer ‘Crime Story‘ include real scenes of demolition drive. Many other works of art and literature have given quality treatment to Kowloon walled city which now has a more humane face in the shape of Kowloon City Park.