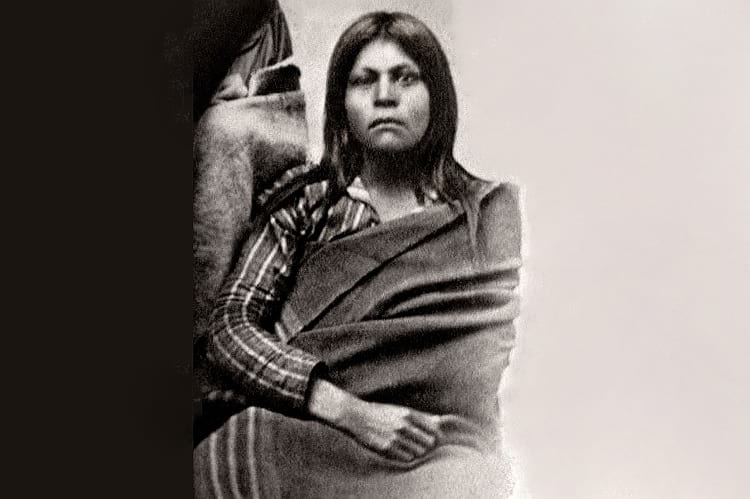 The Channel Islands of California are a cluster of eight islands found in the Pacific Ocean near California. A long time ago, the Native American tribes of Chumash and Tongva were once the inhabitants of these islands. They were later displaced by European settlers who started fishing and agriculture on the islands. The US Military now uses these islands for testing their weapons.

The remotest of these Channel Islands is San Nicolas, which is 98 kilometres from the nearest point on the coast, towards the west of Los Angeles. The island was once inhabited by the Native American tribe, Nicoleño. There is a famous children’s novel about a Native American girl stranded on an island in the Pacific written by renowned American author Scott O’Dell. The book, ‘Island of the Blue Dolphins’ is inspired by a Nicoleño woman Juana Maria, popularly known as the ‘Lone Woman of San Nicolas Island’. She was the last surviving Nicoleño who lived a solitary life on the island for nearly two decades.

The origins and eventual evacuation 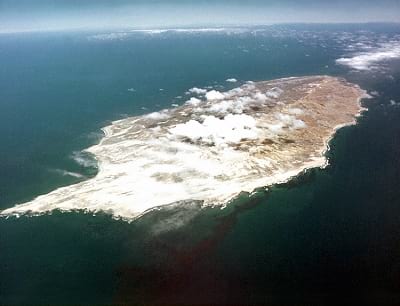 It has been hypothesised that the Southern Channel Islands of Santa Catalina, San Clemente and San Nicolas had settlements of Native Americans for nearly 10,000 years. In 1811, a Russian-American company started doing business off the coast of California. Their business was to hunt otters and seal for their skin, which was in great demand. The company employed Alaskan sea otter hunters and Russians. These people arrived on the San Nicolas Island in 1814 and a conflict started between them and the Nicoleño tribe. The hunters brutally killed off the Nicoleño men and made the women their slaves.

In 1815, the Spanish authorities tried to take charge of the hunting of the sea otter and arrested a Russian, Boris Tasarov for the hunting expeditions. By then, not only had the sea otter population dwindled but it was also discovered that there were hardly any surviving members of the Nicoleño tribe.

Catholic missionaries soon began visiting the island and convincing the tribal people to relocate under the Catholic Church. In 1835, the Santa Barbara Mission got wind of the fact that a handful of Nicoleño people still existed on the San Nicolas Island. They dispatched a small ship called ‘Peor es Nada’, meaning ‘Better than Nothing’ to the island in an effort to get the Native Americans on shore. The events that followed though ambiguous are what led to the existence of the woman we know as Juana Maria. While the people of the island willingly climbed aboard to be relocated, it is said that a woman and a child got left behind. The captain of the ship, Charles Hubbard was in a hurry to reach Santa Barbara as a storm was brewing. The other version of hearsay is that the woman on realising that a child (either her’s or her brother’s) got left behind, jumped from the ship and swam to the island. The captain considered it was better to come back for them after the storm had passed. Later, several trips to the island were in vain, as that woman and child could not be found again.

The discovery of Juana Maria

Over the years, sailors claimed to have seen a woman on the island while passing and the legend grew. However, in 1850, an otter hunter went to San Nicolas and stated that he had come across a hut on the island. Soon after, the Mission Santa Barbara sent a local to look for her on the island, but in vain. Piqued by the legend of the lone woman of San Nicolas Island, American sailor, George Nidever decided to visit the island in 1853 determined to find her. He embarked on a mission to the island to look for her while hunting for otters also. Unfortunately, he failed to locate her in his first two trips. On the third attempt, a member of Nidever’s team, Carl Dittman came across human footprints and crude tools along the beach. Shortly afterwards, Nidever and his men found her nearby and tried to initiate a conversation with her, fruitlessly. With the inability to understand her language, they started calling her ‘Better than nothing’, after the ship that she had missed 18 years ago.

She keenly showed the men around the island and helped them find freshwater for drinking. Their stay with her revealed her way of living alone and surviving for all those years on the island. According to George Nidever, she explained by gestures that the child she had gone back for had been killed several years ago by wild dogs. She had survived on seafood and seals which she killed with the crude tools that she had made herself. She showed them her various hiding sites, caves and canyons, where she kept herself safe from invaders. Finally, when Nidever decided to head back to Santa Barbara, she willingly accompanied the crew back home.

The spectacle of Santa Barbara

Back in Santa Barbara, she was taken care of by Nidever’s wife, Sinforosa Sanchez Nidever. No one was able to understand her language, which resulted in no knowledge about her tale of 18 years as a lone survivor on the island. She soon became famous and tourists thronged to see her. The newspapers frequently wrote about her adjustment with a civilised lifestyle. The people of the mission tried to get Native Americans to listen to her songs in an effort to find someone who knew the language and could help with the true identity and 18-year-old story of the woman, but to no avail.

She did not seem to mind the attention that she got from the people around or those visiting. She graciously accepted gifts that were given to her and generously distributed them among George Nidever’s children. Linguists were unable to determine her dialect and wondered if the language that she spoke in, was one that she herself had invented. Soon, the Santa Barbara Mission decided to name her in order to give her an identity. Unfortunately, she fell ill with dysentery and passed away seven weeks from arriving at the mainland on October 19 in 1853. She was baptised the same day as Juana Maria.

Enjoyed this article? Also, check out “Vesna Vulovic: The Woman who Plummeted from 33,000 Feet and Survived“.

Recommended Read:
Island of the Blue Dolphins | By Scott O’Dell