The Island of the Dolls: Nothing Childlike About It Dolls hanging from the tree at the Island of the Dolls in Mexico. (Esparta Palma / Flickr)

The story relates to the mid-20th century Mexico. Don Julian Santara Barrera, an eccentric man, had parted way with his wife and daughter to live alone, a recluse, on an island on Teshuilo Lake in the Xochimilco canals of Mexico (also called the Venice of Mexico).

In the year 1950, he saw the corpse of a young girl floating in the canal. ‘I could have saved her, he mused, ‘had I intervened timely’. The girl’s death was not his fault but still, he grew remorseful.

Finding a doll floating at the same place as the corpse and taking it to be a manifestation of her spirit, he took the doll out of the water and hung it on a tree. That was the beginning.

Soon the island would be teeming with thousands of such dolls, pooled up by him as well as by the visitors. Barrera’s belief that dolls carried the spirit of drowned girl found resonance in tourists who flocked to see dolls even as the spectre was sans joie de vivre of a typical picnic spot. The jaded, wasted and mutilated dolls, exposed as these were to the elements of nature without any care or maintenance, were anything but a pleasant sight.

Mexico fell to the pull of weird, ugly, sullied and corrupted dolls. Many said they heard the dolls wail, whisper, brawl and giggle at Isla de las Munecas or the island of the Dolls. 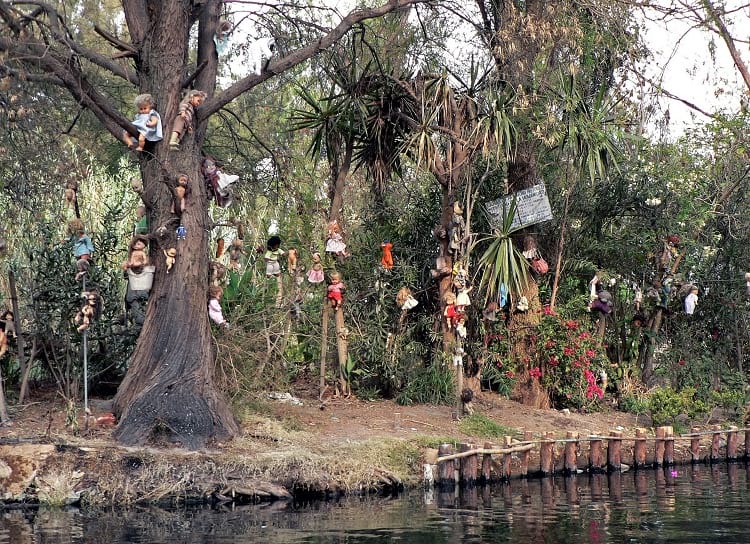 Island of the Dolls in Mexico

Doll’s island at Xochimilco canals is an hour of boat journey from Embarcadero (eastern waterfront and roadway of the port of San Francisco, California). The Island is the best-known Chinampas (raised agriculture fields between canals for farming in swampy areas) or floating garden in Xochimilco.

The name floating garden is a misnomer as the land mass is rooted to the lake bed by the root system of willow trees planted in the periphery. For a guided tour to the site, brightly coloured flat-bottom boats called ‘trajineras’ are available. Passing through scenic lagoons, floating restaurants and musical entertainment on way, these boats reach to the final sombre destination-the island of dolls.

Death of Don Julian and accounts of tourists

Don Julian was found dead in waters similarly as the corpse of girl that he believed he should have saved. His grisly death added to the overall mystery of the island and reinforced the myth of the island being a haunted place. Locals dismiss ghost theory and say that the place is ‘charmed’ and not inimical to anyone in any way.

Professional photographer Cindy Vaskos visited the island in 2015 and opined that it was the creepiest place she had ever seen. Way to the site, she said, was all greenery and avian chirps till you see dolls hanging from trees, and then there is ominous silence and seriousness. 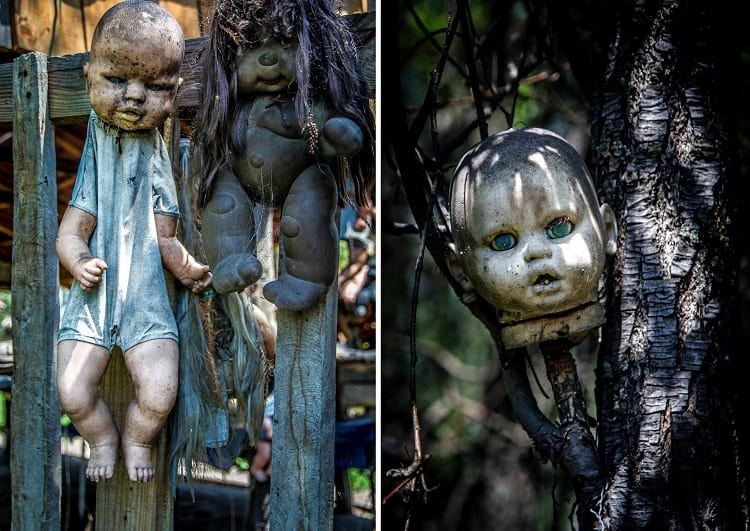 After Don Julian, the new caretaker on the island is Anastasio, his cousin. The spirit of the ‘little girl’, he says, resided in the collection of dolls. Dolls come alive at night, he affirms, moving their heads and whispering. Mutilated dolls though, infested with moulds, insects and spider webs, have turned floating garden into a graveyard of dolls. 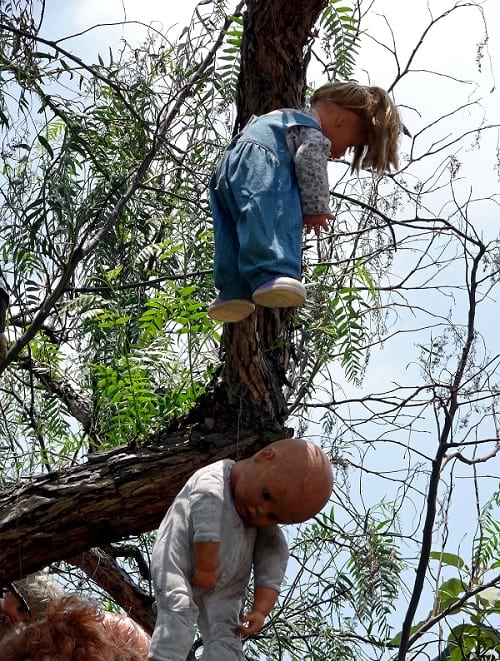 An alternate opinion on the story holds that the death of the girl in question never happened. That, they say, was the hallucination of a recluse living away from mainstream society. Whatever be the real reason behind the doll-story, dolls attract tourists from the world over.

Majority of people believe in spirits, and in the afterlife. On seeing these dolls, it seems, their innate belief becomes part of their overall observation. When they see dolls, they also see the image of their own thought process.

Enjoyed this article? Also, check out “The Crooked Forest of Poland“.

Previous Article
Kerguelen Islands: The Remotest Place on Earth
Next Article
The Incredible Geoglyphs of Peru, the Nazca Lines