When Default Becomes De facto: Island of California, the Cartographic Mistake Which Became the Gospel Truth 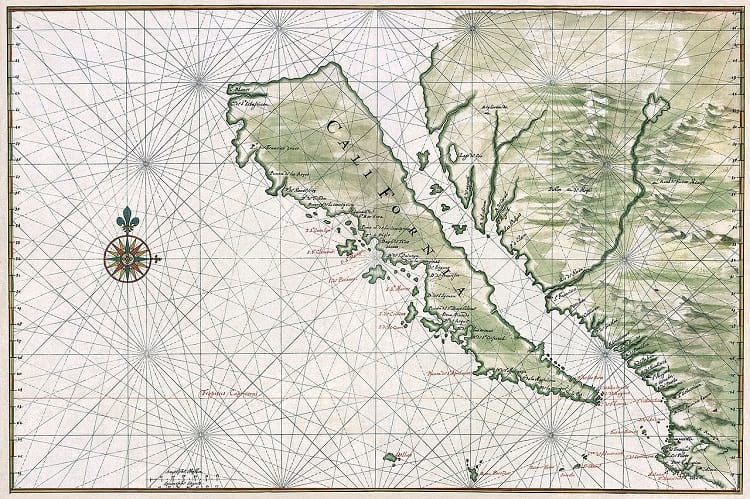 If a map shows the names as of a river, mountain, desert, city, state or nation; it’s taken at face value. After all, maps are created by professionals and regulatory bodies; no question of doubting their veracity. But what if what is shown on the map is a mismatch with ground reality? What is shown as an island is, in fact, a peninsula? And people go on accepting the mistake as truth, for hundred years, even as there are interjections for course correction time and again. This happened with the state of California, in the Pacific region of the United States.

There is an Urdu couplet which says: moments faulted, and centuries suffered. This almost says how, for so long, Baja California existed on the world map as an island (which it is not), separate from the continent of America. The fault can be attributed to the Spanish novel, `The Adventures of Esplandian’ published in 1510 cast on its readership.

The novel described an imaginary island ‘California’, ruled by a queen named Calafia. So when the novel’s die-hard readers, the Spaniards, explored (today’s) Mexican peninsula of Baja California, they thought it could be no place other than ‘California’, the place they read about in the novel. It could only be an `island’, as narrated by the Author Rodríguezin de Montalvo. Author’s fascinating imagery, so it seems, overwhelmed their judgement. If the author deemed it an Island, it couldn’t be anything else. It couldn’t be peninsula even if the evidence on the ground said so.

A case of literature flowing into real life?

If real life can invade literature, the converse can also happen. And then, as they say: to err is human. Cartographers are humans and can make mistakes. California mapped as Island was a mistake, albeit it lasted long- for more than a century.

Mistakes happen for various reasons. In fact, the working of the human mind is such that what is ‘within’ the mind interacts with what is ‘without’. The result of this interaction decides the status of on-ground facts. Sometimes ‘within’ is so strong that ‘without’ is simply overlooked.

Mistaking a bush for ghost in human form and hearing voices in a silent zone prove that mind within can ignore the mind without, a process called delusion. For long, masses remained in a delusion that California couldn’t be different from its account in ‘The Adventures of Esplandian’. Thus delusion forces mind within on mind without. Next to delusion is another situation called illusion, which, simply speaking, is an error of judgement. A far off cloud on the horizon may look like an island. A village may look like a city. Third error of perception is ‘confusion’. Likewise, a cartographer may position a lake differently than where it actually exists on the ground. A bay may be confused with strait. Collected pieces of evidence seen in the wrong perspective can also lead to confusion.

But why should cartographic errors persist longer than these should?

‘Once geographic myths find a place on the map’, says Henry R. Wagner, ‘these are hard to trash even when hard evidence says these are nothing but imaginary’. It seems that people tend to believe maps blindly and scarcely think these could be wrong or misleading. 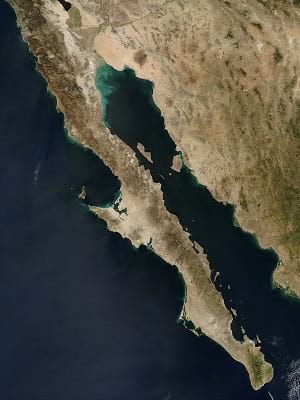 Surprisingly, the earliest North American maps of the 16th century show California as a peninsula. This was based on observation of Francisco de Ulloa who explored Bay of California in 1539. This got corrupted in the early 17th century with Father Antoneo de la Ascession quoting voyage of Sebastian Vizcaino (1602) and claiming that California got separated from the American continent by the ‘Mediterranean sea of California’. This passed California as an island on the world map in 1622.

The myth was carried forward by Abraham Goos’ in 1624 and Henry Brigg’s in 1625. The notion almost became universal till questioned by some Dutch Publishers. They were surprised that in spite of Father Kino proving California’s peninsular status in 1705, it continued to be shown as an island for over 100 years.

Beginning with Desiele’s map of America in 1722, the peninsular status of California was back on maps though many Cartographers continued to persist with its island image. Finally, it would need a state to dictate in 1747 to stop showing California as an island in diagrammatic representations.

According to Paul Kohen, the domino effect of California’s mythical island image began with a double-page map by Henry Briggs (London, 1625). A footnote by Briggs on the lower left corner of this map indicates that the myth of California being an Island originated in Spain. A Spanish ship carrying a map to this effect was captured by the Dutch. When the ship was moved to Amsterdam, European cartographers copied it ‘as such’ and became unwitting conduits to the charade that California was an island.

Myth persisted notwithstanding 16th-century edict to the contrary; call it mental inertia or the influence of a popular story. Only a royal decree passed by Ferdinand VII, the king of Spain would finally put it to rest in 1747.

Previous Article
Manfred von Richthofen: The Flying Ace with the Most Combat Victories
Next Article
Truth Behind The Black Knight Satellite Conspiracy Theory