Much is written about Mansoor Ali Khan Pataudi’s cricketing exploits, but not much is spoken of on his father Mohammad Iftikhar Ali Khan Siddiqui Pataudi. Iftikhar was one of the most talented batsmen who played cricket during the 1930s and 40s with much passion at all levels in England. Much later, he played Test cricket in India.

Iftikhar or the Nawab of Pataudi Sr. was the only Indian cricketer to have ever represented England and later British India in Test cricket during his short Test cricketing stint.

There were a couple of other Indian royals who had represented England in Test cricket before Iftikhar. They were the Jam Saheb of Nawanagar, KS Ranjitsinhji and his nephew KS Duleepsinhji. The first-class cricket tournaments in India, i.e. the Ranji Trophy and the Duleep Trophy, were named in the honour of the two.

Even as Iftikhar was busy playing first-class and Test cricket in England, his contemporary in India was another royal. He was the accidental player Lt. Col. Sir Pusapati Vijay Ananda Gajapathi Raju, the Maharajkumar of Vizianagram or simply Vizzy. Vizzy was a politician first, not-so-sought-after cricketer and a cricket administrator.

Iftikhar was born on May 16, 1910, in Pataudi, Punjab, British India. The Nawab, sometimes also known as IAK Pataudi, was the 8th Nawab of Pataudi. Today, however, the erstwhile and small princely state of Pataudi lies in the present-day state of Haryana.

During his schooling in India, Iftikhar learnt his basics in cricket from MG Slater, an Oxford University cricketer. Much later and during his early stay in England, Frank Woolley coached the promising lad. In Lahore, Iftikhar went to Chiefs’ College, which was later renamed Aitchison College.

The young Nawab arrived in Britain

In 1926-27, when the young Nawab arrived in Britain for further studies, he joined the Balliol College at Oxford University. While studying at Balliol College, he won the blues in both hockey and cricket for the University.

In 1932, Iftikhar qualified for the Worcestershire team. However, he played just three matches scoring only 65 runs in all the six innings. But in July 1932, he slaughtered Tich Freeman scoring 165 for the Gentlemen at Lord’s. His footwork was superb during the innings.

Photograph of England cricket team 1932–33 where Iftikhar Ali Khan Pataudi can be seen in the back row, third person from the left. (Sydney Mail Special Photographer)

Following which, he bagged a place in the England Test team for the now infamous Bodyline 1932–33 Ashes series Down Under. The same year, Iftikhar was named the Wisden Cricketer of the Year. On his Test debut in Sydney, Iftikhar smashed a century (102) helping England win the Test by 10 wickets.

However, Iftikhar rubbed his captain Douglas Jardine on the wrong side by objecting to the bodyline tactics of Jardine and refused to move to his place in the leg-side field. Seeing this, Jardine is believed to have said His Highness is a conscientious objector.

The clash between Iftikhar and Jardine 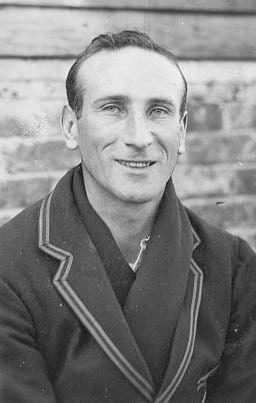 A peeved Jardine dropped the Nawab of Pataudi Sr. after the second Test in Melbourne on the pretext that he scored 15 and 5. Iftikhar never played in that series again. Some time by the end of the Bodyline tour, Iftikhar said of Jardine, “I am told he has his good points. In three months I have yet to see them.”

The year 1933 can be considered as the year of Iftikhar as it was the only full season of county cricket for him. In that year, batting spectacularly, Iftikhar plundered Tich Freeman at Worcester and smashed his way to two 200s. That year, he scored 1,749 runs and his average was 49.

In the same year, Iftikhar’s health broke down. He then managed to play just 10 games and recorded his career best batting average of 91.33.

Last played for England in June 1934

In June of 1934, Iftikhar played his third and last Test for England against Australia at Trent Bridge. As his health was failing him, he scored just 12 and 10 in his last appearance for England.

Between 1035 and 1938, the Nawab of Pataudi Sr. played just five times for Worcestershire.

Interestingly, even as he was playing Test cricket for England, the senior Nawab was being considered to lead India’s team in its first Test match against England at Lord’s in 1932. However, he withdrew his name from such a consideration.

Later in 1936, Iftikhar was in fact appointed the captain of the Indian team that was to tour of England. Sadly though, Iftikhar withdrew at the last moment on health grounds. It was during this period in 1939, that Iftikhar got married to Begum Sajida Sultan, second daughter of Hamidullah Khan, who was the last ruling Nawab of Bhopal.

In 1946, however, he at last played for India. He captained the India team during the tour to England that year. On the tour, he scored just 55 runs in 5 Test innings with an average of 46.71.

His captaincy was also slammed. In spite of that in 1946/47, Iftikhar was named the Indian Cricketer of the Year. In 1948, when the princely state of Pataudi merged with independent India, Iftikhar worked with the Indian Foreign Office in Delhi.

In 1952 Iftikhar planned to return to England county cricket and intended to play for Worcestershire. He, however, couldn’t as he died in Delhi following a heart attack while playing a polo match on January 5 that year. He was 41.

Iftikhar left behind his wife Sajida, three daughters and his son Mansoor Ali Khan, who was celebrating his 11th birthday. Iftikhar’s son, Mansoor, later known as Tiger, succeeded him as the 9th Nawab of Pataudi. Later, Tiger went on to serve Indian Test cricket as a successful captain. Bollywood actors Saif Ali Khan and Soha Ali Khan are Iftikhar’s grandchildren.

He was a hockey Olympian too

While writing in Frontline magazine, sportswriter Vijay Lokapally said Iftikhar was a hockey Olympian too. He then wrote that Tiger Pataudi is said to have missed his father’s guidance throughout his life.

In his racy autobiography titled ‘In Tiger’s Tale’, Tiger Pataudi spoke of his father as a man of very strong principles and a person who was used to having his own way. In addition to being a sportsman, Iftikhar Ali Khan was an accomplished speaker.

MCC commissioned the Pataudi Trophy in 2007

The Marylebone Cricket Club (MCC) is said to have commissioned a trophy in Pataudi’s name in 2007 and England and India were to compete for it in a Test series. This was in commemoration of the 75th anniversary of India’s Test debut.

Remembering Iftikhar in his titled ‘The story of Integration of Indian States’, senior Indian Civil Servant VP Menon said the Nawab was a great patriot who unfortunately died young.

To sum up, Iftikhar Ali Khan Pataudi did play a key role during the formative years of the game in India, i.e. in the 1930s and 1940s. 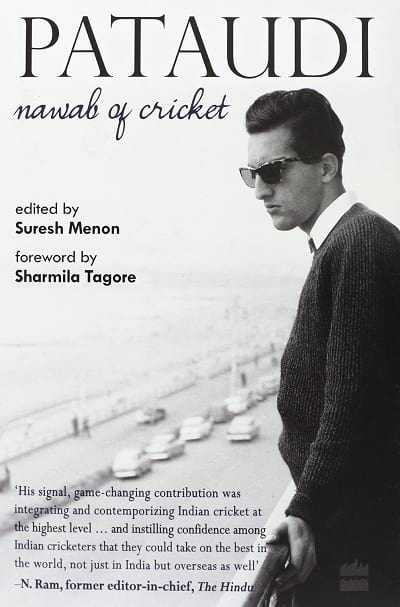 Previous Article
Wind in the Willows: The Singing Ringing Tree
Next Article
Hoosier Cavefish: The Blind Cavefish from Indiana Named after Their NCAA Basketball League