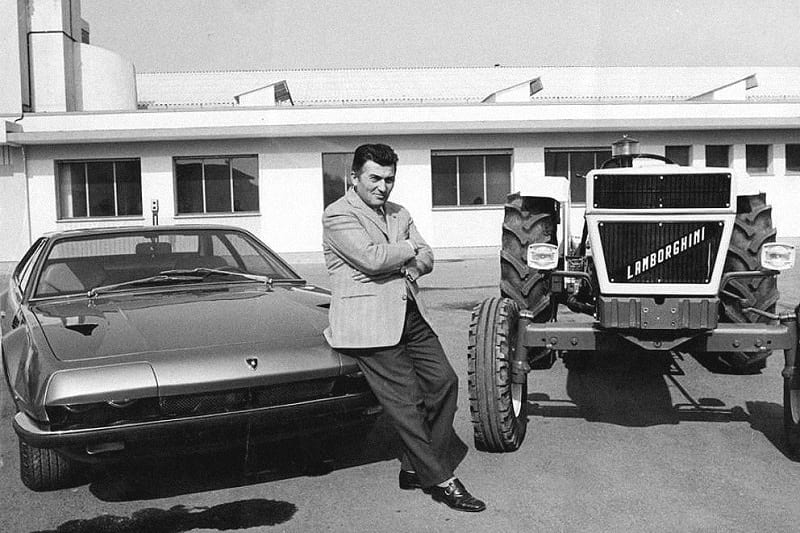 The supercar named Lamborghini is not only known for its speed, but also for its opulence and grandeur. Lamborghini is also the name of the car and tractor maker Ferruccio Lamborghini.

Ferruccio Lamborghini was an Italian industrialist. He was born on April 28, 1916, to grape farming parents, Antonio Lamborghini and Evelina Lamborghini, in Renazzo of eastern Italy.

Having the mechanical know-how, he established a manufacturing unit in 1948 called Lamborghini Trattori that produced agricultural equipment and tractors. He was manufacturing the tractors with the help of surplus hardware from the Italian military. He was able to do so as Italy was witnessing a post-WWII economic boom.

Then sensing the opportunity in oil heating, Ferruccio established an oil heater factory in 1959 and named it Lamborghini Bruciatori. Later, the same company ventured into manufacturing equipment for air conditioning.

Between 1948 and 1959, Ferruccio became a wealthy man thanks to his ventures in the fields of tractors, oil heating and air conditioner parts. A strong-willed, capable and impetuous Ferruccio played a leading role in the foundation of the early phases of his company’s extraordinary history.

A major turning point was a clash with Enzo Ferrari 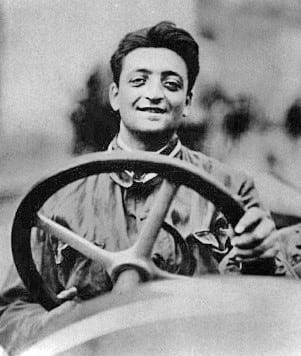 A major turning point came in his life in 1962 when he is said to have had an altercation with the mighty Enzo Ferrari. Starting from being a motor racing driver and entrepreneur in Italy, Enzo established his own super speed racing car Company named Ferrari S.p.A in 1947.

Widely known as “il Commendatore”, Enzo started manufacturing the now world-famous racing cars named Ferrari. Interestingly, during the late 1950s, Ferruccio Lamborghini happened to purchase two Ferraris – a black one for his wife and a white one for him.

It was all about the clutch

The now notorious disagreement between Ferruccio and Enzo was over a troublesome clutch in the Lamborghini-owned Ferrari car. Following the burning of his Ferrari’s clutch, Ferruccio had to repeatedly approach the nearby Ferrari factory for a replacement. After the fourth visit, Ferruccio Lamborghini had enough and decided to replace the faulty clutch at his own tractor company with the assistance of his own head mechanic.

During the disassembling of the Ferrari’s transmission and engine, Ferruccio and his mechanic found that the car’s clutch was identical to the clutch on Lamborghini’s own tractor.

The clutch was a commercial one and could fit any sports car including Maseratis and Ferraris of those days, according to Valentino Balboni, Ferruccio’s subordinate.

This did not go down well with Lamborghini. Balboni said to his boss “when he paid 10 lire for the clutch in his tractor, how can Ferrari make him pay 1000 lire for the same clutch?”

Later, during one of the auto shows, the two titans met and struck up a conversation. After the pleasantries were over, Ferruccio is believed to have Enzo that he is good at building beautiful cars, but with Lamborghini’s tractor parts.

Enzo told Ferruccio he was a tractor driver

An infuriated Enzo is believed to have told Ferruccio he was a tractor driver and a farmer. Ferruccio shouldn’t complain about driving Ferrari cars because they’re the best cars in the world.

An agitated Ferruccio is believed to have replied saying he was a farmer. But he’ll show Enzo how to make a sports car. He then told Enzo that he will manufacture a sports car by himself only to show how a sports car has to be.

In 1963, Ferruccio officially established ‘Automobili Ferruccio Lamborghini’ though work began in late 1962. For this purpose, he purchased land to set up an ultramodern factory to make sports car at Sant’Agata Bolognese, near Bologna.

In 1963 itself, Ferruccio introduced his Lamborghini 350 GTV at the Turin Motor Show. The 350 GTV was considered to be a true 12-cylinder master sports car. Later, he produced 120 units of the 400 GT for limited customers.

Lamborghini named his cars after a fighting bull

One interesting fact is that Lamborghini named all his cutting-edge sports cars after a fighting bull. The names were Miura, the Islero, the Espada, and the Jarama.

In the 1970s, Lamborghini retired

After successfully establishing several other companies, Lamborghini sold off most of his shares in 1972 to the Swiss Georges-Henri Rossetti and his friend René Leimer. By late 1970s, he retired to an estate in Umbria. There is indulged in winemaking.

Meanwhile, the world was witnessing an oil crisis sparked by the 1973 Arab-Israeli War. Following a fall in petrol supplies, the fuel-guzzling super sports cars were considered as unjustifiable luxury and acceptable.

The company changed many hands

These were extreme conditions dealt Lamborghini a harsh blow. But, the gradually deteriorating sales forced the company to make a cooperative effort in 1976 with BMW. After, unfortunately, facing more complications, the collaboration with BMW evaporated. After changing several other hands, the company finally landed in the hands of Audi on 12 June 1998.

It is interesting to note that India is not a stranger to Lamborghini, which has seen a 60 per cent sales growth in the land of Maruthi’s and Mercedes Benz’s.

Lamborghini expects India to break into the top 15 global markets in the next five years. In 2018 alone, the company sold 45 units in India. Recently, the company launched its new Huracan Evo super sports car priced at Rs 3.73 crore in India, according to Lamborghini India Head Sharad Agarwal.

Enjoyed this article? Also, check out “American Dream Limousine: A Long, Luxury Car That Was Once a Rare Sight to Behold“.