Brief History of Cricket: From a Suburban Pastime to a Gentleman’s Game Cricket may be regarded as one of the most favoured team sports in the world. It is a bat-and-ball game played between two teams of eleven players each on a field with a pitch at its centre. The dimensions of the pitch are very specific – it is 22 yards (20.12m) long and 10 feet (3.05m) wide. At each end of the pitch, there is a wicket. A wicket is a set of three wooden stumps and two bails balanced on top of the stumps. The batting side tries to score runs by hitting the balls delivered by the fielding side. The fielding side tries to dismiss the batsmen at the pitch by hitting the stumps or catching the ball. The team which manages to score more runs is the winner of the match. In most official games of cricket, matches are officiated by two field officials known as umpires. It is the umpire’s job to settle all on-field disputes regarding dismissals, runs scored etc.

In recent international matches, the games are also adjudicated by a third umpire and a match referee. There are various formats in the game of cricket, the oldest being Test cricket. In recent years, One Day International (ODI) formats and Twenty20 formats have gained immense popularity.

Cricket is a game with disputed origins. However, most historians and researchers have reached a consensus that cricket was probably created during Saxon or Norman times. According to experts, cricket was invented by children living in the Weald region, an area of South-Eastern England filled with dense woods and clearings. Until the 17th century, cricket was mainly treated as a children’s game. An increasing number of adults started taking up cricket during the early 17th century. The first reference to cricket being played by adults was 1611. In the same year, an old published dictionary defined cricket as a boys’ game. It is also believed that cricket was probably derived from the ancient game of bowls. Interestingly, the 1611 reference to cricket was actually a court case against two men who were prosecuted for playing cricket instead of going to church. 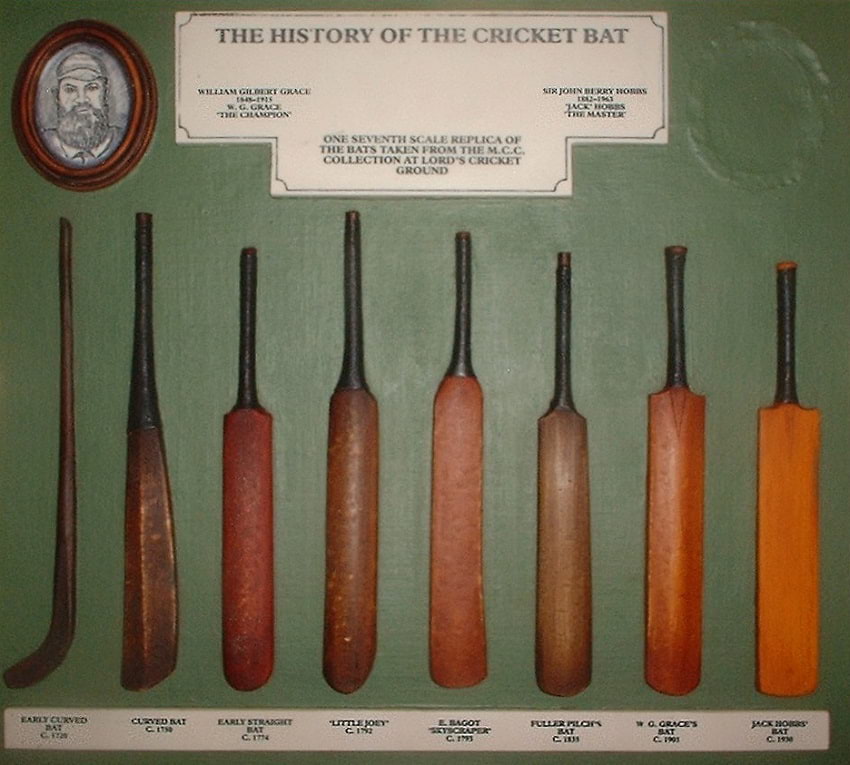 A number of recorded references to cricket continue to appear right until the English Civil War in 1642. These references indicate that cricket had become a popular adult sport and it was being contested by parish teams. It was a popular pastime and was mainly played by villages and church parishes. After the Civil War ended in 1648, the new Puritan government outlawed “unlawful assemblies”, thus effectively banning raucous games such as football and rugby. This new government also forced citizens to undergo a stricter observance of the Sabbath. Since the Sabbath was the only free time available to commoners, the interest and activity in cricket waned during the mid-17th century.

However, the popularity of cricket increased enormously in the exclusive “public schools” such as Winchester School and St Paul’s School. The noble classes started to participate in cricket and adopted it as their own. In 1660, after the Restoration, cricket regained its mass popularity among the common people. It started attracting gamblers and by the end of the 17th century, it had become a significant gambling sport. When Freedom of the Press was granted in 1696, cricket matches started being reported in newspapers. However, until the mid-18th century, press reports focused on the betting rather than the play.

The first county teams were formed after the Restoration and introduced the concept of patronage. Gamblers started to form their own teams in an attempt to strengthen their bets. Members of the nobility started employing “local experts” from villages to strengthen the teams they supported and were patrons of. Some of the notable patrons included the 2nd Duke of Richmond, Sir William Gage and Viscount Alan Brodrick. This was also the time period in which cricket started moving out of England into the colonies of Britain. It was introduced to North America, Canada, West Indies, India and Australia by English colonists. However, cricket never became popular in Canada, where it was only played by the rich British-Canadian elite.

Given the growing influence of gambling, many of the patrons decided to lay down strict and clear rules regarding cricket. This led to the development of many of the basic laws of cricket. This included pitch dimensions, bat and ball, dismissals, boundaries etc. In 1727, the Duke of Richmond and Sir Alan Brodrick drew up the Articles of Agreement to determine the code of practice of each particular game. In 1744, the Laws of Cricket were officially codified and the Laws were updated in 1774 to include new laws such as leg before wicket (lbw), middle stump and maximum bat width. These laws were codified by the “Star and Garter Club” who would eventually go on to establish the Marylebone Cricket Club (MCC) at Lord’s in London.

Cricket underwent a massive reorganisation in the 19th century. The modern-day county clubs were formed, starting with Sussex in 1839. The first “international squad”, called the England-Eleven was created by William Clarke, an English cricketer and team manager. Through a commercial venture, cricket was popularised in districts where the nobility never introduced cricket. This growth in the popularity of cricket was bolstered by the development of a connecting railway network. Cricket spread to the colonies and was instantly popular over there. In 1864, Wisden Cricketers’ Almanack was first published.

The first international matches also started in the 19th century, with the first match being played between the United States and Canada in 1844. In 1877, an England touring team played against two Australian teams. These are now regarded as the original test matches. The tense competition between Australia and England gave rise to The Ashes.

More and more nations started becoming Test nations, including South Africa, India, West Indies and New Zealand. The Imperial Cricket Conference (ICC) was founded in 1909 by representatives from England, Australia and South Africa. This was eventually renamed to the International Cricket Council in 1989. The first limited-overs match took place in Melbourne in 1971 and was incredibly popular. Following this, the ICC established the Cricket World Cup and the first World Cup was organised in England in 1975.

Cricket is now a massively popular game and evokes strong feelings among spectators and players alike. There is a passionate cricket rivalry that is shared between many countries – the most notable example being the subcontinental nations of India and Pakistan. Countries like Ireland, Afghanistan and Kenya have also started to participate in the Cricket World Cup in earnest. There is also a steep rise in the popularity of Women’s Cricket.

All in all, cricket is a very influential game with a rich history. A good match of cricket is one of the most exciting sights in the world.

Enjoyed this article? Also, check out “Iftikhar Ali Khan Pataudi – The Only Cricketer Who Played for Both England and India“.