The ‘Immortal’ cells of Henrietta Lacks that Revolutionised Medical Research

We all know about the contributions of people like Alexander Fleming, Louis Pasteur and numerous others in the field of medicine. They worked hard to learn and develop things that have helped save so many lives. But there are not just scientists who contribute towards the advancement of knowledge in the field of science, especially medicine. The number of people who knowingly and unknowingly contribute to science is higher than we can imagine.

We have an incredible story about one such woman who has been dead for over 68 years but she continues to contribute towards saving the lives of millions. Her name was Henrietta Lacks, a mother of five. She succumbed to cancer at a young age of 31 on 4th of October 1951.

Who was Henrietta Lacks?

She was a homemaker of African-American descent who gave us something very remarkable that has made her immortal in the literal sense of the word. It was at the John Hopkins Hospital in Baltimore where she was detected with the cervical carcinoma, leaving behind first human immortalized cell line, famously known as HeLa cell line. 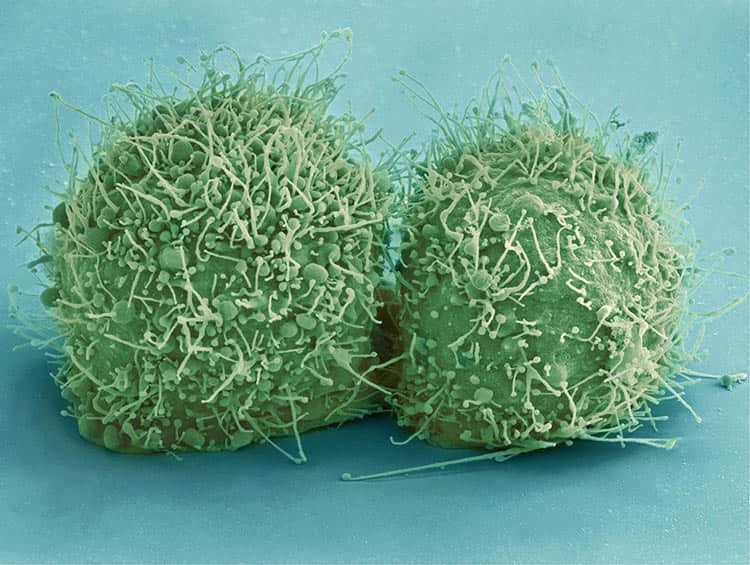 Henrietta had felt a knot in her womb before finding out she was pregnant with her fifth child and had forgotten about it until after she gave birth. This knot later turned out to be cancerous. A biopsy of the mass of Lack’s cervix was taken by Howard W Jones, her doctor at Johns Hopkins Hospital for laboratory testing. She was misdiagnosed with an epidermoid type of cervical carcinoma instead of being accurately diagnosed with adenocarcinoma, though thankfully the treatment for both was the same at that time. She was being treated using radium tube inserts, a standard treatment for cancer in the 50’s.

The doctors at Johns Hopkins Hospital collected two samples of Lacks’ cervix without notifying her or taking her consent. These samples were given to several scientists for the purpose of research including cell biologist George Otto Gey. The researcher while studying Lacks’s carcinogenic cells discovered a unique quality about them. They could reproduce at an unusually rapid rate making it easier to keep them alive long enough to conduct an in-depth examination.

George Otto Gey had unsuccessfully tried to create an immortal cell line with every sample of cancerous cervix cells that had reached his lab. But the amazing HeLa cells were the first to continue living in a lab setting at Johns Hopkins and numerous other labs around the world, making them immortal in a way.

Jonas Salk utilized these same cells when he developed the vaccine for polio. Such application of HeLa cells in medical research has motivated mass production to meet the needs of research facilities around the world. These cells have aided their research in various medical pathologies like AIDS, carcinomas, gene mapping studies, and in studying the effects of toxic substances and radiations among various other scientific pursuits. Henrietta Lacks passed away at the age of 31 on October 4, 1951. (Oregon State University / Flickr)

The first human cells that were cloned also came from Henrietta. But this whole time members of Henrietta’s family were unaware of these developments. In the 1970s, when some HeLa cell cultures became contaminated, doctors and scientist started approaching members of Lacks’ family for blood samples. Henrietta and her family were never consented for using her cells for harvesting. This raised some legal questions when the family learned about how widely these cells were being used, and how most of the genetic information was available for anyone to see.

At the time of Henrietta’s death, it was not required to ask for consent or permission before doctors obtained samples from patients. The legal tussle had ultimately led to an agreement between the National Institutes of Health providing some control over the publication of genetic information that can be gathered from the HeLa cells.

Recommended Read:
1. The Immortal Life of Henrietta Lacks | By Rebecca Skloot
2. Medical Apartheid: The Dark History of Medical Experimentation on Black Americans from Colonial Times to the Present | By Harriet A. Washington

Recommended Watch:
The Way of All Flesh | BBC