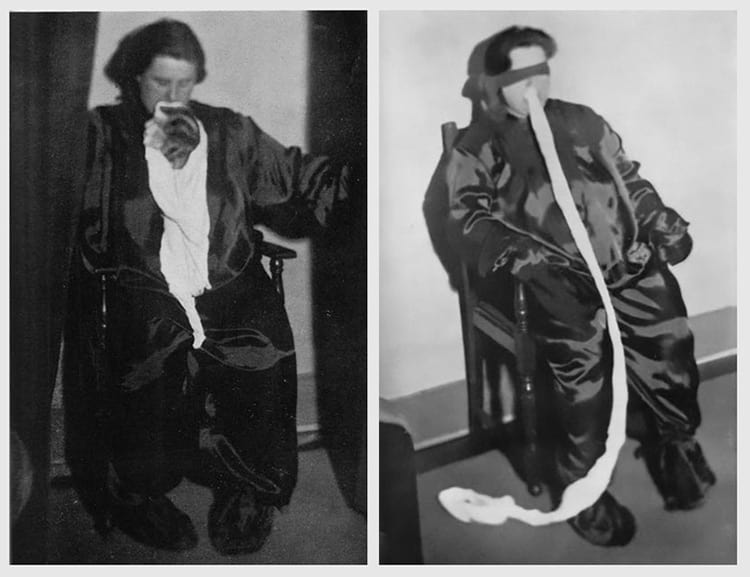 Both the above photos show ectoplasm poking out of Helen’s nostrils. (Harry Price / National Laboratory Of Psychical Research)

Witches have a popular place in history throughout all corners of the world. It was a convenient way to explain peculiar events and in some cases, to blame and punish individuals. This was especially true when events were unable to be explained as easily as today. Or at least, as easily as we think. The UK was no different, where many people were tried as witches for wrong-doings which brought about the Witchcraft Act of 1735.

The last person to be punished by this act was as recent as 1942 when a Scottish woman called Helen Duncan was arrested. Her crime was summoning a dead sailor from a sunken warship.

Victoria Helen MacFarlane was born in Callander, Scotland in 1897. There was nothing extraordinary about her family and surroundings however it was reported that at school she began to exhibit outlandish behaviour. She became a nurse and married a war veteran called Henry Duncan. It was during this time where her supernatural abilities would flourish and people believed her to be a psychic. She gained the nickname of Hellish Nell.

Helen Duncan would organise séances in which she acted as a medium – a middleman between the deceased and those wishing to speak to them. White, ghostly material would appear from her mouth which would amaze and confound her audience. This continued with photographs showing the substance known as ectoplasm and other ghostly apparitions such as figures and faces emerging from the darkness.

Duncan began to get more famous but also began to be more scrutinized. Director Harry Price of the National Laboratory of Psychical Research examined her. He deemed her ‘ectoplasms’ to be made of cheese and eggs which she would regurgitate up. Price was less than impressed by what he felt was a show woman, exploiting people for money.

“Could anything be more infantile than a group of grown-up men wasting time, money, and energy on the antics of a fat female crook.” 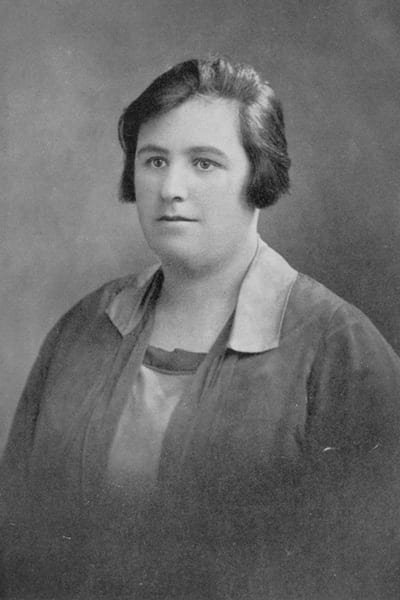 Running out of luck

Things went downhill for Duncan when she moved to Portsmouth. Initially, it brought relative wealth as she gained access to a wider audience. Then rumours escalated regarding a ship sinking off the coast of Egypt during World War II. Apparently, 861 men died on the HMS Barham but the news was not officially released except to the families of the victims.

Duncan claimed a spirit from the ship called Sid came to visit her which alerted authorities to her so-called visions. Two senior members of the navy challenged her decisions, ultimately calling her a fraud – she was later arrested. Duncan was adjudged to have infracted on many laws including public mischief. Eventually, she was tried under the Witchcraft Act and put in prison for nine months. She agreed to never hold séances again alas died shortly after.

Her imprisonment was met with condemnation from some. Many thought the arrest was aberrant, that the paranoia of wartime contributed greatly, thinking she would give away military secrets. Prime Minister Winston Churchill thought it a ridiculous sentence also. The Act was swiftly repelled in 1951, with spirituality becoming more an accepted practice within society.

A bust was made of Helen Duncan and awarded to her town of Callander but after protests from those with strong religious views, those who did not accept spiritualism, it was removed and given to a museum for safekeeping. 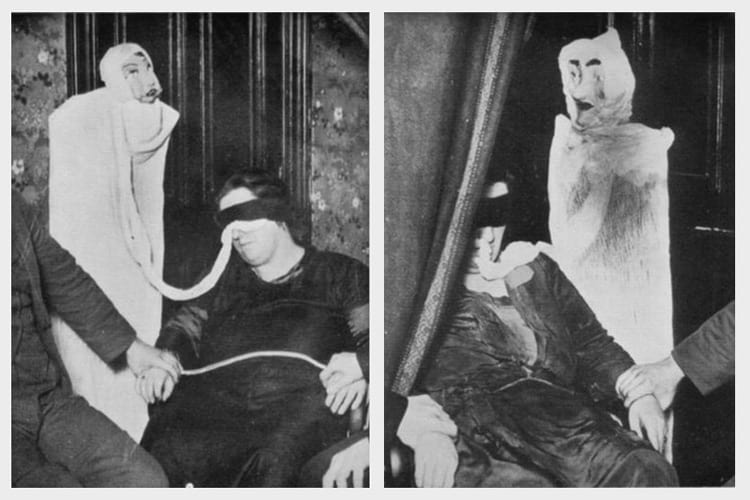 Fake ectoplasm appearing from Helen Duncan’s noes, made with the help of hangers and cheesecloth. (Harvey Metcalfe / Harry Price. Leaves from a Psychist’s Case-Book)

Duncan’s family and supporters maintain a website and online petition where they continue to campaign for her pardon. They say she offered people a service and that the Witchcraft Act was an outdated legislation – even then – which should never have been used at the time.

The Scottish Parliament has already once rejected a pardon. It sounds like Duncan was a charlatan however only she will know for sure if she truly believed herself to be psychic. Her use of fake ectoplasms would seem to signal no and that her exploits were rightfully punished.

Recommended Read:
1. The Strange Case of Hellish Nell: The Story of Helen Duncan and the Witch Trial of World War ll | By Nina Shandler
2. Regurgitation and the Duncan Mediumship (Bulletin of the National Laboratory of Psychical Research) – 1931 | Harry Price

Previous Article
Life Inside Oymyakon, Where Eyelashes Freeze
Next Article
Tollund Man: Story of a ‘Bog Body’ That Gave us Much Information About the Iron Age