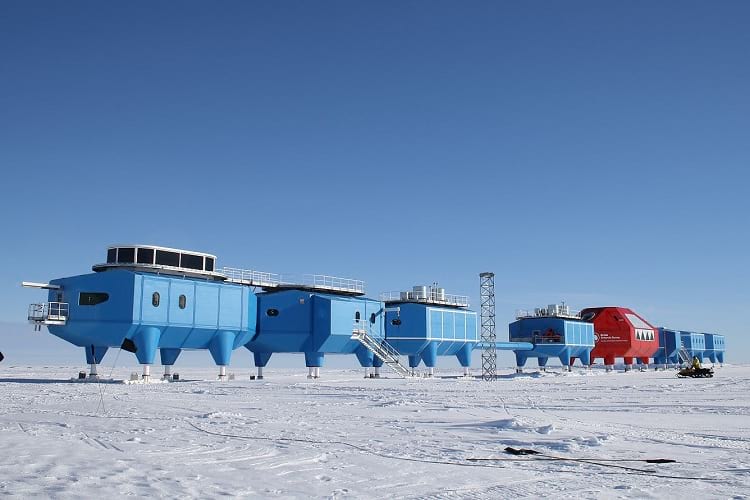 Antarctica is an amazing and distinct continent. As per the records, this windiest, coldest, driest and harshest place is the last one to have been discovered on our planet. The average temperatures in this continent in the southern hemisphere can sometimes dip to as low as minus 90 degrees Celsius. But that does not make it so peculiar. One of the world’s first floating research facilities on this continent is what makes it even more unusual.

The British Antarctic Survey’s scientific research centre called Halley Research Station is one of the several peculiarities in Antarctica, which is nothing short of a wonder. The construction work of Halley Research Station began in the year 1956 and it was built on the 150 metre-thick Brunt Ice Shelf, which is a large floating sheet of ice attached to the mainland.

Over all these years, the one-of-a-kind research station, now called Halley VI, has become a mix of several facilities all rolled into one. It monitors the ozone activity, studies the Earth’s atmosphere; it houses a meteorological centre and also has its own space weather observatory. But what is so fascinating about this research centre is that it is built on a floating sheet of ice and can be relocated as separate modules or as a single unit during times of crisis.

The research station was named after English astronomer and mathematician Edmond Halley. In the year 1957, after construction work of the station was completed, the research centre underwent quite a few changes and came to be officially known as ‘Halley VI’ in February 2013.

Halley VI was the first research centre that discovered the ozone layer way back in 1985. The colourful structure, built on hydraulic skis is also the world’s first ground research station that can be completely relocated from time to time. The futuristic facility is fully equipped with state-of-the-art housing areas and modern labs, where scientists brainstorm on issues related to global climate change and rising sea levels.

Out of the total eight interlinked, relocatable modules, the central unit is for socializing, while the other pods house laboratories, offices and dwelling spaces. The research station also has its own magnetometer, weather balloons, mechanical workshops and radars.

Weather balloons being released near the Halley Research Center. (NASA)

A GPS receiver constantly monitors the movement of the ice shelf on which the research facility sits, for fear of it floating away from the main landmass. There are dangers of the ice sheet calving off as a drifting iceberg into the ocean but the tracker can quickly notify before disaster strikes.

Halley VI roughly accommodates 70 scientists and staff members in Antarctic summer, which lasts from January to March. On the contrary, there are approximately only 15 to 16 scientists to carry on with the research work during the harsh winter months on the continent.

The staff members include cooks, doctors that monitor health during the extreme conditions, engineers to look after the logistics of the facility and scientists that are all experts in their respective fields. Being one of the most isolated places on the earth, the inhabitants of Halley VI only have each other for company, with a few Antarctic animals outside the pod.

Although residing inside a module for scientific studies can be a tough day in and day out, the best part of staying during winter months for scientists is the Aurora Australis that is on display at nights. With prolonged darkness for a period of over 105 days together, the natural display of colours keeps the inhabitants going. 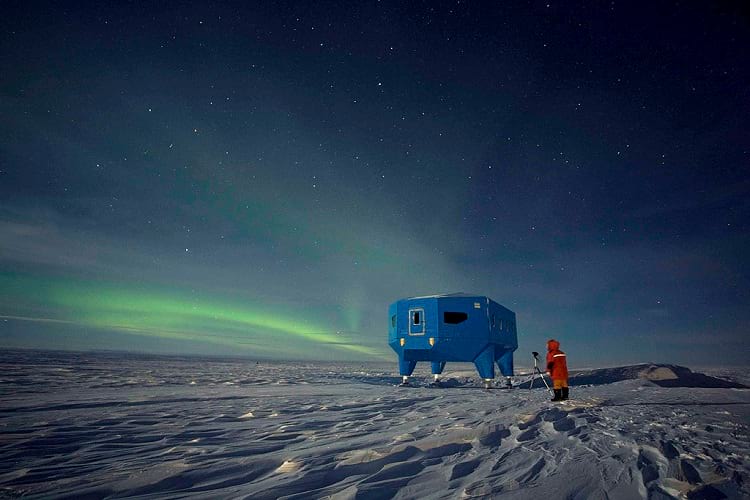 One of the modules of Halley VI Research Station with aurora australis in the background. (Richard Burt / Flickr)

Apart from studying ozone depletion and producing accurate weather forecasts, Halley VI doubles up as a natural lab, which provides an exceptional environment to look into human behaviour on test flights. In collaboration with the European Space Agency, Halley VI is also equipped with a cockpit simulator, similar to Russia’s Soyuz spacecraft, which helps in testing human behaviour on manned international space flights on lunar missions or future manned missions to Mars. 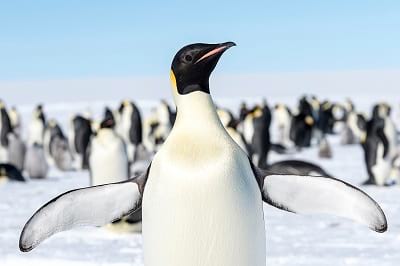 The RRS Ernest Shackleton – a transport ship – visits the research station every once in a year in December to supply cargo and ferry research passengers to and fro from the base. Stopping by for almost a week, the vessel equipped with its own small research facility, loads and unloads necessary goods and commodities at the station.

Researchers at the unit are also provided with heavy snowmobiles called Sno-Cats and light snow vehicles like Challenger 756B that speed up ferrying work from the coast towards the facility in the thick snow. In cases of emergencies, inhabitants are taken to safer places, the weather labs keep functioning automatically inside, collecting data from the pre-installed solar batteries. But during extremely harsh winter weather, all experiments are suspended and Halley VI comes to a standstill.

Recently in December 2017, satellite images showed a 17-km-deep fissure in the north and east side of the ice sheet. Since it was spotted on October 31, it came to be known as “Halloween Crack“. Because of this developing fissure in the ice sheet, the 200-tonne hi-tech pods were immediately shifted and staff members were sent away. The heavy glacial activity also suspended work on the station. The relocation to the new site was successful but the deteriorating weather and snow storms only forced the shutdown of the systems. The facility is expected to begin work in November 2018, which will be the onset of summer in Antarctica.

Despite all the hurdles, Halley VI has overcome all obstacles and has relentlessly worked in the environmental and space research fields for over six decades, and has given us many new insights into the Earth’s southernmost polar region.

Enjoyed this article? Also, check out “McMurdo Station: The Largest Research Centre in the Antarctic“.