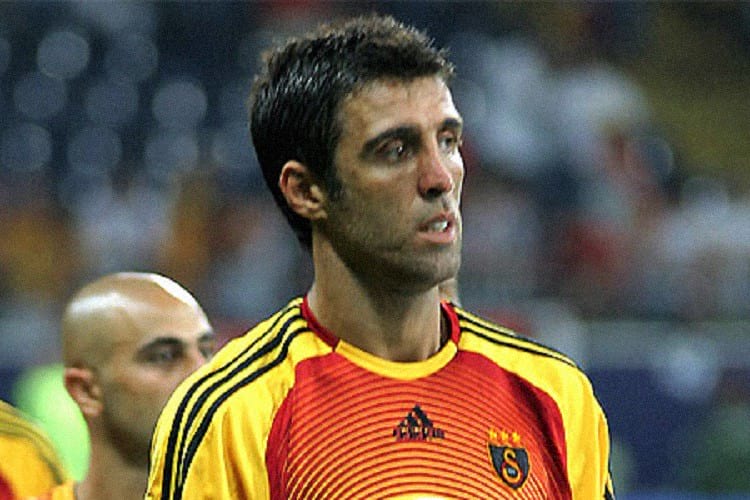 In the world of football, no-one in Turkey could handle the man who became known as the ‘Bull of the Bosporus’, a powerful, fast and instinctive footballer who broke records in both the domestic and international game. His influence skyrocketed and before long he had negotiated big-money moves abroad and started rubbing necks with the Turkish elite. He attempted to wield his status in the political world but when the bullish frontman went against the dominant politician of his country a power-struggled ensued and a player who was once hailed the hero of his nation transformed into a disgraced figure. This is the story of Hakan Sukur– a player who realised that the move from sport to politics is not for the faint-hearted.

For the most part, professional footballers lead amazing lives: earning substantial amounts of money, travelling around the world and experiencing the high-class lifestyle of different countries – all from playing their favourite sport. This is even more so the case for those who are considered star players, as they are no longer footballers but heroes among their communities. In turn, they experience extraordinary lives but not always in a positive manner due to the intense pressure it carries. With the weight of the nation thrust upon their shoulders some find it hard to stand tall.

One such case was a child prodigy born in Adapazari, within the northern Maramas region of Turkey. However, he expresses that his roots are Albanian, with his mother and father both emigrating from the former Yugoslavia. In a country extremely impassioned with football but left wanting on the world stage his rise was met with enhanced reverence. At 21 years old he joined one of the biggest teams in Turkey and well-known worldwide – Istanbul based Galatasaray SK – immediately becoming a fan’s favourite for his strike rate. He was gifted the name ‘Kral’ denoting King as he broke the scoring records of both Galatasaray and the Turkish national team. His other moniker being ‘Bull of the Bosporus’, illustrated his playing style. Turkey and Hakan went to the 2002 World Cup in Japan & South Korea as underdogs but with more than a hint of optimism. They finished 3rd which was branded a massive success. Despite Hakan Sukur being a periphery figure he was able to score the fastest goal in world cup history – after 10.8 seconds – in the third place playoff. It is a stat which illustrated his turbulent career; leaving his mark in the history books and further endearing himself to the Turks.

The reason the previous stat is illustrative of the Turk’s career is that he could only ever dominate on Turkish soil. Every time he went abroad he struggled immensely but always found a way to remain in the hearts of the Gala and Turkish faithful. The problems started in this aspect for Hakan Sukur when big money moves came calling for the marksman and with it only natural to want to play in one of the best leagues in the world (the Italian Seria A) his head was turned. Although many say that the powers that be – the football federation and politicians – forced him to leave to promote Turkish football. He ventured to Torino FC in a move that seemed to fit. (Even their nickname is Il Toro – The Bull). Alas, as the story goes, he became homesick in Turin and so everything he craved from Turkey was accommodated to cure this – even, a wife.

Tansu Çiller. (Ministry of the Presidency / Government of Spain)

This dalliance is severely clouded in terms of the actual facts but it is said when Hakan used to annually summer holiday with his family he met a girl called Esra Elbirlik. In Turin, Hakan stated he missed spending time with her and offered his hand in marriage which was rejected by the girl’s parents as she was only 19 years old and still at university. They would not refuse a second time. This is where a strange aspect of Hakan’s life began to reveal. His talent in the game brought him very close with a powerful individual, the then prime minister of Turkey, Tansu Çiller. She helped Hakan’s cause and persuaded the family to accept, all in order to keep her golden child and ambassador of the country – Sukur – content abroad. Another of the footballer’s new friends was named Recep Erdoğan, the now President of Turkey.  Below is a picture of the wedding in which Erdoğan – who at the time was Mayor of Istanbul – and his right hand man, an influential Imam (similar to a cleric) Fethullah Gülen sit. The three powerful people supposedly made sure the wedding went ahead. 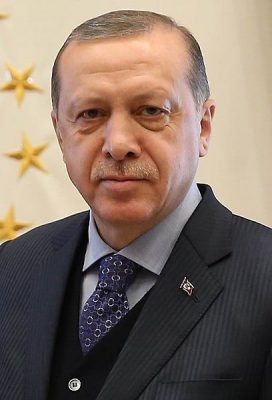 Their now celebrity wedding was televised in a splendorous ceremony, performed by Erdoğan and Gülen, the latter who would act as Sukur’s best man. Yet, back in Italy, the strained relationship lasted only four months and Esra returned home. She was branded a thief by Sukur who accused her of stealing his jewellery. The last we heard of the girl was in 1999. She died in the Izmit Earthquake which took the lives of 17,000 people in and around Istanbul, aged only 24. Her parent’s lives were also claimed.

After only 1 goal, Hakan Sukur returned to Turkey within the year.  Who knows what must have been going through his head but this failure abroad would be a common trend. After dominating again in the Turkish Süper Lig he was again tempted by another Italian Club – Milanese giants Inter Milan. Again, he would flop, struggling to oust rival strikers Christian Vieri and the Brazilian Ronaldo. He would try England as his last foray to foreign lands being signed by former Galatasaray manager Graeme Souness but scored just two times following a leg break. Every time he came back to Istanbul he continued where he left off scoring for fun, eventually winning 14 titles with Gala including their maiden European success – the 1999 UEFA Cup. With the Turkish national team, he retired with 51 goals in 112 games. 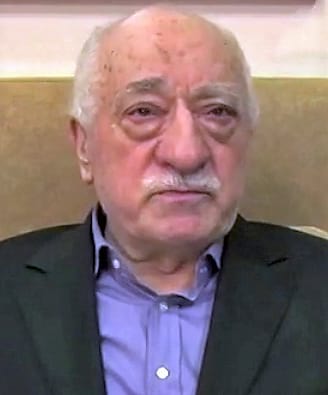 After his retirement he turned to politics, working for the AK Party (Justice and Development Party) – the one which Erdoğan still represents. To understand what happened we must understand the conflict between Erdoğan and Gülen – which is far from easy. At the time of Sukur’s employment, the Cleric Gülen was also a member of the AK Party, with hopes of turning Turkey back into a more Islamist state. Erdoğan and Gülen had a close and potent partnership. While the former worked his way up the political ladder, Gülen had amassed a wealth of power after privatisation, notably with many media companies. A schism came to a head in 2016 when a coup d’état was staged. Among it came a corruption scandal in which the AK Party themselves were accused of corruption – the President’s family also. Gülen – who was and remains based in the US – was deemed the figure behind it – a terrorist organisation called FETO. He was accused of trying to oust out his former ally Erdoğan.  Gülen fervently denies this but many of his followers were arrested and his thought-schools shut down across the country. Hakan Sukur did not agree with this accusation and when asked to renounce Gülen, he refused. He was also quoted as calling himself Albanian and not Turkish which lost him support in an increasingly nationalist movement. He resigned from the AKP to start work as an independent MP.

Where is Hakan Sukur now?

Because of his actions, a warrant was put out for Hakan Sukur’s arrest. He escaped but his father Selmet did not get so lucky and was imprisoned. There are reports he has since died inside. Sukur was able to emigrate to the USA and has bizarrely opened a bakery in Palo Alto, California. Judging by the pictures of his lifestyle he has been more than able to retain some of his assets, staying in a 3 million dollar home with his current wife and 3 kids. There are also plans to make his bakery into a chain. It is fortunate for him, as a return to Turkey is simply not possible in this climate.

There are many stories of people falling from grace in the history of the world. Sometimes it is deserved and sometimes not. This story certainly ranks high in terms of a fallen star but it is impossible to comment on whether it is justified. In a political sense, no person should be punished for their views the way Hakan was. In a human sense his relationship with Esra looks to be extremely badly-judged but only they will know the truth of what transpired. If we go by the many mantras of forgiveness, with a new family and new business to oversee we can only hope Hakan Sukur finds solace in the rest of his life, helped with a wonderful career to look back on.

The relationship between Hakan and Esra is extremely clouded with not many sources. Perhaps there are some Turkish readers who can tell us more, please let us know in the comments if so. Also, regarding Erdogan and the Gulen movement, it is a very delicate and complicated situation so we apologise if we have anything incorrect or biased.

Enjoyed this article? Also, check out “The Deadly Premonition of Sugar Ray Robinson that came True, 1947“.

Previous Article
Tarrare: The Man Who Ate Too Much Yet Stopped at Nothing
Next Article
Vaimanika Shastra – Treatise on Ancient Indian Flying Machines or Pseudoscience?