Great Blue Hole: Largest Underwater Sea Hole off the coast of Belize is a Diver’s Paradise 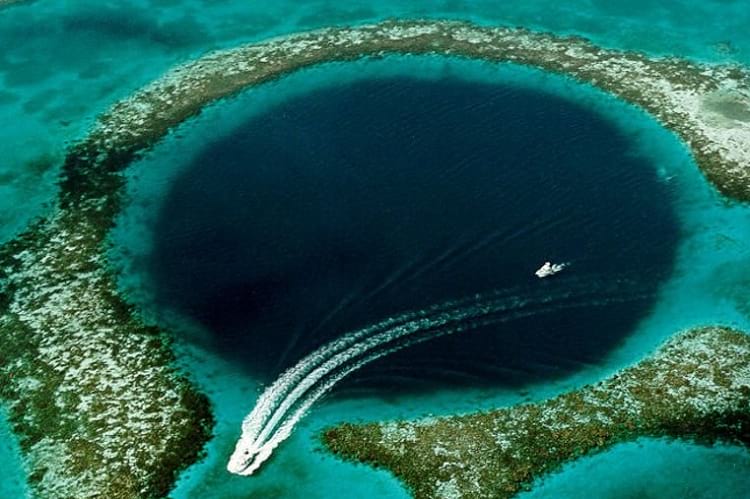 The Great Blue Hole is a renowned tourist destination and a world-class attraction for skilled recreational scuba divers. Located in the epicenter of the Lighthouse Reef, a small island around 100 kilometers away from Belize City, the Great Blue Hole is the name given to a large underwater sinkhole situated in the proximity of Belize’s coastal region.

The shape of the hole is circular, and it has an approximate diameter of 300 meters and a depth of 125 meters. Touted to be the world’s largest formation of such kind, it is noted as a component of the Barrier Reef Reserve System and a World Heritage Site, as declared by UNESCO. The development of the atolls is attributed to the settlement of limestone covered ridges in steps which may have begun 70 million years ago.

With the gradual increase in the level of the sea, the coral growth made its way upward creating several layers. Mentions of the atolls were found in records dating back to the 16th century, with the Great Blue Hole being on the receiving end of fame after its investigation by Jacques Cousteau in his ship, Calypso, in the 1970s.

The Belize Blue Hole is immensely popular with thousands of Scuba divers. It is a famous dive site, and one of the most beautiful and most advertised locations in Belize. Often described as a “bucket-list tick,” a dive in this sinkhole leaves a very powerful experience behind in the back of the diver’s minds.

Divers can observe the rich marine life in the region consisting of several species of fish, for example, the midnight parrotfish, and Caribbean reef shark. In the words of Ilya Rosado, a blogger, the dive is a wonderful experience but does not paint a colourful one. A dive in the hole has prerequisites which would not allow a new diver. The entire journey lasts approximately a day. An Ariel photo of the Great Blue Hole from Hodoyoshi-1 satellite. (Axelspace Corporation) 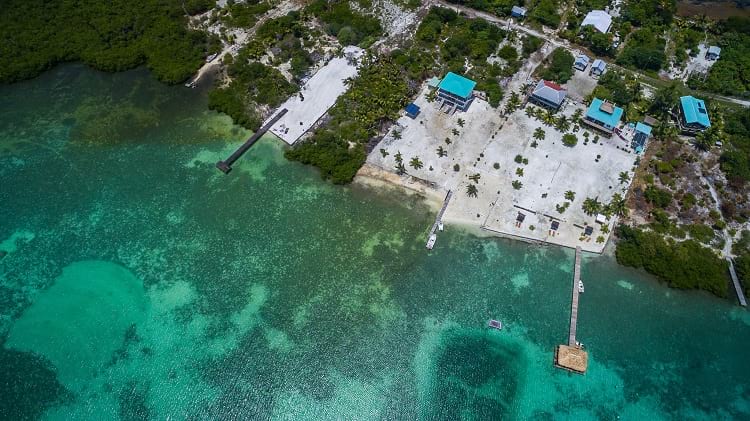 The descent is in pure darkness, and the colours adopt a gloomy hue with the descent. At some point, the limestone wall becomes the only reference to the diver. Further into the dive, with a tad of luck, divers are able to witness coral reef sharks. The maximum allowed descent depth is around 100 ft, where they can see the incredible stalactites which date back several millennia.

The fame of this Blue Hole can also be attributed to the findings of Jacques Cousteau from the time he explored the hole. He declared it one of the best sites for scuba diving and his exploration provided the checkpoints. These investigations confirmed that the origin of the hole is typical karst limestone formations, which formed before rising in sea level of at least four times.

The ledges which are seen at different depths, such as 21 meters, 49 meters, and 91 meters, prove the existence of different stages. The Hole’s depth was measured by the Cambrian Foundation in 1997 as a part of their expedition. It was close to the initially measured depth (124 m/407 ft) at the deepest point. The name “The Great Blue Hole” is credited to a British diver and author called Ned Middleton, who first used the phrase in his book titled, “Ten Years Underwater”.