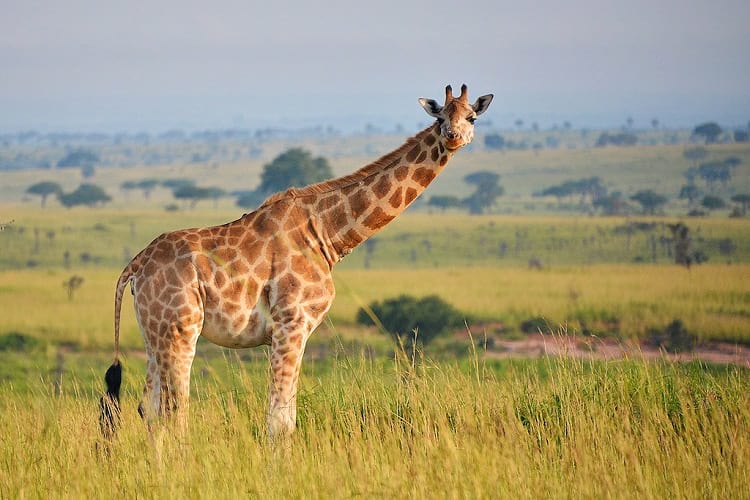 Giraffes, with their long necks, horns, and unique markings, are one of the most recognizable of all the mammals that live on the African continent. Along with remaining in the public eye constantly through their presence in zoos around the world and through their image replications in toys, books, clothes, and other products, giraffes have always been the staple of all safaris. Go on a safari in Africa and you are bound to see these majestic animals lurching around the grasslands and turning their long necks to give you a long-lashed stare of frank curiosity.

Yet, now we are told, the future of giraffes may be in jeopardy. Once thought to be an animal of ‘Least Concern’, as regards to its place on the animal extinction chart, it has now moved upward to join the Endangered list. If we don’t step up conservation efforts, according to the International Union for Conservation of Nature (IUCN), the giraffe population numbers will continue to drop, and the animals may soon become extinct.

The various species of giraffes

Giraffes are found across the sub-Saharan region on the African continent. They were once thought to be a single species, with mere differences in markings, but research on the animals has shown that there are four giraffe species in East, Central, and West Africa – Masai Giraffe, Southern giraffe, Northern giraffe, and Reticulated giraffe. 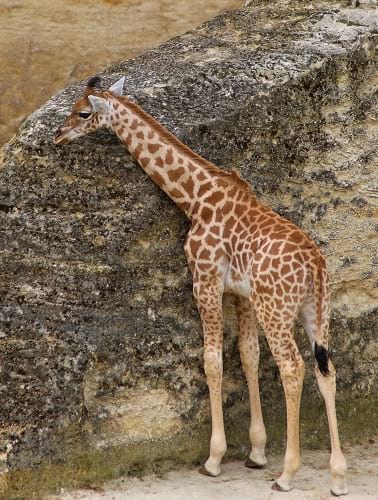 On the other hand, the West African giraffe, spread from Nigeria to Senegal, and the Rothschild’s giraffe, in Sudan, Kenya, and Ethiopia, are doing better in comparison.

So, is the giraffe really becoming extinct?

In December 2016, the IUCN reported that only 97,500 giraffes remained in the countries in sub-Saharan Africa. This is a lower figure than the number of elephants on the African continent. It is also a 40 percent drop in the giraffe population since 1985.

This report came as a shock to conservationists and the general public alike as giraffes had previously never figured on the radar as regards to requiring conservation efforts.

Various media outlets have dubbed the issue as a silent extinction as it started to happen without the usual fanfare.

Assuming the IUCN’s report is 100 percent correct, the giraffe certainly needs all the conservation help it can get. Since humans created the problem, it is up to humans to come up with a viable solution. It is important though to not give in to alarmist thinking and propaganda as happened in the case of polar bears.

Loss of habitat, warfare, disease, and hunting are some of the prominent reasons for the giraffes becoming endangered.

Giraffes, given their size, require a good amount of open space to thrive in. Their natural habitat, however, is shrinking from the growing invasions of grazing cattle and the steady encroachment and appropriation of land for habitation and agriculture by humans. Largescale mining and drilling for oil on the African continent has also led to a drastic reduction in the giraffe habitat.

In addition, the recurrent civil unrest and warfare in countries like Somalia, Uganda, Ethiopia, South Sudan, Eritrea, Tanzania, Rwanda, Namibia, and Kenya have contributed to giraffe deaths. The animals are either killed in crossfire or are slaughtered for bushmeat by armed gangs. Giraffes are easy prey as they are very curious about humans and approach them without too much fear and their large bodies make them convenient targets.

Giraffes are also knocked over by speeding vehicles.

The giraffe population has also plummeted due to the spread of a skin disease that causes lesions all over the giraffe’s body. The giraffes either die from this disease or become weak and therefore vulnerable to predators.

Another growing problem is the hunting of giraffes by poachers and the so-called big game hunters.

Poachers slaughter giraffes, as they do elephants and rhinos, for their body parts that are sold as trophies, as medicine ingredients to African and Chinese traditional medicine practitioners, and as bushmeat to a hungry population.

The big game hunters kill giraffes and other animals for the sheer thrill of it. These people pay huge amounts of money to kill animals and we are told that these high-priced murders help with ‘saving’ the species and their habitats. The money that comes in from killing one individual animal goes into saving ten other animals. Or so we are told.

In 2017, five environmental groups filed a legal petition in the United States, asking the US Fish and Wildlife Service to add giraffes on the endangered species protection list. While this won’t prevent hunters from continuing their murderous sprees in Africa, it will at least prevent them from bringing the ‘trophies’ back home.

Previous Article
Battle of Saragarhi: When 21 Valiant Indian Soldiers Held Their Ground, Fiercely Fighting Against Thousands of Afghans
Next Article
The Fascinating Tale of the Lost Treasure of the Beale Ciphers