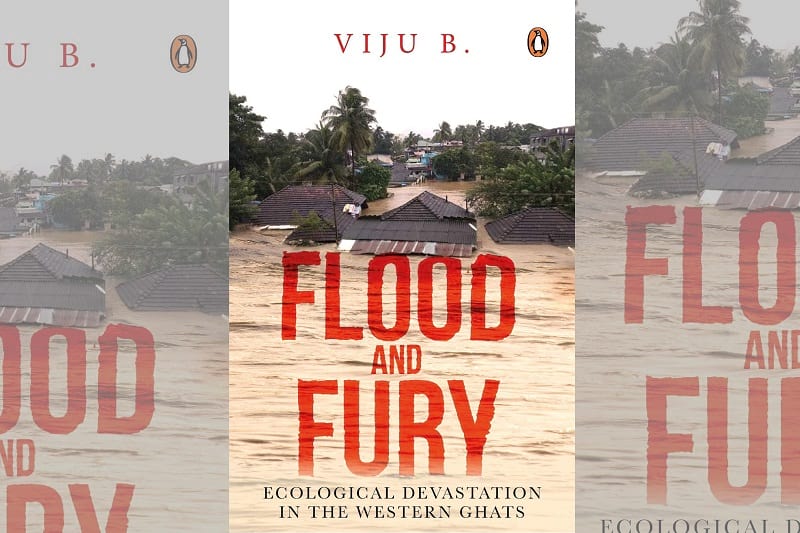 In August 2018 Kerala was hit by one of the worst floods the state has seen in hundred years. The state came to a standstill as the floods caused irreparable damage leaving 499 dead, 14 lakh evacuated and about 2.16 lakh houses damaged. Viju B. is a journalist from Kerala and writes on development, ecology and culture. In his book, Flood and Fury: Ecological Devastation of the Western Ghats, he analyses the shifts in the environment and ecosystem that led to the deluge and its after-effects.

Viju B. surveyed the 1600 km length of the Western Ghats around the six states—Gujarat, Maharashtra, Goa, Karnataka, Tamil Nadu and Kerala, to study the implications of human activity and rapid urbanisation in the region. He writes man’s mundane existence and futility of his greed and selfish acts have destroyed the 35% of the original forests. 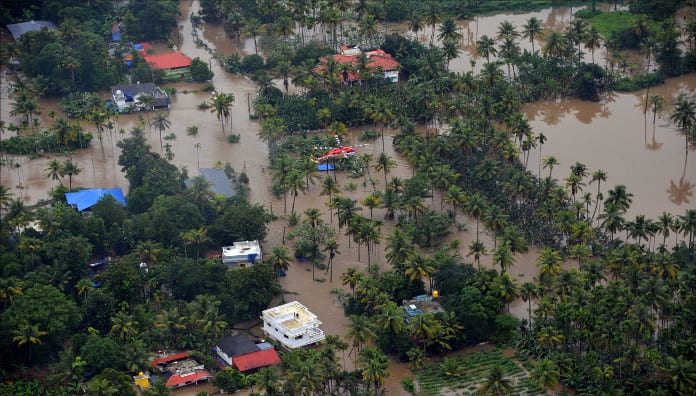 “My Journey along the eco-sensitive districts of the Western Ghats, especially in the backdrop of Kerala floods was intended to look at the big picture of what went wrong and attempt to understand the fragmented social, cultural and ecological links between communities and their immediate environments.”

The Western Ghats or the Sahyadri Ranges is an ecological miracle, older than the Himalayas and the Indian Civilization. These Ghats are the perennial water sources for six states along its length. Any damage to it will leave one-fourth of the Indian population on the brink of death due to thirst and starvation.

The exploitation of the Western Ghats—large scale mining, quarrying, deforestation and mismanaged water resources, has devastatingly impacted the climate and environment of the region. Further, it has also affected the marginalized communities, who are on the front line of these effects. The author argues, it’s high time their voice is heard and their methods—rooted in the wisdom of living with nature, are implemented to save what remains today of this ecological miracle.

“In their dogmas and myths there is always a respect and admiration for nature, which was seen as ‘backward’ in the march of economic progress and prosperity. These communities valued the eco-services provided by the rivers and forests precisely because their own lives depended directly on the existence of these ecosystems.”

In the book, he talks to people from all walks of lives, including people from tribal communities, ecologists, intellectuals, government officials, plantation labourers, migrants, etc. These conversations reaffirm the need to save the ecosystem and give a deep understanding of predicaments and consequences the Western Ghats now face. Idukki is a district in the Indian state of Kerala. (Bhanu Khan/Pixabay)

In Idukki—a deep gorge in the heart of the southwestern coast known for its cardamom, tea, pepper and coffee plantations; he talked to Bhaskaran, who recalls the days leading up to the historic opening of the Cheruthoni Dam’s gates. The author adds heavy rains in the first week of August, prompted the Kerala State Electricity Board to open the shutters after twenty-six years. People’s joyous celebrations knew no bounds upon witnessing this historic moment.

Bhaskaran adds of the ominous air that loomed over the town despite the celebrations towards which the government had turned a blind eye.

“I felt that something really bad was going to happen on 7 August. The government had overlooked the fact that there was no river near the dam—it was all reclaimed land. In fact, Idukki today is dotted with buildings on steep slopes,”

Flood and Fury by Viju B is a comprehensive, interrogative read looking for a solution to protect the Western Ghats from further incorrigible destruction. He not only reports the climatic and social impacts the region has been subjected to over the years; but also talks about the apathy towards the coastal region by the state bodies and their inefficient measures to halt man-made interventions. And he further emphasizes the importance of the early and quick steps to mitigate these ecological calamities.