First Snow Goggles Date Back to the Prehistoric Inuits 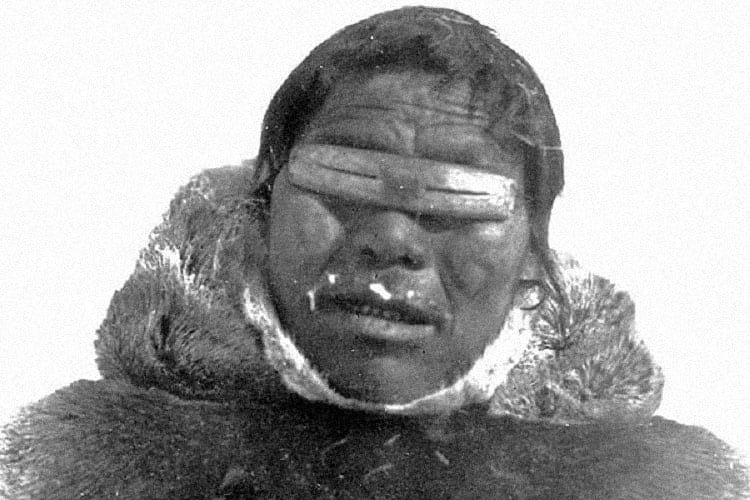 Generations of snow-bound Arctic Circle people, including the Inuit, have been protecting their eyes from snow blindness for over 4,000 years with snow goggles. Snow blindness is scientifically known as photokeratitis.

These snow goggles’ protect the eyes from the harmful ultraviolet light that gets amplified after getting reflected off the whiteness of the snowy landscape within the Arctic Circle. Just as bright and sunny days could damage a person’s eyes, even the diffuse light on cloudy days can be equally dangerous.

Such a condition can cause intense pain. It could take days for the person to recovery. Also, people travelling through white landscapes could face similar serious eye problems.

To overcome this problem, the Inuit people invented the snow goggles solution. The Inuit snow goggles permit people to travel through snow-bound landscapes without facing the photokeratitis problem.

Most of the time, Eskimo hunters were the ones using these hand-carved snow goggles when they stepped out to bring food. They used the snow goggles as they couldn’t take the risk of becoming snow-blind. 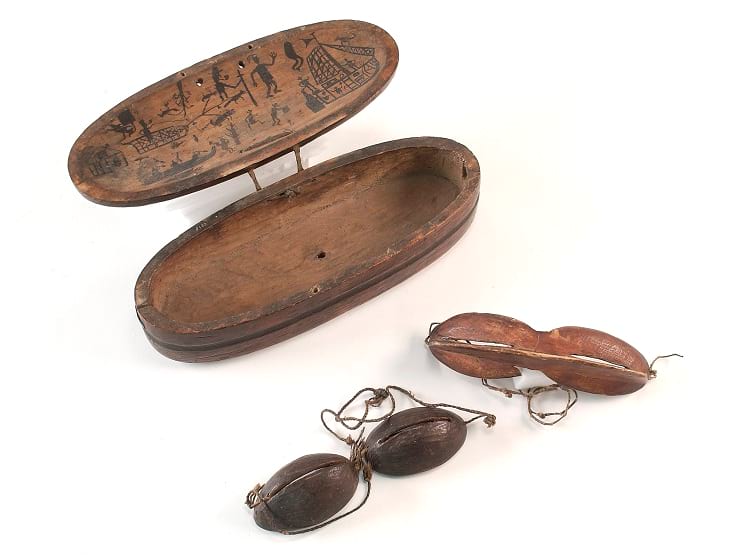 The ophthalmologist, however, pointed out that the snow goggles restrict the visual field of the wearer. Also, there was the danger of stumbling, as the person wearing the snow goggles fails to see any depressions in the ground.

According to an artist and a craftsman Timo Granzotti the Inuit snow goggles were being made of walrus ivory, caribou antler, bone, or even seashore grass in the past. However, in the late 19th century onwards, material like driftwood was being used to carve out the snow goggles.

An Inuit person generally carves the material to fit his face. He then makes either one or two narrow but horizontal slits on the front side of the material.

The snow goggle is made to tightly fit against the person’s face with the help of a string in order to let only light through the slits. The strings were in the form of braided sinew straps. Sometimes, the Inuit people apply soot to the inside of the goggle to minimize the glare of the light.

Inuit people also rub gunpowder mixed with oil to cut down the outside glare even more.

The narrow slits are basically to reduce the amount of light hitting the eyes and also to maximise visual acuity. The view gets larger with the wider width of the slits.

Not for fashionable use

These primitive snow goggles or sunglasses were not for fashionable use in the prehistoric times. And, it was not until modern times that Eskimos started to wear fashionable anti-UV rays’ sunglasses.

The Eskimo or the Inuit people should be credited for the first sunglasses in the world. Apparently, legend says, the first snow goggles dated back to a culture called the Old Bering Sea. People of this culture lived somewhere on the west coast of Alaska. They were the ancestors of today’s Inuit people.

Relics of snow goggles at the Canadian Museum of Civilization

Sometime about 800 years ago, the Inuit people of the Thule culture brought these snow goggles to Canada. A relic of the snow goggles from the Thule people era now finds a place in the collection of the Canadian Museum of Civilization. It was crafted out of walrus ivory. It dates back to 1200 AD, according to the museum located in Quebec.

Contrary to popular belief that the Inuit snow goggles are rare, museums across the world believe that they are available in large numbers. The National Museum in Copenhagen, for example, has hundreds of these goggles on display and also in the warehouse.

Previous Article
Raëlism: The UFO Religion That Believes in Extra-Terrestrial Beings Called Elohim
Next Article
Hetty Green: The Richest American Woman Who Was Known for Her Extreme Miserliness