The major part of the European continent in 3rd century BC was ruled by a group of tribes called Celts. Their Folklores refer to a wonder cave called Uamh-Binn (the cave of Melody), which, at present, is known as Fingal’s cave. Located in the island of Staffa, Hebrides, Scotland, the cave has an ensemble of multifaceted rock pillars.

The cave, as per the legend, was connected to another area of a similar disposition. The area, a spread of 40,000 multifaceted rock pillars propping from the sea surface, is Giant’s Causeway (GiC) in Northern Ireland. Both sites, as of now, are rocking tourist destinations, famed for the unique geometric shape of their constituent rocks. Fingal is a short form for the name ‘Fionn mac Cumhail’

The cave’s name ‘Fingal’ is borrowed from the name of a hero in a popular poem series penned by the 18th-century Scottish poet, James Macpherson. The series is a translation of Irish mythology originally scripted in Gaelic (a language of Celtic tribe of Scotland). Fionn mac Cumhail is the hero of the poem. Finn would have been a convenient short form for the hero’s name. But Finn, in popular usage, refers to a citizen of Finland, and this wasn’t acceptable to the poet. So, he tweaked Finn to ‘Fingal’ lest the cultural glory of Scotland and Ireland is shared by another country i.e. Finland. 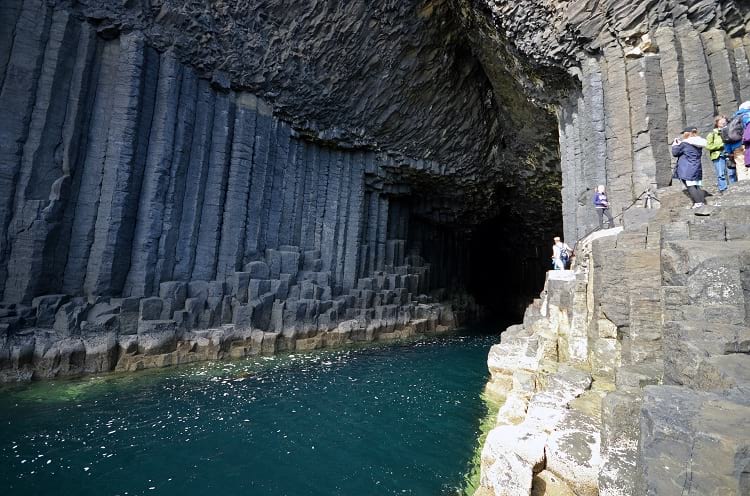 His hugely popular work ‘Fingal’s cave, an ancient epic poem in six books’ was an inspiration for Sir Joseph Banks, a naturalist, who arrived at the cave in 1772 and was greatly impressed by it. As Fingal was the name of the hero in his favourite poem series, he gave the same name to the cave, calling it ‘Fingal’s Cave’.

Formation of the cave, and the GiC began some 60 million years ago when a volcano burst tore through the overlying limestone rock. The molten lava cooled down to form hexagonal (six-sided) pillars of igneous rock. The pillars are so well structured as if made by man, not nature. The 20 meters high and 75 meters long Fingal’s cave, and GiC, both are made of mafic rock (dark coloured silicate, rich in magnesium and iron). Both are out and out a marvel of nature, having no human hand whatsoever in their formation.

On gross observation, all pillars seem alike. Closer observation though reveals subtle differences. Not all pillars are hexagonal. Some have up to eight surfaces instead of six. Length and thickness too varies. 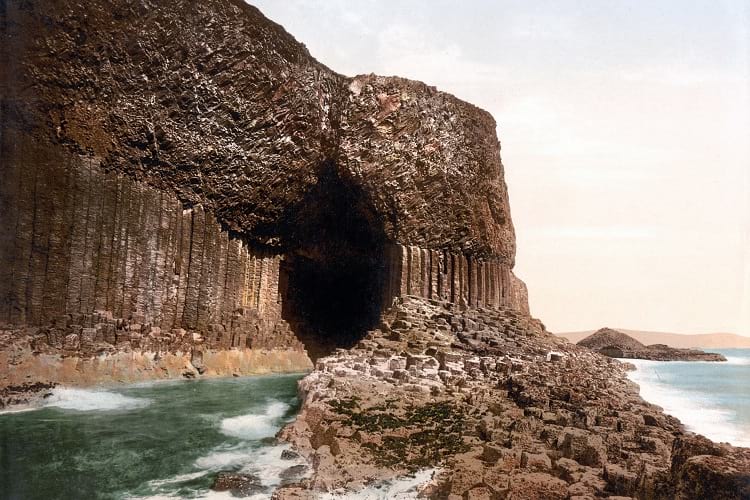 The great musician Felix Mendelssohn was so impressed by the acoustics arising out of the cave, and the sight of islands surrounding it, that he composed a symphony titled ‘Fingal’s Cave Overture’.

Enjoyed this article? Also, check out “Cave of the Crystals: A Geological Wonder with Giant Shimmering Crystals“.

Previous Article
Prora: Hitler’s Colossal Resort by the Beach That Never Served Its Purpose
Next Article
Vantablack: A Manmade Substance that is Blacker than the Blackest of Black