In the early to mid-Victorian era, doctors are said to have used electric bath for medical treatment in a big way. For this purpose, a high voltage electrical apparatus was used to pass electricity through a patient’s body to heal certain diseases.

When the apparatus activates energy, it builds up an electric charge inside a patient’s body. The idea was to help cure certain diseases.

Electrify a patient with electrodes and water 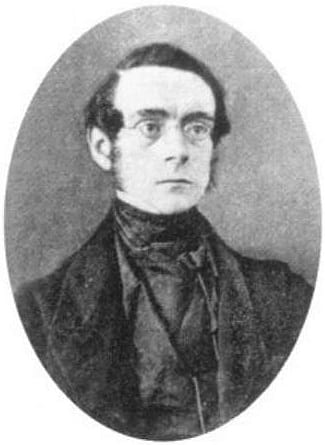 As British doctor Golding Bird once said it was common in the Victorian era to electrify a patient if his ailment refused to yield to any treatment. He then said instead of going through a well-defined system, medical doctors of his era were keener on an electric bath cure.

Dr Bird was known for his work in the medical uses of electricity and the related subject of electrochemistry.

To common people, however, the concept of electrotherapy appears as a creepy therapeutic treatment or even torture. According to medical practitioners of the Victorian era, live metal electrodes inside a small pool can heal a patient. In simple terms, this is known as an electric bath.

People are generally scared of electricity and water mixing together. Though creepy, it appears this method of treatment works.

The concept of an electric bath, also known as electrotherapy, is not uncommon in Japan. For centuries, the Japanese have been using this therapy as an alternative treatment method. Called ‘denki buro’, the concept of electrotherapy has become a public bath culture in Japan since the 1920s. Even today, one can find Denkiburo in several Japanese baths.

There are several benefits of electrotherapy. Some of the benefits include relaxation from pains like back, muscle, rheumatism and spondylitis. Though not scientifically proved, the electric bath also provides relief from headaches, migraines and disorders like a nervous breakdown and neuromuscular dysfunction. As the electrical energy from the electrodes stimulates human nerves. It then transmits signals from the affected areas to the brain to scramble or block the pain. 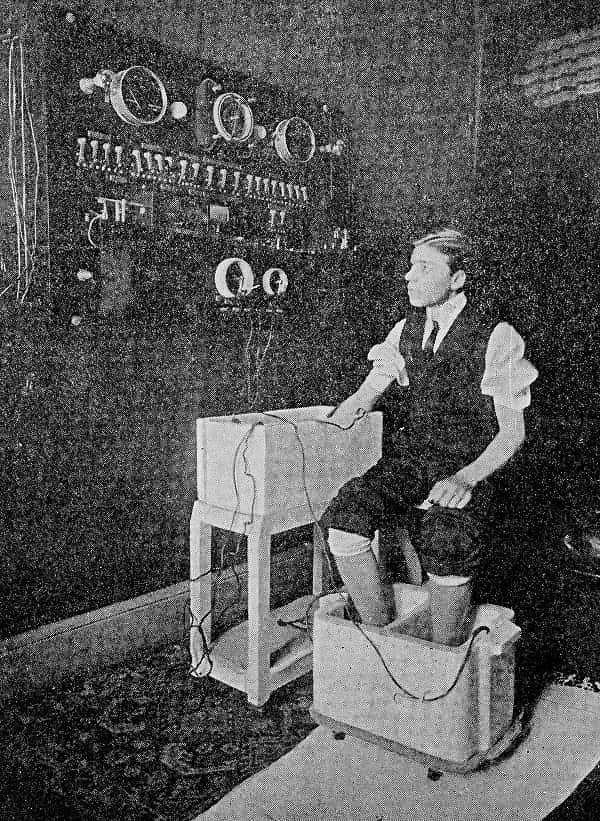 A man undergoing hydroelectric bath to treat his both feet and right arm. (Wellcome Collection)

In order to not get the shock of your life, the amount of electricity that is actually used in electric baths is just enough to stimulate the muscles. Also, there are various factors on which the impact of the stimulation or shock depends on.

There are two key factors that prompt electricity to either stimulate or shock the patient. Factor one is the mineral composition of the water. Factor two depends on how close the patient gets to the electrodes in the water.

However, generally speaking, the output frequency of the electrodes can be 50Hz to 1kHz and the output voltage can be 3 to 10V. Finally, the output current can be 1 to 10mA.

This kind of electric bath or electrotherapy came to be known as Franklinization in the United States of America, thanks to Benjamin Franklin.

This process of treatment was most popular in the US during the mid 18th and the early 19th centuries. Dr Golding Bird, who was associated with Guy’s Hospital brought the treatment process into the mainstream in the US.

Different type of medical device in the US

In the US, neurologists and other medical practitioners were using a different type of medical device for administering the electric bath. They used a device that was called a frictional electrical machine.

In this process, the patient would sit on a wooden stool, and the two were insulated from the ground with the help of a platform having glass legs. Alternatively, the patient was made to lie down near the device.

Such a treatment could extend to several hours, and usually, the electric tension applied to the patient’s body would be 30–50 kV. In this process, the patient would be bathed in electricity in a dark room to avoid extremities to the patient’s hair.

This kind of treatment was causing the patient to turn warm and sweat. His heart rate too shot up considerably, while the patient’s hair usually stands on its end.

Other types of electric bath treatments

This type of treatment was more useful for ailments like inflammatory arthritis and joint problems.

In some other types of treatments, the patients were given a full body immersed treatment. The patient’s body would be slipped into the water completely. Then there was also the four-chamber galvanic baths system, which supposedly improves blood circulation, minimises pain and benefits rheumatoid arthritis patients. Clinics in the US advertised for electric baths

During the 1900s, there were quite a few clinics offering these electric baths in the US. They were even advertising these baths in the form of exciting newspaper advertisements.

One such clinic named Sylvan Electric Baths and located at downtown Brooklyn advertised in 1900 saying its baths were better than hot springs. In the advertisement, the clinic claimed that its electric baths could cure diseases like nervousness, gout, sciatica and rheumatism.

Advertisements that came later even claimed its baths flushed out the toxins from the body by opening up the pores.

By 1915, the Sylvan Electric Bath Company expanded its operations to outlets. Quite a lot of people who frequented these clinic’s baths included women suffering from nervous diseases like hysteria, depression, fainting spells and several other neuroses.

However, electric bath treatments did not work always. Several deaths were reported from the baths. Some were due to suicides, others due to poor treatment and care. The clinic eventually shut shop in 1933.

In a Research paper, authors AW Beveridge and EB Renvoize said such clinics initially took up electrical bath treatment with great enthusiasm. However, when they failed to produce results, they abandoned the electric bath treatment process.

The use of electrotherapy in medical treatment in the form of electric baths during the 18th, 19th and 20th centuries thus slowly declined and eventually died.

Previous Article
American Dream Limo: A Long, Luxury Car That Was Once a Rare Sight to Behold
Next Article
Leonardo’s Robot: Leonardo da Vinci’s Mechanical Knight and Other Robots