Understanding Dictatorship – Why They Don’t Last and What Are the Early Signs of Dictatorship?

A dictatorship in the authoritarian rule of one person or one party over a nation. It has been a common type of governance throughout human history, with kings, queens, chieftains, and suchlike setting down the law for people to follow and making unilateral decisions. There are various reasons why dictatorships may happen, namely:

• The democratic type of politics fails at proper governance, to deliver results, and to uphold governmental institutions.
• Too much political, financial, economic, and military power is consolidated in the hands of one person or party.
• The person or party has the fanatical support of a large group of devoted followers.
• The opposition is weak or fragmented and incapable of putting up a fight.

It is simplistic and incorrect to paint all dictators as evil, power-hungry people. Many of them, in fact, are or have been talented, charismatic people who start out with a strong desire to make a difference in their community or their country. They get involved in local and national governmental matters and are often forced into the top position after their country’s controlling institutions fall into disarray.

Why dictatorships do not last?

There is much-translated and much-disseminated Persian adage that states -“This too shall pass”. And that, in brief, is the reason why dictatorships—and many other forms of governments throughout human history—do not last.

Let’s look at some of the reasons:

1. Time, in the long run, is not in the favour of dictators. Few of them have successors as capable and influential as them, with the same public or military support, and, often, once a dictator dies, the dictatorship goes with it.

2. Dictators have to contend with changing circumstances, and the winds that ushered them into power can suddenly change directions and topple them. That may happen due to deteriorating economic conditions within the country and the inability of the dictator to rectify the situation. Or, because the people can no longer tolerate the dictator’s harsh domestic policies. An example of this was the mass public Strike of Fallen Arms in El Salvador in May 1944 that forced the Salvadoran military dictator, Maximiliano Hernández Martínez, to flee the country.

3. The world is an interconnected place, and it is impossible for any nation to exist in a vacuum. The domestic policies that a dictatorship implements and the way it treats its citizens can affect its international political standing as well as its business and economic relations with other countries.

Foreign powers can put pressure on the dictatorship and force it to follow a more rational course. Additionally, the public opinion formed abroad can affect the citizens and fill them with the desire to have the same rights and opportunities themselves, and inspire them to take action to bring about the political and social changes they desire.

4. It is also essential to mention the issue of covert interference on the part of foreign governments in a country’s national affairs. They may fund and support the opposition to the dictator and play a role in bringing about his downfall. Of course, the reason for wanting the dictatorship to topple is not so much a matter of human rights than the more cynical purpose of getting unimpeded access to the nation’s natural resources.

However, if foreign powers consider a dictatorship useful for their agenda, they will support it over the desires of the citizens of that country.

The early signs of a dictatorship

The Athenian statesman, Solon, who lived from 630 BCE to-560 BCE, informed his countrymen of coming despotism in elegiac verse, warning them that their ignorance would lead them into bondage, and they must act to save their democratic institutions before it was too late. His advice, of course, went unheeded. People don’t learn from history, and that is why historical patterns keep repeating.

Here are some early signs of dictatorship:

Controlling the flow of information in the country is a common method by which the administration can control and shape the social and political narrative. The press may be reduced to little more than a propaganda organ for the administration. Additionally, it may engage in tactics such as attacking the opposition with well-worn terms like anti-nationals or traitors, and it may distort and misreport the news, or blatantly lie.

The journalists and reporters that don’t go along with the official line may stand to lose their jobs or be discredited professionally. In some cases, they may also risk being assaulted. The administration may gradually curb public freedom of expression by harassing, arresting, and imprisoning dissenters.

While the party/government may hold elections to keep up a facade of the democratic process, the election outcome may be pre-determined by the rigging of Electronic Voting Machine (also known as EVM) or the manipulation of paper ballots. Sometimes, the government may make threats or offer bribes to get people to vote for particular candidates. It is also possible that it may threaten opposition candidates and force them to step down or be directly or indirectly involved in assassinating them, leaving the field open for the dictatorship.

The party/government may bring personal and professional pressure on judges to force them into passing judgments according to its diktat. For example, it may require them to give lenient sentences to party cadres and give clean chits to politicians accused of bribery, extortion, and rape. It may also require them to misuse the legal system to embroil the opposition in real or fabricated legal troubles.

Spying on the population

The party in power may set up surveillance systems to monitor most aspects of the citizens’ public lives, including what they do, where they go, who they interact with, and what they talk about, read, or post on social media. The information may then be used against the citizens if they step out of line or criticize the administration.

Punishments may range from smearing their characters and publicly shaming them to summoning them to the police station to explain themselves. It is possible that the targeted citizens may be accused of offending public sentiments and committing other thought crimes. They may be labelled as anti-national or urban terrorists.

The government may make education expensive, and, at the same time, cause the quality of education to deteriorate. It may keep a close watch on well-known student leaders and on those students that have been determined to be troublemakers or agitators. If there is any trouble, it may arrest these students and quell the rest of the protest.

Intellectuals may receive similar or harsher treatment. The government may place them under house arrest or refuse them permission to address the public.

Along with spying on them, the government may suppress the civil rights of the citizens. It may ban them from using smartphones, from going online, and from using public facilities. It may freeze their bank accounts and make it difficult for them to hold a job. Additionally, it may ban them from travelling abroad and from having any contact with the media. Furthermore, it may extend such punishments to the friends and families of the offenders in order to create an atmosphere of fear and bring about social ostracization.

The administration may resort to promoting civil unrest among the citizens in order to prevent a unified opposition against it. For this, it may attempt to pit people against each other on religious, racial, and ideological grounds. It may engage in spreading rumours and announce policies that are likely to provoke certain communities. It may send provocateurs among gathered crowds to incite violence. Sometimes, the government may also stage violent false flag incidents like riots, shootings, and bombings, and put the blame for these events on the public. It may then use the events as a pretext for unleashing the police and the military to curb the protests.

Examples of some lesser-known dictators and their fate: Name: Kurmanbek Bakiyev
Location: Kyrgyzstan
Ideology: Authoritarian
Reign: 2000-2002 and 2005-2010
Aftermath: After the outbreak of violent protests in Bishkek against his authoritarian policies, corruption, and rising utility costs, Bakiyev fled to Jalal-Abab on 8 April 2010. Although he refused to step down, he could not prevail against the opposition and departed for Kyrgyzstan on 15 April 2010. He remains in exile. 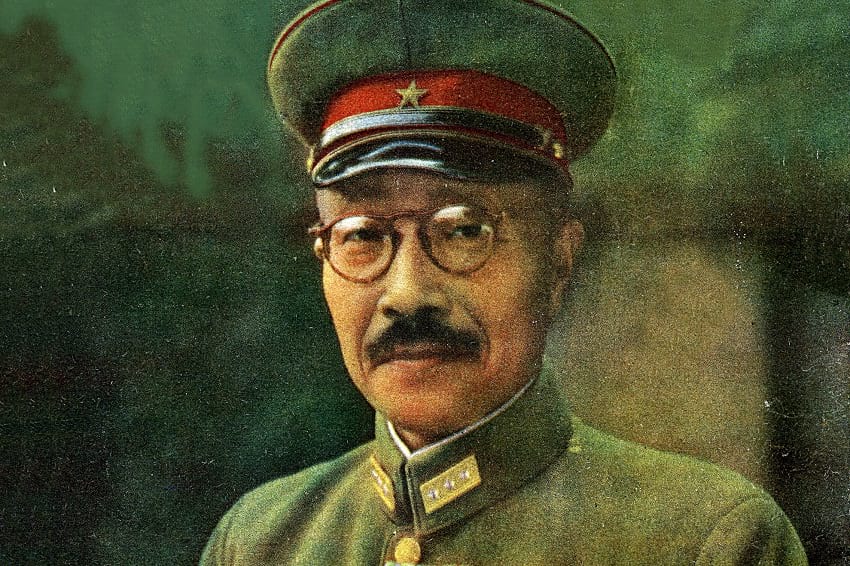 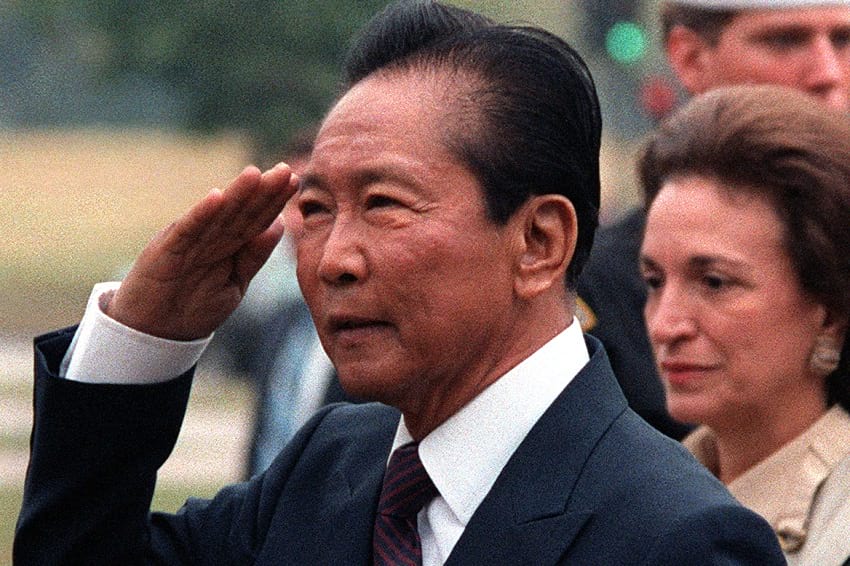 Name: Ferdinand Marcos
Location: Philippines
Ideology: Republican Nationalism/Fascism
Reign: 1972-1986
Aftermath: Rigged elections to win against opposition presidential candidate, Corazon Aquino, on 7 February 1986. After the resultant nationwide protests, he fled to Hawaii on 25 February 1986. He remained there in exile until his death on 28 September 1989. 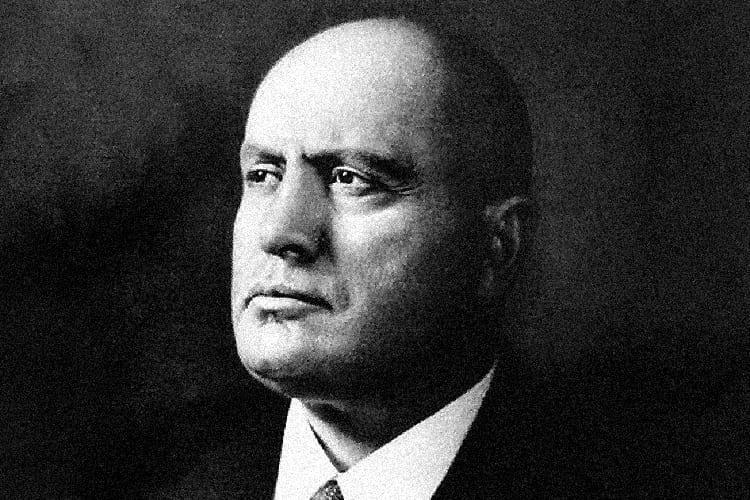 Benevolent dictatorship, which is also sometimes known as enlightened despotism, is the authoritarian rule of one person or party that seeks to exercise absolute political power to bring about social and economic reforms.

Here are three examples of a benevolent dictatorship.

Sultan Qaboos bin Said of Oman is the longest-reigning ruler in the Middle East. He seized power in Oman on 23 July 1970, after ousting his father, Sultan Said bin Taimur, with the assistance of the British military.

Using oil revenues, he then proceeded to transform Oman from an impoverished state into a modern nation with highly developed infrastructure, healthcare, and education systems.

Lee Kuan Yew served as the first Prime Minister of Singapore for 30 years, from 1959 to 1990; as a Senior Minister from 1990 to 2004; as a Minister Mentor from 2004 to 2011; and as Member of Parliament for Tanjong Pagar Group Representation Constituency from 2011 to until his death in 2015 at the age of 91. For nearly 56 years, he retained complete parliamentary control of Singapore.

Along with his focus on upholding meritocracy and rooting out corruption, Lee Kuan Yew invited foreign investment, built manufacturing plants, and developed Singapore economically. The country transformed within one generation into a first-world economy.

France-Albert René, who died on 27 February 2019, served as the second Prime Minister of Seychelles from 1976 to 1977, and, after a coup d’etat, as the second President of Seychelles from 1977 to 2004. Although he stepped down in 2004, he remained the leader of the ruling Seychelles People’s Progressive Front party. During his tenure, due to extensive government funding in education, healthcare, tourism, and fishery, Seychelles became one of the most progressive countries in Africa. It also retained its political stability, despite CIA-funded attempts to topple the government.

It is easy to look back on history and think that will never happen here. However, as history itself proves, dictatorships can happen anywhere there is little civic engagement and much public ignorance.

Previous Article
Light Pillars, an Insight into Nature’s Spectacular Optical Phenomenon
Next Article
Dazzle Camouflage: The Wonder That Worked in World War I