NASA’s Deep Space Network: How We Communicate with Space Probes Billions of Miles from Earth 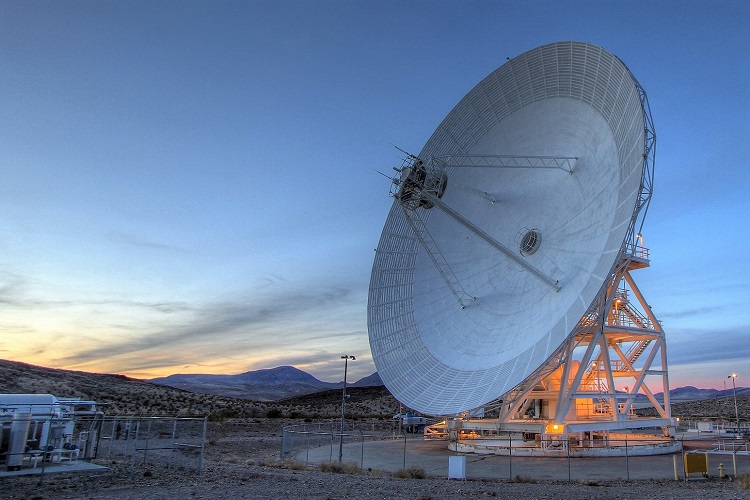 The Deep Space Network or DSN is a network of radio antennae, owned by American Space Agency NASA and in particular, a division of theirs called the Jet Propulsion Laboratory (JPL). Spread across three continents, the DSN antennas act as middlemen to transfer data between spacecraft from Outer Space interplanetary missions as well as other satellites which orbit Earth.

1963 brought about the launch of the DSN under the JPL which was originally an institution of the U.S Army. They used it for mapping and reconnaissance. NASA saw great value in the program and had it transferred when the opportunity arose, knowing that an isolated hub for communications would be more effective than each craft or mission having to create its own. The Californian location was made headquarters, with Canberra joining the program in 1965 and Madrid later in the same year.  At this time it serviced only three crafts yet just half a century later the number had increased to thirty-three. This includes vessels from organisations outside NASA including the European Space Agency, Japanese Space Agency and their Indian counterpart.

The sites of DSN

At any given DSN site there are four antennas. Each site sits 120 degrees apart in longitude, in Canberra (Australia), Madrid, (Spain) and in Goldstone, (California). They are evenly spaced meaning that the rotation of Earth will not affect signals as it disappears under the horizon. In this regard, one might say that the sun never sets on NASA’s empire. 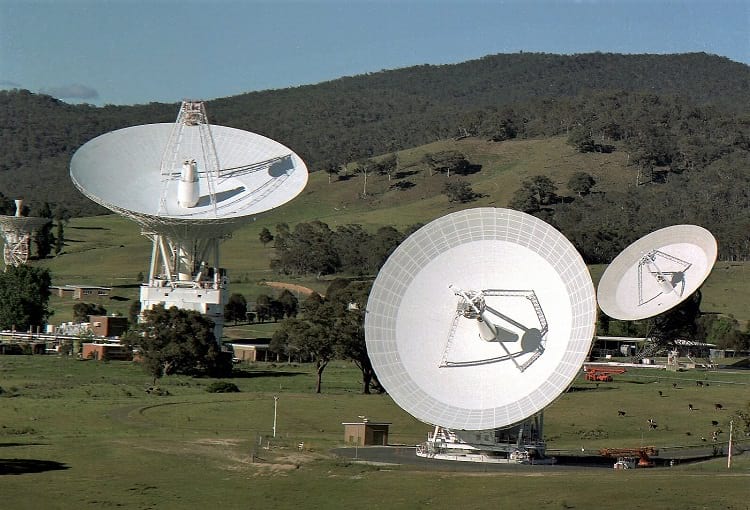 They are situated on Earth as a means of space saving. They are too large and too heavy to be usefully implemented on spacecraft which traditionally only have small devices. They also deliver weak signals back to Earth but it is a secure delivery. The strength of signal the antennas receive is ridiculously low,

“…20 billion times weaker than the power level in a modern digital wristwatch battery.”

It is still effective in receiving data none-the-less. Once the DSN centers receive the data they send it to the Operations Facility at the JPL, In Pasadena, California. Then the data is processed and the pictures come to life. According to the DSN website, they are “…the largest and most sensitive scientific telecommunications system in the world.” Their goal is to “…improve our understanding of the solar system and the larger universe.” They provide the crucial connection for commanding our spacecraft and receiving their never before seen images and scientific information on Earth, propelling our understanding of the universe, our solar system and ultimately, our place within it.

Most correspondence is among the Voyager missions. Both set off in 1977 to monitor planets inside our solar system with Voyager II launching 16 days before Voyager I. At the time of writing, both have made it outside of the solar system – monumentally the only two crafts in history to do so. Exactly what this means,

“For the second time in history, a human-made object has reached the space between the stars. NASA’s Voyager 2 probe now has exited the heliosphere – the protective bubble of particles and magnetic fields created by the Sun.”

To give a glimpse of the important of DSN, here are some of their accomplishments. They provided the images of Neil Armstrong’s moonwalk, helped in the rescue of the Apollo 13 astronauts when they couldn’t access the main communications sector of NASA. 1965 brought the first close up images of Mars, 1974 – Mercury and in later years: Jupiter, Saturn, Neptune as well as their rings and moons. And of course the Voyager missions, which have documented their maiden move into interstellar space.

Between them, Voyager 1 and 2 explored all the giant planets of our outer solar system, Jupiter, Saturn, Uranus and Neptune; 48 of their moons; and the unique system of rings and magnetic fields those planets possess.”

Both Voyagers carry The Golden Record which we have spoken about before.

Alas, not all is sweetness and star-light with DSL. There have been mistakes made which it would seem are inevitable in such a complicated type of environment and distance. However, a prestigious organisation such as NASA strives to make sure that errors do not happen as the cost can be extreme as well as time-consuming to find and bring a replacement.

One example is of Cassini, a spacecraft which was orbiting Saturn’s equator and planned to move into the atmosphere after thirteen years dancing around the rings. When the time came, the uplink from DSL failed and so Cassini was unable to make the plunge which had to be done in a certain moment for favorable conditions. The dive was made a day later but it showed a chink in the seemingly impenetrable armour of DSL.

It is not the first fault made by DSL and while some criticisms have been admonished it retains support from many major players in the astronomy game. For example, astronomer Brad Peterson states, “As NASA launches increasingly complex and data-hungry missions… the need for DSN is only going to increase.”

Upgrades have been made to keep the technology ticking over and eliminate errors yet it is said that the recent blips actually occurred because of the newest antenna installed. None-the-less, DSL have never dropped below “…95% of both outbound and incoming signals, its minimum goal.” This is according to Pete Vrotsos, program manager at NASA’s Space Communications and Navigation office. And moreover, this is with reported annual budget cuts from NASA. Similar initiatives seem to be having more investment in European missions: Rosetta, Gaia and Mars from the ESA are receiving consistent support.

They are furthermore trying to implement updated techniques such as laser systems opposed to radio transmissions but this comes with its own problems. They are lighter and more energy efficient than older style systems which would help proceedings in the long run.

The future of DSN

Investing money in ventures like this is a controversial topic. Many will say why not invest in our planet instead of planning wild goose chases into the dark unknown. The counter of that would be to reprise the famous Oscar Wilde quote,

“We are all in the gutter but some of us are looking to the stars.”

Millions of years of nomadic culture mean that the human race is destined to explore and so space missions will forever be part of the fabric of life. Outward thinking and exploring space is an unexplainable necessity. We believe that Outer Space has the key to solving many problems on Earth but we just don’t know where to look. For this reason, NASA’s DSL program is a much-needed commodity, one which can hopefully get through this apparent time of austerity and conquer the test of time.

Enjoyed this article? Also, check out “Did Man Really Land on Moon? The Dilemma of Apollo 11’s Missing Tapes“.

Previous Article
Kolmanskop: From Being the Richest Town to Now Being Devoured by the Desert
Next Article
Devils Hole: The Only Wild Habitat in the World Where the Endangered Devils Hole Pupfish Are Found