The Devil Behind Dawood Ibrahim 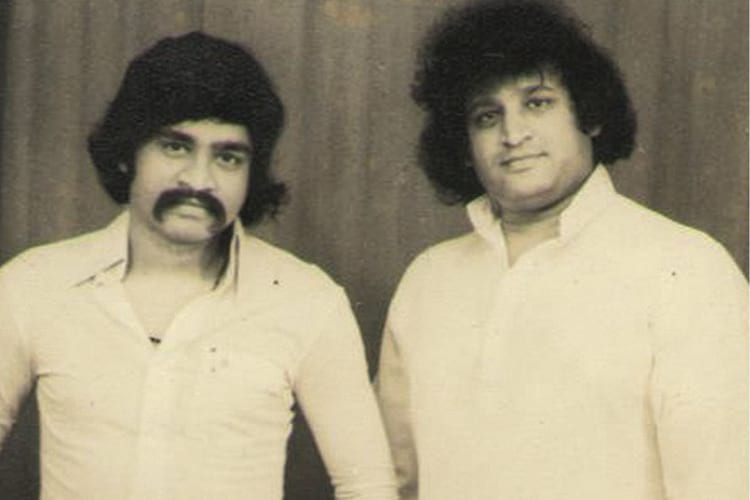 In Dawood’s Mentor, we visit the Bombay of the 1970s. It was an innocent time, even for the mafia of the city. They lived in rank and congested buildings in small lanes and mohallas, ruled their small areas and ran smuggling, bootlegging, black marketing, and prostitution operations, and fanned their interpersonal feuds.

This is the story of Khalid Pehelwan, who later mentored Dawood Ibrahim. At the start, as a newly rich gold smuggler who had once wanted to be a policeman, he decides to move away from the labyrinthine mohallas of Dongri and rent a plush flat in upmarket Bombay Central.

Dongri, incidentally, was where most of Bombay’s underworld lived.

“The areas of Dongri, Pydhonie, J.J. Market, Umarkhadi—popularly known as ‘3, 8 and 9’ (Bombay pincode numbers)—had back-to-back buildings that shared walls, with poor hygiene and no civic amenities… The lack of physical space had also impinged on the mind space of the gangsters, who had never thought bigger.”

The famous characters of the underworld included Bashu Dada of Teli Mohalla, a neighbor of Dawood Ibrahim, and Hassu Maharaj of Khanda Mohalla. And then there was Kareem Siddhi of Siddhi Mohalla, who looked so much like Idi Amin, the erstwhile dictator of Uganda, that even the police knew him by that name.

“Kareem Siddhi, of course, loved the moniker and began dressing up in military uniform to keep up the facade.

Every Friday, after the Jumma prayers, Kareem Siddhi used to don the military uniform with his black shades, trying to look every inch like Idi Amin. And then he would stand on a platform and give fiery speeches to an audience comprised mainly of his acolytes and some of his community members.”

The Siddhi community were Sufi Muslims of African origin; the Portuguese had brought them to India as slaves some 500 years ago. As a member of this community, Kareem Siddhi was a tough leader.

“As long as Kareem Siddhi was alive, no gangster, mafia don or policeman dared to cross swords with him. The Idi Amin of Mumbai ruled in his small fiefdom unchallenged.“

Between them, the brothers Abdul Rahim Khan and Abdul Karim Khan (Karim Lala) ruled Jail Road South and the Grant Road area of Baida Gully. Then there was Shahid, of Arab Galli, who ruled over the red-light areas of Kamathipura, Foras Road, and Playhouse.

“The gharwalis and pimps collected cash in the morning from the helpless prostitutes and gave it to Haji Umar, who was the head of all the pimps and was pejoratively referred to as ‘Bhadvon ka Boss’, meaning the ‘chief of pimps’. Umar used to make thousands of rupees every night and would keep bringing girls from the northern and southern Indian states as per the demand. At the time, Umar ruled the red- light area with an iron fist.”

Umar, the son of a prostitute named Ayesha, was a notorious homosexual that sodomized the women he pushed into prostitution. He was soon to lock horns with Shahid of Arab Galli.

Being an innovative goon, Shahid saw a lucrative opportunity in the huge appetite the public had for blockbuster Hindi films like Zanjeer and Bobby. They lined up for hours in long queues to book advance tickets for films at seedy cinemas like Taj Talkies, Shalimar, Nishad, Super Talkies, and Royal Talkies. So, to take advantage of these people, Shahid came up with the ‘chaar anna scheme’. If you didn’t want to stand in queue and wanted to move ahead of 10 people, you paid chaar anna or 25 paise. If you wanted to move ahead of 100 people, you paid Rs. 2.50. At that price, in those days, you could buy the movie ticket itself.

It turned out to be a successful scheme and made Shahid a lot of money, but, at the same time, it enraged Umar. He didn’t want someone else making money on his turf. However, Karim Lala intervened, and he wasn’t someone Umar dared to defy. Afterall, Karim Lala was a tough dada in his area, and, moreover, was allied to big muscles like VaradarajanMudaliar and Haji Mastan.

With this support, Shahid made encroachments next into Umar’s particular speciality of prostitution.

He began supplying young virgins to Arabs who came from Saudi Arabia to Bombay on business trips and stayed in five-star hotels. Describing this disgusting trade as ‘ribbon-cutting ceremony’, Shahid charged Rs. 1000 for young girls and Rs. 5000 for virgins. He made huge profits from the business and then discovered that he could make even more money by selling underaged girls to the Arabs under the guise of marriage. He began persuading impoverished Indian Muslim families from Bombay and Hyderabad to sell off their teenage daughters. These young girls were ‘married’ by pseudo Qazis to elderly Arabs.

The Arabs thought it was a great business too. For a mere Rs. 10,000, they could take away young virgin girls.

The Indian government took notice in 1991 after the flight attendant of an Indian Airlines flight, Amrita Ahluwalia, courageously rescued 11-year-old Ameena Begum from being taken away by her elderly Arab ‘husband’. Even so, even after the incident made headlines, the horrifying trade continued.

Of course, everyone in the underworld wasn’t involved in these activities. Varadarajan Mudaliar, for instance, stuck to monopolizing liquor bootlegging.

“from Dharavi to Dahanu and on the central railway line until Dombivli, he had the sole authority to brew and distribute liquor.”

“Every turf was thus demarcated and restricted to a particular mafia group. Until the Pathan gang—led by Amirzada–Alamzeb, went on a rampage, opposed only by a twenty-year-old Dawood, who boasted a band of loyalists— none of the gangsters ever thought of consolidating their hold over the entire south Bombay area.”

That is until Khalid began to dream big. From smuggling gold, he went to the next level and began smuggling diamonds. It was more profitable and easier to smuggle diamonds than gold. 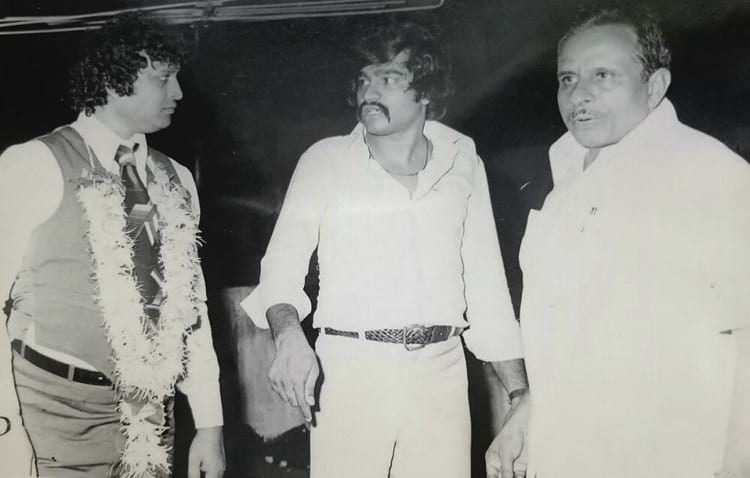 “Gold could not be carried on flights as the vigilance therein was too much, whereas diamonds could be easily smuggled in through airports. Diamonds worth several lakhs could be easily kept in the pocket, hidden in the underwear or camouflaged in other accessories.“

“The diamonds, depending on the number of carats and the cut, could make a minimum margin of over 200 per cent and could be easily sold in the Surat or Ahmedabad diamond markets, if not in Opera House or Zaveri Bazaar in Bombay.”

Getting the hesitant Bashu Dada on board to finance the venture, Khalid went to Dubai to meet Abdul Wahab Galadari and get diamonds worth over Rs. 3 lakhs. It was a test run to see if Khalid could successfully evade the customs in Bombay.

“When Khalid reached Bombay, he hesitated and then walked towards a customs officer and declared that he was carrying a gold biscuit. The customs officer glared at him and then made him pay a duty of Rs 25,000 on it. The customs officer reprimanded him for carrying gold, which Khalid explained was for his would-be bride. Khalid was lightly frisked but no attention was paid to his shoes, in which the diamonds were hidden in the heels.”

This is an interesting book with some great descriptions and tongue-in-cheek writing. If you’ve lived in Bombay, you will recognize all the landmarks. Hopefully, you will not have experienced anything of the parallel universe of the underworld. 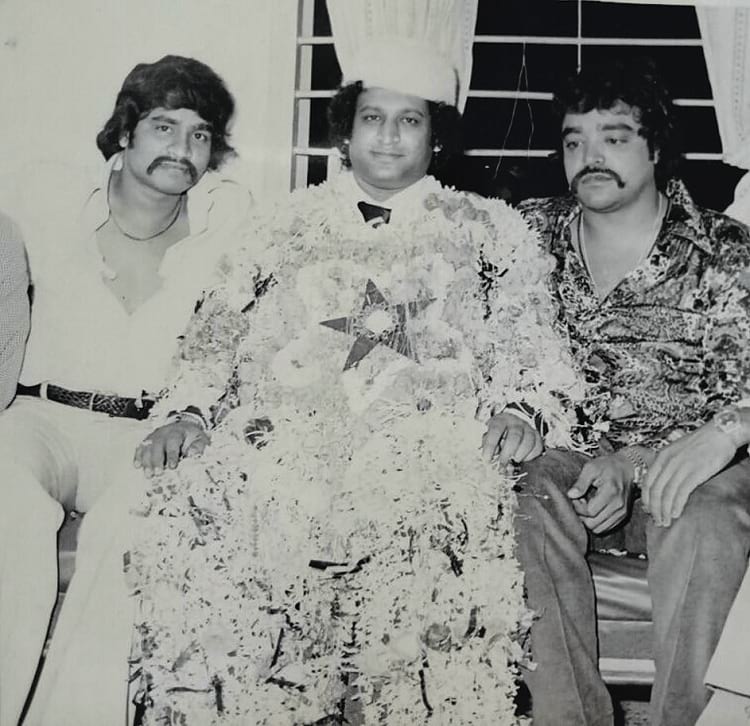 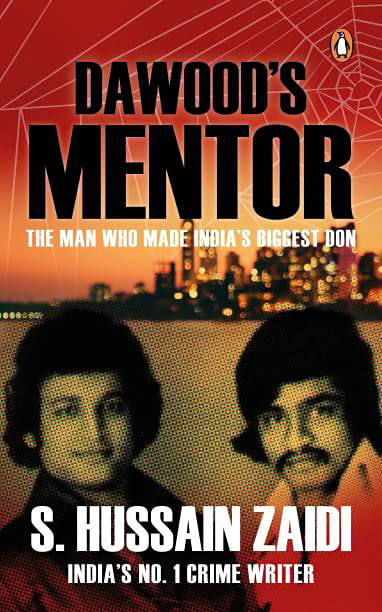 Dawood’s Mentor: The Man Who Made India’s Biggest Don | By S. Hussain Zaidi

Previous Article
Optical Telegraph: Communication Before the Internet
Next Article
Space Advertising: The Race to Advertise in Outer Space