The Summoning of Demons: The Dangers of Artificial Intelligence 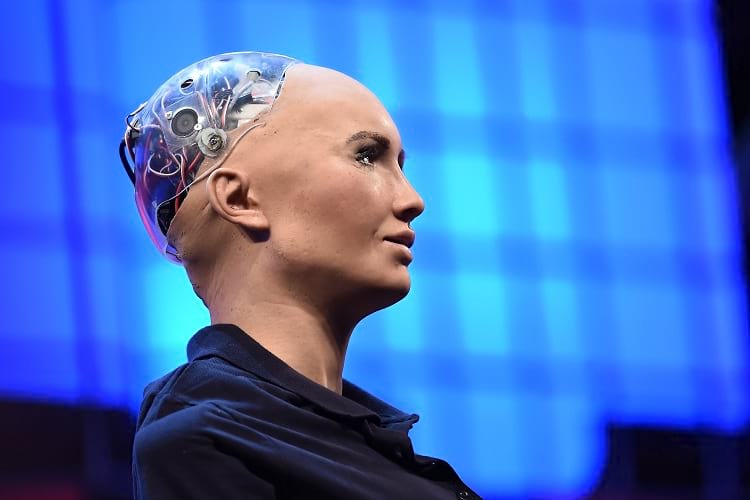 Once upon a time Sci-Fi films starring intelligent robots were deemed by many to be far-fetched as they depicted a future on Earth with artificial intelligence contributing as much to society as humans (and even more). Yet they fast became believable, such was and is the rise of automation in the real world. By now almost everyone has seen – at least a video – of a human-like robot for example, Sophia.

A.I has evolved so much that films like I-Robot starring Will Smith became less Sci-Fi or Fantasy and more like a documentary into what the future could hold.

A prevalent theme of such Dystopian films (including I-Robot) is that said intelligence could and would turn corrupt. Again, this is thought by many today to be implausible such is the confident human stance at the top of the food chain and our supposed sentient control over machines. Some people such as those in the know about technology: Elon Musk, Stephen Hawking and Bill Gates know better.

Because again, this is becoming more and more a reality with stories arising about artificial intelligence going against their masters albeit on a small scale at the moment. Never-the-less, A.I is having more responsibility and influence meaning this scale is rising, dangerously quickly if the supposed fear-mongers are to be believed. Recent examples show that things can go wrong and again brings up the question of security within A.I. Can they be trusted?

A.I is moving on from prehistoric factory line robots – who can do jobs faster than humans but without the creativity – and moving forward to carry out the tasks of humans but also to think independently, outside-the-box in order to gain an advantage. This means they will find shortcuts with their vast stores of information which can cause problems as well as solutions. At the moment, menial tasks can be done but the scale and responsibility of such tasks are increasing rapidly such is the money it can generate and save.

The most potent threat is not about the robots developing a mind of their own which some people misconstrue but if said technology falls into the wrong hands such as that of a maniac who does not value human existence. They can contribute to social manipulation through vast target marketing as well as having the ability to analyse individuals, for example in China’s Social Credit system. This could cause chaos on a global scale by manipulating individuals, if it falls into the wrong hands.

Russian President Vladimir Putin spoke about both sides of A.I, mainly relating to the weaponry it can create;

“Artificial intelligence is the future, not only for Russia, but for all humankind. It comes with enormous opportunities, but also threats that are difficult to predict. Whoever becomes the leader in this sphere will become the ruler of the world.”

Dangers of Artificial Intelligence: Ghosts in the machine

Here are some examples of the issues starting to surface with A.I as they are given more room to roam. One such instance caused sexual discrimination within the offices of Amazon, something which should have been consigned to the past. It was incomprehensible that a futuristic machine would have the capability to do this but the reasons became apparent. This A.I was within a program designed to rate C.Vs of applicants. With large companies having thousands of applicants for each position, an automated way of sorting through them is an extreme time-safer. What they did not bank on however, was the machines being bias against sex.

At Amazon, as the data given to the A.I came from ten years of applications – in which males dominated the technology industry – the robots compiled their data from that. This was so extreme that even resumes with ‘Woman’ were punished such as Women’s clubs and colleges. Amazon of course, corrected the program but it did not guarantee that other errors had been made and therefore, never used to tool again except for less significant tasks.

It is reported that Amazon isn’t the only company using A.I in this way however.

“The company’s experiment, which Reuters is first to report, offers a case study in the limitations of machine learning. It also serves as a lesson to the growing list of large companies including Hilton Worldwide Holdings Inc. … and Goldman Sachs Group Inc. … that are looking to automate portions of the hiring process… Some 55 percent of U.S. human resources managers said artificial intelligence, or AI, would be a regular part of their work within the next five years, according to a 2017 survey by talent software firm CareerBuilder.”

In terms of being able to logistically evaluate populations, LinkedIn – a Microsoft invented professional social-networking site has executed this. Employers are able to find rankings of employees based on company positions. It also offers algorithms to match them with specific qualifications or abilities.

The Vice President does not trust it for hiring but values its worth. “I certainly would not trust any A.I system today to make a hiring decision on its own… The technology is just not ready yet.”

Another program supposedly gone wrong involved an artificial language created by A.I within Facebook. Two robots were intended to mimic human trading in the form of selling basic items like balls, hats and books. But Facebook was reported to shut down the program after the robots invented their own phrasing which was incomprehensible. As there was no reward to the bots – named Alice and Bob – for communicating in English they developed their own languages to be more efficient.

Facebook described these last reports as sensationalist journalism however and that the program was not shut down as robots creating new dialogue is not an issue. Dhruv Batra of Facebook’s Artificial Intelligence Research explains more,

“While the idea of AI agents inventing their own language may sound alarming/unexpected to people outside the field, it is a well-established sub-field of AI, with publications dating back decades.

Simply put, agents in environments attempting to solve a task will often find unintuitive ways to maximize reward. Analyzing the reward function and changing the parameters of an experiment is NOT the same as “unplugging” or “shutting down AI.” If that were the case, every AI researcher has been “shutting down AI” every time they kill a job on a machine.”

One man at the forefront of technology is entrepreneur Elon Musk who has started to declare A.I a serious threat to humans. Although he is vague on the specific dangers, he maintains it is impossible for a few people to oversee such a huge amount of A.I.

“I have exposure to the most cutting-edge AI and I think people should be really concerned about it… I keep sounding the alarm bell but until people see robots going down the street killing people, they don’t know how to react because it seems so ethereal…  “With artificial intelligence we are summoning the demon.”

Stephen Hawking is on the fence, feeling it could go either way.

Like everything in life, there are positives and negatives. But like few things in life, the negatives relating to the subject of A.I can have devastating effects. Without a doubt it is being used to improve life and so far any terrors that come with A.I have not been released thus far. But if the opinions of Elon Musk and the like can be trusted – which of course they should – then it is not too far around the corner if not properly monitored. Artificial Intelligence will become more and more a part of life and at this rate, problems seem impossible to avoid. For if A.I is to be implemented perfectly, it would have to be free from human error and free from corrupt people. This has never been the case in the history of human evolution.