D.B. Cooper: The Man Who Hijacked a Plane and Got Away 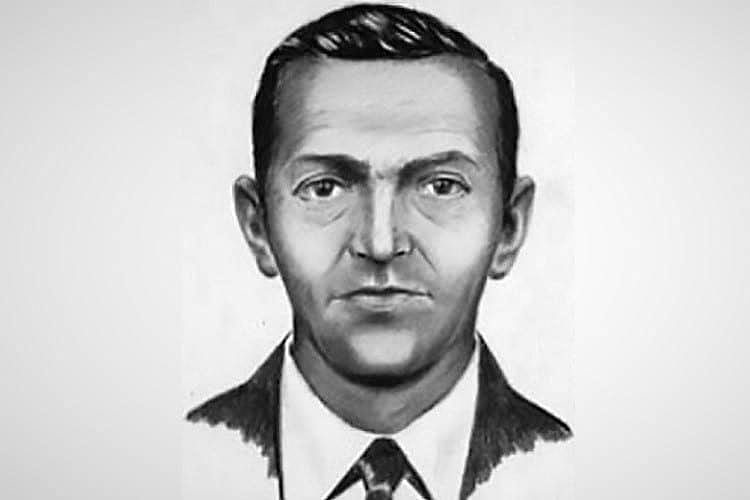 Composite sketch of D. B. Cooper by FBI. (U.S. Federal Bureau of Investigation)

D.B. Cooper is a name referred to an unidentified man responsible for the hijacking of a Northwest Orient Airlines aircraft on 24th November 1971. The case turned cold after an extended period of thorough investigation and it is still regarded as an unsolved case, with the real identity of the culprit being an inconclusive mystery.

Cooper boarded the flight that was scheduled to travel between Seattle, Washington and Portland, Oregon, on the afternoon of November 24th, 1971. Unlike the other well-known hijacking cases, Cooper remained calm throughout the ordeal without raising suspicions among most of the passengers who travelled with him.

In a description obtained from the flight attendants, he was described as a person in his mid-40s, weighing approximately 170 to 190 pounds and a height around 5′ 10” to 6′. He wore a business suit with a black tie which was later retrieved. Cooper reportedly ordered a drink and then handed over a note to the stewardess who stated that he had a bomb in his possession and instructed her to sit with him. Boeing 727. Identical to the aircraft that was involved in the hijack. (Richard Silagi / Wikimedia Commons) 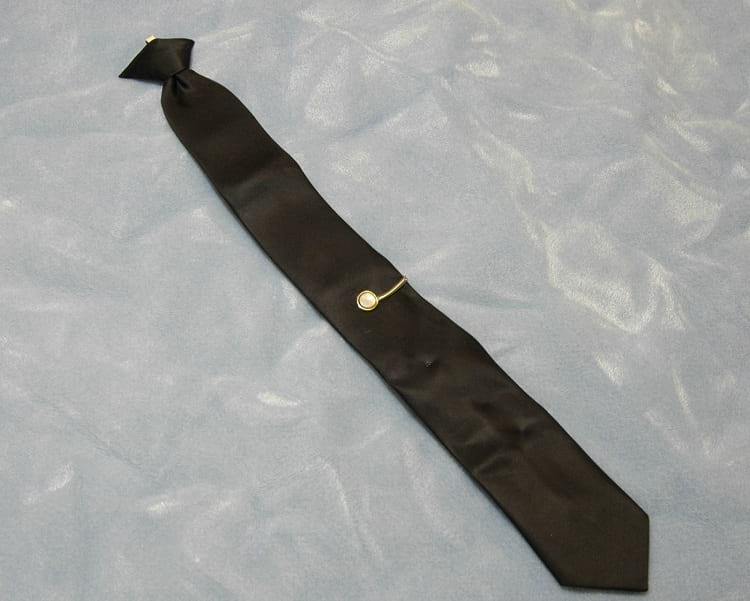 Tie that D.B. Cooper wore during the hijack. (FBI)

She did as told, following which he opened his suitcase and showed her a mass of wires and red coloured sticks asking her to deliver a note to the captain of the plane. This note contained his ransom demands – $200,000 cash in $20 bills, and four parachutes. The flight reached Seattle safely and the passengers were free to leave. Cooper received his ransom demands.

He asked the remaining flight attendants to deliver a precise set of instructions to the pilots, showcasing his knowledge of aeronautics and the local conditions. Then the plane took off, with a course set to Mexico City as per his demands. Somewhere on this route, the hijacker certainly pulled off the unthinkable. Cooper managed to take a plunge into the cold, dark night during the flight with a parachute and the money in his grip. The flight later landed somewhere safely, but Cooper was never found. Digital copy of the demands made by the hijacker from the FBI. (FBI) 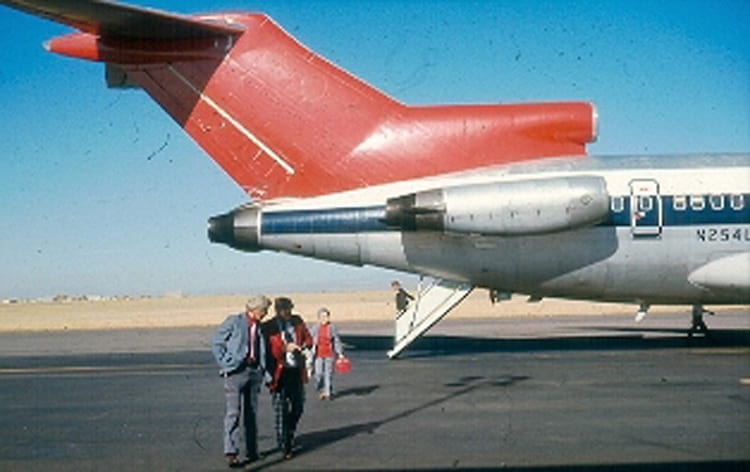 Boeing 727 with open Airstair, the access used by D. B. Cooper to flee the aircraft during the flight. (R. W. Rynerson / Wikimedia Commons)

He purchased his ticket under the name Dan Cooper, as found by the FBI in the early stages of the exhausting and unsolved investigation. The moniker D. B. Cooper became famous because of a media mix-up. The FBI interviewed countless persons, considered hundreds of suspects, and followed several leads across the country.

The ransom money handed over to him was extensively documented, down to the serial numbers of each individual bill and their arrangement in the stack. The investigators presumed that Cooper wouldn’t have survived the jump as the conditions were averse. He jumped out of the plane at night, into a wooded area and with unsuitable clothing for such a jump.

Thus began an extensive manhunt by the FBI, who analyzed the situation in all possible ways to try and locate Cooper’s landing zone, or to find out where he spent the ransom money. The FBI found their first material evidence in 1980 when an eight-year-old boy named Brian Ingram found a bag containing the ransom money in the Colombia River. The bills were found in the exact arrangement as they were on the day of the hijacking but in a partially rotten state.

Many of the case details were disclosed when FBI Agent Larry Carr took over the case. He speculated that Cooper had prior experience with the Air Force and that he could’ve been in the European region, based on the fact that the name Dan Cooper refers to comic books describing adventures of a French-Canadian Air Force test pilot. In 2007, FBI revealed that they sought the help of Tom Kaye, who was a palaeontologist under the banner of Cooper Research Foundation and tried to extract more details from the evidence using technology which was previously unavailable.

Kaye examined the tie retrieved from the plane, from which DNA samples were extracted in 2001, in the aftermath with an electron microscope in the hope of finding a clue. In January of 2018, FBI formally closed its investigation into the Cooper case citing that he could have died of exposure in the woods. Since then, a team of private investigators of the cold case, led by Tom Colbert, have revealed that they may have identified D B Cooper to be a Vietnam War veteran Robert W. Rackstraw.

They based their revelations on five taunting notes that Cooper supposedly sent to the media houses, which had enough clues to link his identity and his connection.

Recommended Read:
The Last Master Outlaw: How He Outfoxed the FBI Six Times But Not A Cold Case Team | By Thomas J. Colbert & Tom Szollosi

Recommended Watch:
The Skyjacker That Got Away (2009)

Previous Article
Is the Story of ‘Zana’ the Ape-Woman who could Outrun a Horse True? or a Myth?
Next Article
The Antonov An-225: The Longest and the Heaviest Aircraft Ever Built