Communism in Indonesia: The Destruction of the PKI 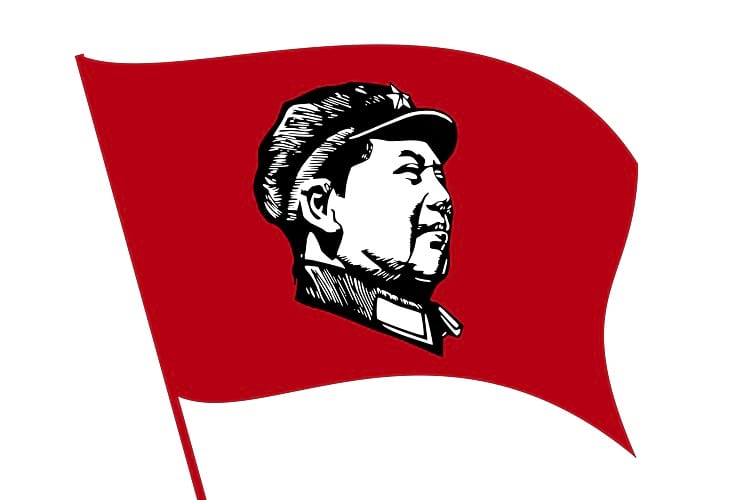 Julia Lowell’s book ‘Maoism – A Global History‘, released by Bodley Head, gives us an interesting and impartial look into the legacy of Chairman Mao. 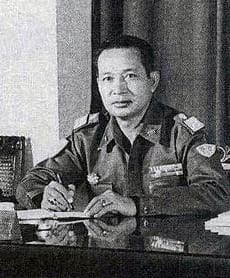 In Chapter 5 ‘The Indonesian Connection’, we take a walk back into one of Indonesia’s most tumultuous years. It was in 1965 that the Indonesian Army, under General Suharto, seized power from President Sukarno and annihilated the PKI, the communist party of Indonesia. Around one million people died in the purge and the incident remains a gaping wound in Indonesian society. Even over 50 years later, Indonesian cannot question the official version of what happened without repercussions.

At the start, we follow an American filmmaker, Joshua Oppenheimer, who is making a film on the event and is interviewing both the perpetrators and the victims. We hear from Inong, an elderly village headman, who speaks openly about his role in the paramilitary death squads and how they tortured and mutilated the victims before killing them. In the course of this monologue, he describes drinking the blood of the people he killed in order to keep from going crazy:

“There’s only one way to avoid it: drink your victims’ blood or go crazy. But if you drink blood you can do anything! Both salty and sweet. Human blood. I know from experience.”

This bloody chapter in Indonesian history resulted from a combination of domestic power struggles, personal vendettas, a conflict between traditional religious beliefs and communist beliefs, and the nefarious interference of the usual suspects in such matters – the US and the UK.

However, let us first take a look at the role of the Communists in the matter.

Here are some pertinent points about the PKI: 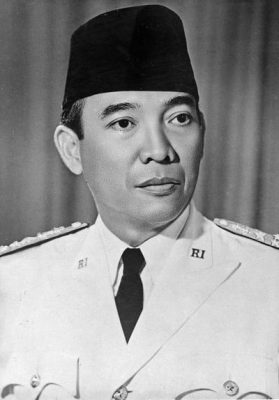 • It came into existence in 1920.
• The Soviet Comintern helped bring it into existence.
• It was “the first Communist party in Asia”. It formed a year prior to China’s communist party.
• It participated in the anti-colonial movement against the Dutch occupation of Indonesia and, as a result, was forced to go underground.
• It tried to seize power in East Java in 1948 and was brutally foiled, with tens of thousands of its members and leaders summarily killed.
• Dipa Nusantara Aidit took over the PKI leadership in the 1950s and began to take a more Maoist approach.
• Under Sukarno’s ‘Guided Democracy’ in the 1950s and early 1960s, the PKI flourished. It carried out a large-scale grassroots campaign during this period and gained a strong following in Indonesia. The communists managed to mobilize “tens of millions of Indonesians” in the various social welfare and upliftment schemes and programs that they launched.
• The PKI’s public popularity was why Sukarno allied with it and shielded it from its detractors. He said:

“Can we create unity while bunging twenty per cent, sixteen millions, the Communists, down a mouse-hole? They want me to ride a horse, but insist that they must first chop off one foot of the horse. I cannot and will not ride a three-footed horse.”

• Like Sukarno, the PKI was staunchly against the imperialist meddling of the Western powers in Asia.‘Colonialism and imperialism are living realities in our world,’ he(Sukarno) told a South East Asian audience in 1963. They ‘manipulate conditions in order that our nations can be kept eternally subservient to their selfish interests.’

The Lead-up to the Coup

Encouraged by their grassroots success and inspired by Mao’s much-touted achievements in China, the PKI began to envision a power takeover in Indonesia. However, the Indonesian Military had no liking for the PKI and presented a huge roadblock.

“It reviled PKI not only for its alleged attempt in 1948 to split the nascent Indonesian nation, but also for its imputed atheism, for its subscription to a foreign ideology and purported sponsorship by foreign powers (the Soviet Union and China), and for the challenge that it posed to elites in power since the revolution. Above all, the PKI was a hated competitor because, in its organisation and discipline, it threateningly rivalled the army itself.”

However, the Indonesian Army was guilty itself of what it accused the PKI of. It too received covert assistance from foreign powers. In its case, it was both the USA and the Soviet Union.

To challenge the power of the Army, the PKI decided to form a Fifth Force. That is, a PKI militia made up of workers and peasants. They wanted to, as DN Aidit put it, “‘Ignite the spirit of the wild buffalo!”

As the rift between the PKI and the Indonesian Army widened, there was polarization between the civilian population too.

‘The nation is at boiling point,’ Aidit told his party. ‘Therefore intensify the revolutionary struggle at all points.’

• In May 1965, the Indonesian foreign minister, Subandrio, publicized a draft telegram that was supposedly written by the British ambassador, Andrew Gilchrist, and which “alluded to a planned British and American attack on Indonesia assisted by ‘our local army friends’. At a PKI mass rally later, Subhandrio said there were ‘documentary proofs’ of an imminent counter-revolution plotted against Sukarno.
•In August 1965, Sukarno passed out thrice and it was very likely that, with his death, the PKI would lose its shield against the Indonesian Army. The alarmed PKI decided to act first.

“On 1 October 1965, Indonesians woke up to an unnerving ten-minute broadcast. It told, in the third person, of a sudden action by the ‘September 30th Movement’. This mysterious organisation had arrested ‘a number of generals’ plotting a CIA-sponsored ‘counterrevolutionary coup’ for the upcoming Armed Forces Day on 5 October.”

Under the PKI’s directions, the following took place:

• Seven teams of soldiers arrested seven anti-PKI army generals—the seventh team bungled and captured an adjutant instead—and executed them at a place called Lubang Buaya.
• The murdered generals were thrown down a well and covered with dirt and vegetation.

The PKI, however, had not considered that there would be a definite lack of support for their coup from Sukarno. They had also not counted on the decisive actions that General Suharto took to put down the coup. Unfortunately for them, they made it easier for him by their utter lack of even the most basic planning and preparations.

“Cutting decisively through the confusion and curious lack of planning and communications displayed by the conspirators, Suharto quickly took control of the situation and appointed himself army commander, sidelining Sukarno. Within twelve hours, he had cleared Merdeka Square of the movement’s forces, before removing the remainder of the conspirators from Halim base. By the early hours of 2 October, the coup’s leaders and their troops, some 4,000 in total, had scattered in many directions. Suharto ordered loyal troops to track them down, but also to capitalise on the failed coup to purge anyone suspected of ‘Communist’ sympathies. The PKI was to be ‘smashed’, ‘crushed’, ‘buried’, ‘annihilated’, ‘wiped out’, ‘exterminated’ and ‘destroyed down to the very roots’.”

As you will read in the book, General Suharto proved to be a man of his words. Previous Article
Adalaj Stepwell: A 500-Year-Old Architectural Masterpiece With a Tragic Tale of Unrequited Love, Sacrifice And Loss
Next Article
The Lonar Lake: An Astronomical Marvel