Children of Llullaillaco: Where Young Children Were Sacrificed to the Gods 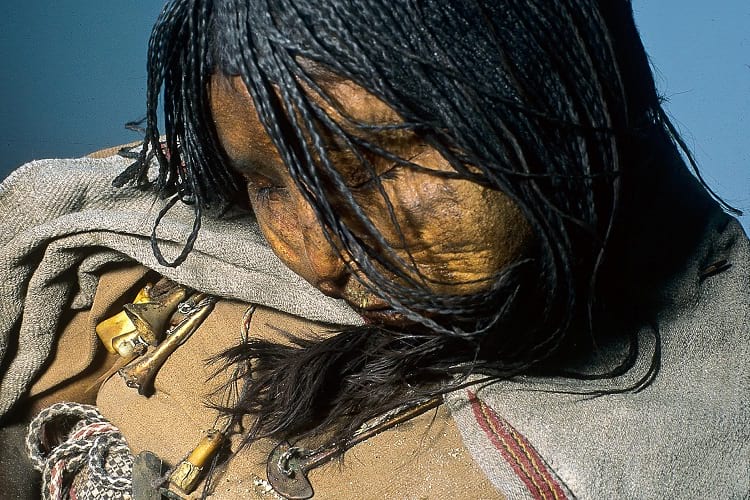 The continent of South America is home to one of the greatest indigenous civilizations in human history. The Incas of Peru, who gave the modern world one of the new seven wonders – Machu Picchu – have perhaps been the most inexplicable people to ever walk the earth. Their ways of living, their age-old practices and the monuments they built during their reign, have all been subjects of great intrigue among commoners. And as archaeologists and researchers keep delving deeper into the olden civilization, which existed between the 1200s and 1500s, the more mysteries keep tumbling out of their closets as days pass. One such oddity was the religious sacrifices of children that were carried out during the Inca Empire. 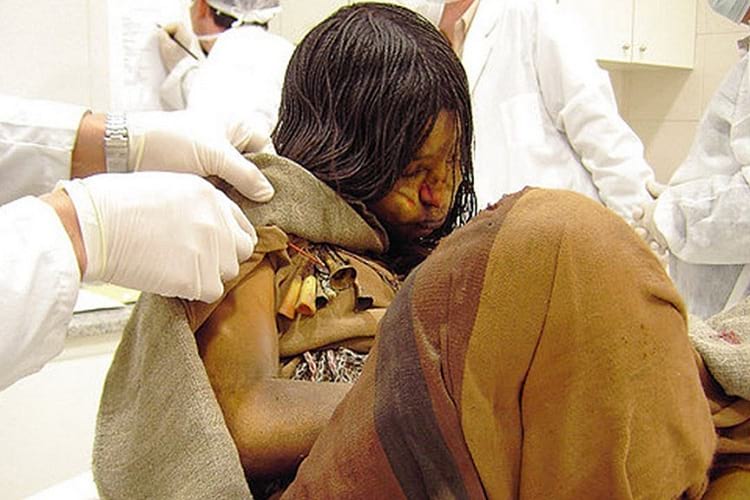 La Doncella or “The Maiden” being examined by researchers after her discovery. (Grooverpedro / Flickr)

Discovering the mummies of children

In a startling discovery made in 1999, Dr. Johan Reinhard and his team of archaeologists stumbled upon ancient, well-preserved mummified bodies of three children, which dated back to more than five centuries ago. At the peak of Mount Llullaillaco, a dormant volcano bordering Chile and Argentina, inside a tomb-like structure, the mummies of Children of Llullaillaco, as they have been named, were found, thus bringing a spine-chilling Inca ritual to the fore. 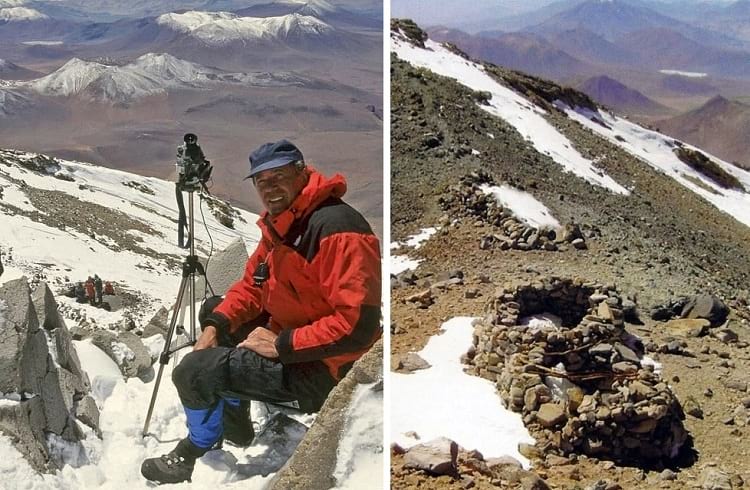 As per the disturbing religious custom, commonly known as capacocha, young individuals from Cuzco, the capital city of the Incan Empire, were chosen as gifts for the Sun God Inti. Little girls and boys, probably the best among the lot, in terms of looks, statuses and health were handpicked, well-fed and taken good care of, weeks or even years before it was time for them to ascend the volcano hundreds of kilometers away, where superior priests made the supreme sacrifice.

As the chosen day drew closer, the children, as young as six years of age and a maximum of 16, were dressed in their best attires, adorned in fine jewellery and along with a hundred other offerings like gold, silver and various miscellaneous items, left near the summit of the titular volcano to be sacrificed. This ritual was undertaken during ceremonies like the passing away of the emperor or with a purpose to curb natural calamities or even please the gods.

As per Incan beliefs, it was an act of great honour to be chosen for the sacrifice, where after the children died; they would join their ancestors in the afterlife and look over the village as angels, keeping their kin from harm. Surprisingly, the sacrifices were ordered by the Emperor himself. Before the children began their journey towards their extreme end, they were presented before the monarch, who held a feast in their honour, as the chosen ones would be given up to the gods.

How were the dead bodies preserved?

Owing to the freezing conditions near the summit of the Llullaillaco volcano, the three excavated mummies of the children in question have been found very well-preserved. Not just their bodies, but their internal organs, too, were found to have been well-conserved, along with frozen blood in their hearts and lungs. With their hair intact and still braided and dresses as good as new, complete with fancy feathered headgears, their slightly shrivelled skin, which showed signs of some deterioration, were brought out for more scientific study and for a peep inside the Inca customs. The three mummies were named – La Doncella or The Maiden, El Nino or The Boy and La Nina or The Lightning Girl.

Children of Llullaillaco: Research and findings

As the study progressed further, scientists found telling evidence. The presence of alcohol and leaves of coca (from which cocaine is derived) in the mummies proved that the children were drugged before they were left out to die in the freezing temperatures near the summit of the volcano, while it also served as a substance that put them in a stupor, as they met their unsettling end. Researchers working on The Maiden used radiological data, X-Rays and CT scans, which revealed more information about the diet during the children’s final days.

During their last few months before the deadly ritual was executed, the children’s diet was slightly modified. A more high-fibre and protein-rich diet was fed to them, which consisted of vegetables and llama meat along with cobs of corn. This fattened them up, which helped them ascend the high altitude of the volcanic mountain without getting exhausted. Alcohol in the form of maize-beer was also given to them, which put them in a dazed state so that they lost consciousness during their last moments. Researchers also believe that some children were murdered by force if they resisted the sacrifice, as evident from traces of blood on El Nino’s clothes and his bundled up state. As per the scientists, there were no special efforts undertaken to preserve the bodies; the cold, thin and dry air near the volcanic peak worked its way on the three children. While the eldest child among the three named La Doncella was 15-years old at the time of sacrifice, it appears that she froze to death while still in her sleep and her mummified body remains to tell her tale. Sitting cross-legged with a tightly-wrapped shawl around her coffee brown dress and striped sandals, the Maiden’s hair were woven into countless braids when she was found. In a new research in 2012, The Maiden was found to have contracted a virus, which caused a rare lung disorder in her. This fascinating discovery will also lead the scientists to study more about ancient diseases and extinct pathogens that caused illnesses among people that once lived. As per Dr. Reinhard, The Maiden’s body has been the best-preserved mummy, which is now put on public display at The High Country Archaeological Museum in Salta, Argentina. Researches and analyses are still being conducted on the other two mummies of the younger ones. While an agreement has been made between researchers and the local tribals to not dig up any more graves, as many as 40 ancient burial sites were discovered in various regions, which could otherwise have given a deeper insight into the fantasy world of the Incan Empire, where religious sacrificing of children was more an honour than anything else.

Enjoyed this article? Also, check out “Rosalia Lombardo: The 8,000 Skeletons, 1,252 Mummies and a Fallen Angel Who Rest Within the Catacombs of Capuchin“.

Previous Article
The Baffling Oak Island Treasure Trove Mystery
Next Article
Kolmanskop: From Being the Richest Town to Now Being Devoured by the Desert