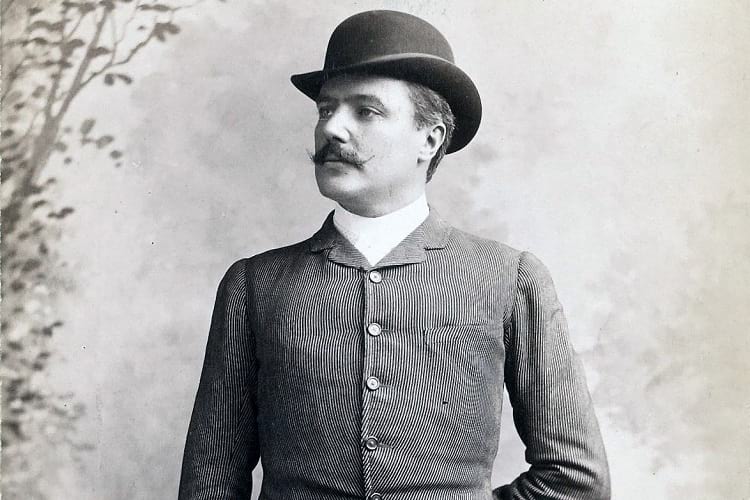 Charles Francis Coghlan was a famous Anglo-Irish actor and playwright born to Amie Marie and Francis Coghlan in Paris on June 11, 1842. His father, Francis was a renowned Irishman who founded Coghlan’s Continental Dispatch and published Coghlan’s Continental Guides. Francis had esteemed literary associations, with Charles Dickens as one of his friends. Charles Coghlan grew up being prepped for a legal career but chose to pursue acting, while still a teenager.

The calling of an actor

Charles Francis Coghlan embarked on his acting career at the young age of 17. During the summer tour of Sadler’s Wells Theatre in 1859, Charles was associated with the theatre in small roles as an actor. During the theatre’s stint in Dublin, Charles approached the manager of Haymarket Theatre, John Baldwin Buckstone, with the desire to present a play he had written. Buckstone did not show any interest in the play but did offer Coghlan the role of Monsieur Mafoi in a play adapted by Lord Byron from ‘The Alhambra’ by Washington Irving. The play, ‘The Pilgrim of Love‘ opened at the Haymarket Theatre on April 9 in 1860, and Coghlan went on to act in several supporting roles. His performances slowly built him as an actor of substance.

Coghlan finally secured an important role as Charles Surface in ‘School for Scandal’ by Richard Brinsley Sheridan. The play opened at the St. James’s Theatre in London in the year 1868. Later on, he went on to play the role of Sir Oscar to eminent British stage actress Adelaide Neilson’s Lillian in ‘Life for Life’ by John Westland Marston at the Prince of Wales Theatre. The next couple of seasons at the theatre saw him playing important leading roles to the likes of Geoffrey Delamayn in ‘Man and Wife’ by William Wilkie Collins, and Henry Spreadbrow in ‘Sweethearts‘ by W.S. Gilbert.

The rise and fall of Charles Francis Coghlan

John Augustin Daly was the first recognized stage director of America and in 1876, he brought Charles Francis Coghlan to America as part of his production company. The same year, Coghlan made his debut on Broadway as Alfred Evelyn in the comic play ‘Money’ by Lord Lytton, at the Fifth Avenue Theatre on September 12. Coghlan enjoyed a successful career in America and in England before filing for bankruptcy in London due to liabilities amounting to £312 on January 29, 1891.

Coghlan reached the height of his career when he was able to stage his own adaptation of Alexandre Dumas’ play ‘Kean’ on Broadway. Titled, ‘The Royal Box’, it opened at the Fifth Avenue Theatre on December 21, 1897, and ran successfully till February 1898. Unfortunately, Coghlan died on November 27 in 1899, when he had taken his production ‘The Red Box’ to Galveston, Texas. He had arrived in the city on October 30 that year but had not been able to perform himself due to ill health. Coghlan was suffering from acute gastritis.

The coffin that travelled

After his death, Coghlan’s body was placed in a metal casket to be shipped for burial on his farm in Fortune Bay at Prince Edward Island. The farm was Coghlan’s summer residence. However, some days after his death, there was a press announcement that Coghlan’s cremation would take place in New York. Meanwhile, his mortal remains stayed stored in the vault of the Galveston cemetery until a concrete decision could be reached regarding his funeral rites. What happened next is as bizarre as it can get. Nearly ten months after Coghlan’s death and indecisiveness over his burial, his casket went missing.

On September 8 in 1900, a category 4 hurricane hit the town of Galveston in Texas. The hurricane with a wind speed of more than 135 miles per hour, wreaked havoc on the town, destroying thousands of buildings and taking the lives of many. The disastrous hurricane-displaced and washed out to sea several coffins from the graveyards, one of them being that of Charles Francis Coghlan. Resources were put together to find the missing coffin that was apparently floating around somewhere in the sea. The New York Actors’ Club also announced a reward for the recovery of Coghlan’s coffin, which went unclaimed for years.

Over the following years, several false claims were made of the recovery of Coghlan’s floating coffin. In September 1900, there were reports of Coghlan’s coffin being found near the city of La Marque in Tesax. However, on January 22 in 1904 newspapers reported of a metallic casket like Coghlan’s on a beach near Galveston Yet again, on January 19 in 1907, a newspaper reported that Coghlan’s coffin had been found by a group of hunters in a marsh amongst the weeds a little distance away from Galvenston. On September 15, 1927, Robert Ripley made Coghlan’s floating coffin famous in his column ‘Ripley’s Believe It or Not!. He claimed that Coghlan’s coffin had traversed the sea from Galveston to finally be washed ashore the Prince Edward Island where his home was. Charles Francis Coghlan had come home.

His leading lady of one time, Lilly Langtry recalled in her memoir ‘The Days I Knew’ that the outcome to Coghlan’s mortal remains had been predicted to him by a crystal gazing gypsy woman. Coghlan, believing the gypsy woman, had said on his departure from Prince Edward Island, “I will return come hell and high water“. Notwithstanding the many stories of Coghlan’s floating coffin being found, his sister Rose Coghlan stated in June 1922 that the coffin was still missing. And so, the floating coffin of Charles Francis Coghlan remains an enigma.

Previous Article
The Silky Anteater: The Nocturnal Dweller of the Tropical Rainforests
Next Article
Space Food: What Do Astronauts Eat Outside the Earth’s Atmosphere?