Dreamland was an amusement park that opened at Coney Island in Brooklyn, New York on May 15, 1904. It was counted as one of the three most iconic amusement parks built on Coney Island. Famous animal trainer and owner of his own circus, Frank Bostock was hired by the park management to stage his circus acts in an indoor arena. Several animal trainers, each with their own acts, were associated with Bostock’s circus. One of the major attractions of the circus was the renowned lion tamer, Captain Jack Bonavita. He was known to be the only man to appear in the arena with as many as 27 lions. His control over the big cats drew crowds to the park.

Unfortunately, in 1904, Bonavita had to have his right arm amputated, which got infected after a lion named Baltimore clawed him in an adverse encounter. Baltimore was an untrained wild beast. The captain was trying to train him and get him to perform his first stunt. It is said that the cat attacked Bonavita when he took his eyes off the beast briefly. Bonavita resisted amputation for eight months after which, following further deterioration, he agreed to it in February 1905. However, as a one-armed lion tamer, he attracted more and more people to his performances with the cats. 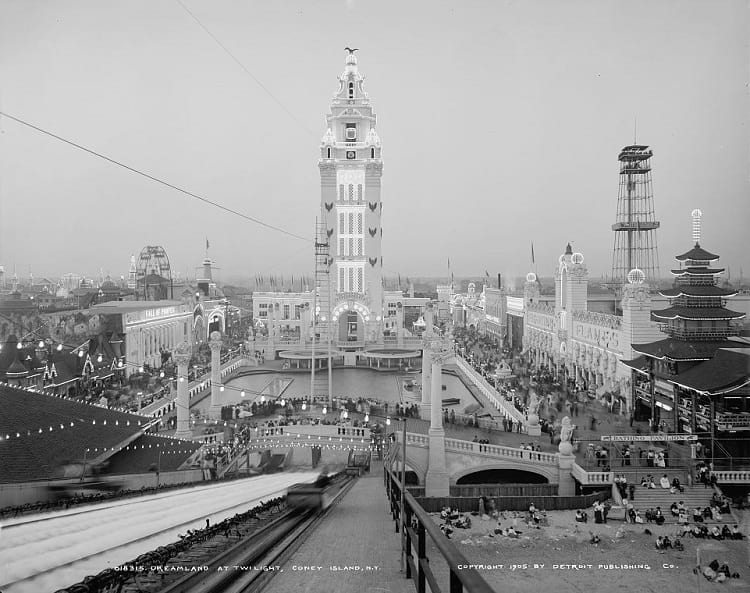 The real name of Captain Jack Bonavita was Johann Friedrich Gentner. He was born on December 15, 1866, and brought up in Philadelphia, Pennsylvania in the USA. He started his career as a circus acrobat but went on to become a world-famous animal trainer. Bonavita was known over the world as the lion whisperer, simply due to the fact that the cats obeyed his commands. What led to his fame was his majestic demeanour. Always dressed in military apparel and boots, his muscular frame attracted many female admirers. To add to this was his complete fearlessness while working with the big jungle cats.

His most famous act was called ‘The Arm-Chair’ which had Bonavita sitting on a chair surrounded by 13 calm and composed lions. The captain made his debut at Moulin Rouge in Paris on July 31 in 1904 wherein his opening act he was attacked by the lion, Baltimore. Also, the Princess of Montglyon, Rosalie F. Mercy d’Argenteau had come to see the act of the great American lion tamer with his beasts. It is said that not only did she rush to the stage when the incident took place but also went with Bonavita in the ambulance, to the hospital. She stayed with him throughout his recovery and they finally got married on April 26, 1905, in Paris. However, two years later, the two parted ways and were divorced. 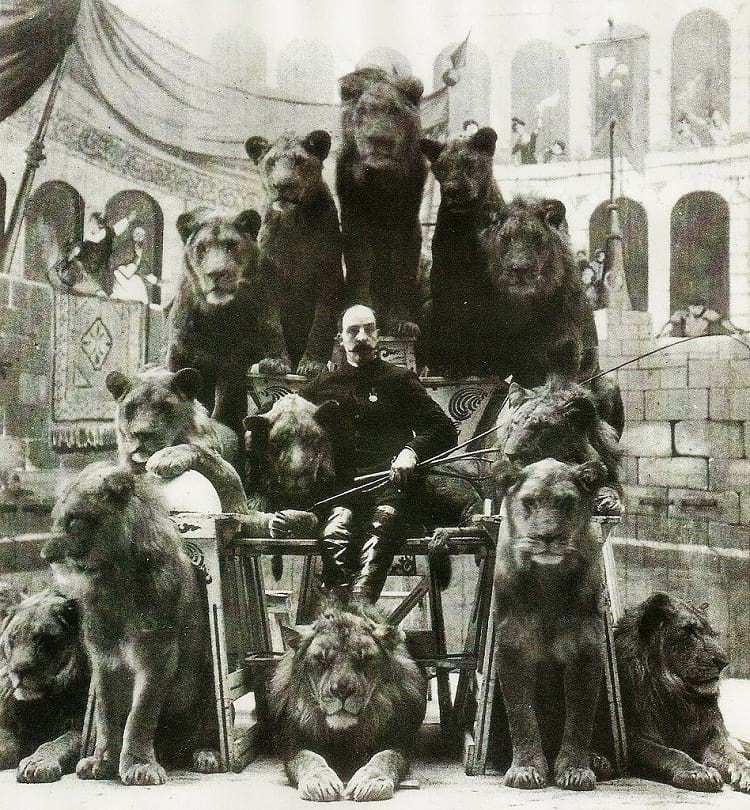 The film career and the end

The amusement park, Dreamland was completely ruined in an accidental fire in May 1911. On May 27 in 1911 at about 1.30 am a fire broke out due to an electrical malfunction, which consumed everything that came in its way, turning the park into ashes. Bonavita rushed to save the animals but 60 perished in the fire. One of the lions, Black Prince ran out on the road and was shot dead by policemen. Dreamland was lost forever.

Bonavita went on to pursue films from 1913 to 1917. He worked as a stuntman, an actor, and a director. His first film as an actor, a silent black and white movie ‘The Wizard of the Jungle‘, released on April 5, 1913. He directed and acted in another silent black and white film ‘The Woman, the Lion and the Man‘ which released on September 23, 1915. Another famous film that he directed and acted in, ‘The Winning of Jess‘, released on December 23, 1915. His films always featured wild animals and also some of the trainers that he had worked with. Bonavita also continued his stints with Bostock’s Circus, training animals at Frank Bostock’s farm in Los Angeles, California.

On March 19 in 1917, Bonavita was training a polar bear, while going through a routine, the animal unexpectedly attacked him. A policeman nearby shot six bullets into the bear, killing it. Bonavita, on the other hand, had been mauled aggressively, suffered a fractured jaw and multiple deep lacerations. Unable to recover from the attack, Captain Jack Bonavita succumbed to his injuries, later that night.

Enjoyed this article? You would also love “The Time When Men Fought Bears“.