Byblos, Lebanon: A World Heritage Site and the Oldest Continuously Inhabited City in the World Formed in the Levant (Western Asia), the ancient Phoenician civilisation – known internally as Canaan – is one of the foundations of modern civilisation. Despite being extinct, their innovative influence resonates today in all corners of the world. Lisbon and Barcelona are among some of the major cities said to have begun as Phonetician settlements but most certainly they created a civilisation in Carthage, North Africa who would become their descendants.

The Carthaginian Empire expanded across Northern Africa into the Iberian Peninsula of modern Spain. They ventured as far north as the island of Corsica, which brought them into direct contact with the Greek and Roman Empires. Naturally, the diffusion of cultures occurred. The Carthaginians most famously fought a series of wars with the sprawling Roman Empire. These conflicts were called the Punic wars, a Latin term which derived from their word for Phoenician. Carthage and Phoenicia will be familiar to hear but perhaps their history will be less known.

Phoenicians lived in a Thalassocracy – a nation dependent on sea-power – meaning they had a vast navy and very seldom inhabited land areas. For this reason, they brought about huge developments in boat building, nomadic lifestyle and sea warfare. They rose in the Levant, near modern-day Lebanon when the Fertile Crescent was still lush yet soon stretched to Turkey, Israel and Syria. They spoke an ancient Semitic language which became one of the basses for many modern languages today. Basically, they invented the alphabet system used now in most Indo-European countries. In actual fact, the font was first discovered in Byblos, inscribed on a tomb of a Phoenician King called Ahiram. It is called Cuneiform and consisted of 22 letters, which greatly influenced the Greek alphabet that in turn developed Latin and Cyrillic (used in Russia and many Slavic countries).

Byblos is located 42km north of Beirut, the capital of Lebanon. There is enough archaeological evidence to suggest that it has been continuously inhabited since early in the Neolithic Age, 7-9,000 years ago depending on which source one draws from. This ranks as one of the highest in the known world. And while other towns are thought to have been continuously inhabited for longer – such as Annaba in Algeria (occupied since the 14th century BCE) – none are historically as important as Byblos. To emphasize this, Byblos has been found in Hieroglyphics within Egyptian writings (notably in the myth of Gods Isis and Osiris) meaning it was a key region during the time of the Pharaohs and the Nile River Valley civilisations. An Egyptian Goddess – Baalat (the Mistress) – is also immortalized in a temple which has stood the test of time. In terms of Phoenician Gods, Baal and Yamm – the gods of the Sky and Sea – played out an epic battle in Byblos. The Akkadian Empire from Mesopotamia also had one of its dialects found in the town, that of Assyrian Cuneiform (the other being Babylonian).

Alexander’s Hellenism, the reach of Rome and the decline of Phoenicia

The Akkadian Empire split into two factions: Assyria and Babylon believed to be due to changing climates and the decay of rain-fed agriculture. It forced the Assyrians to become the dominant force in Phoenicia however they favoured another famous city named Tyre – residents of Tyre would begin the Carthaginian colonies by creating Carthage in modern Tunisia. A number of great Emperors have influenced the control of Byblos including Alexander the Great in his campaign with the Macedon Empire – a Greek state. In the 4th Century BCE, he implemented a Hellenistic period, promoting Greek culture and language after taking over the city. Alexander was notorious as a leader who allowed cultures, languages and religions of the former civilisations to remain and flourish also. Alas, he had an untameable ruthless side also, and that side destroyed much of the city of Tyre and its people in 332 BCE.

Another empire and war general would approach in the Roman conquest during the afore-mentioned Punic Wars. This was in the form of Pompey the Great. By 64 BCE all of Byblos, Tyre and Carthage had been conquered by the Romans. Many historians now agree that the Romans completely wiped out the Carthaginian civilisation after their victory. So extremely so that it has been labelled the Roman Holocaust with tens of thousands being exterminated.

“After sacking the city, the Romans burned it to the ground, leaving not one stone on top of another.”

The Phoenician Empire slowly disintegrated after having so many of its prized assets imperialised.  Its remaining lands were given to the legendary Cleopatra of Egypt. To make this even more confusing, even though Cleopatra ruled an Egyptian Empire it was the Ptolemaic Dynasty she inherited which was a Hellenistic (Greek) state. Long after the time of the Pharaohs. This state was set up by a follower of Alexander the Great, a commander called Ptolemy who Cleopatra was a descendant of. Furthermore, Cleopatra had relationships with the Roman Emperors Julius Caesar and Mark Anthony. With her death, Egypt became a province of Rome.

A revolving door of legends

They would do as Romans do following these events to everywhere they ruled, creating straight roads, baths and aqueduct systems among others. When the Roman Empire split into two, the Byzantine Empire (Eastern Roman Empire) controlled the region until the Early Muslim Conquests under another legendary prophet Muhammad, took back Byblos in the 7th Century ACE. During the Crusades, Byblos bounced between the Christians and Muslims. The European Christians built one of the most famous structures – St. John the Baptist Church in the 12th Century to command dominance which still stands today. Another famous leader captured Byblos in 1189. Saladin or An-Nasir Salah ad-Din Yusuf ibn Ayyub to give his full name was part of the Ayyubid dynasty of Egypt (once the Arabs took it back from Rome). An-Nasir Salah ad-Din was gifted to him meaning ‘Mighty defender, the righteousness of faith’. Again Byblos was not used as a major hub mainly because Saladin’s dynasty, as with other Arab factions preferred to use cities more inland. 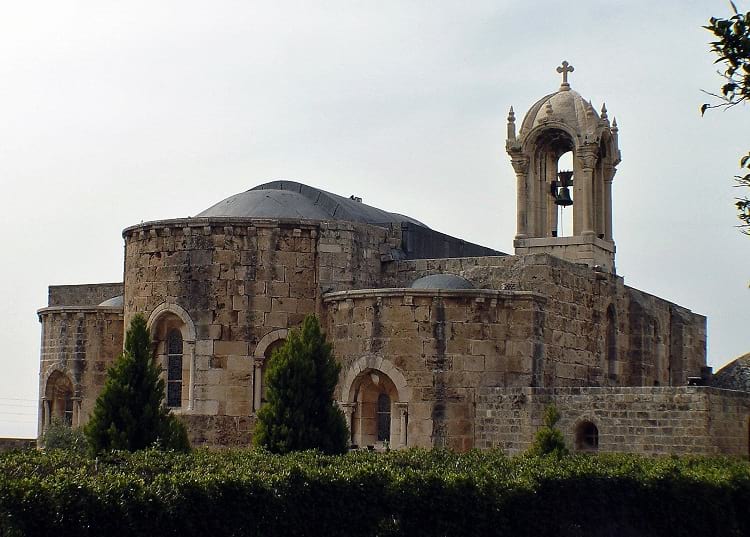 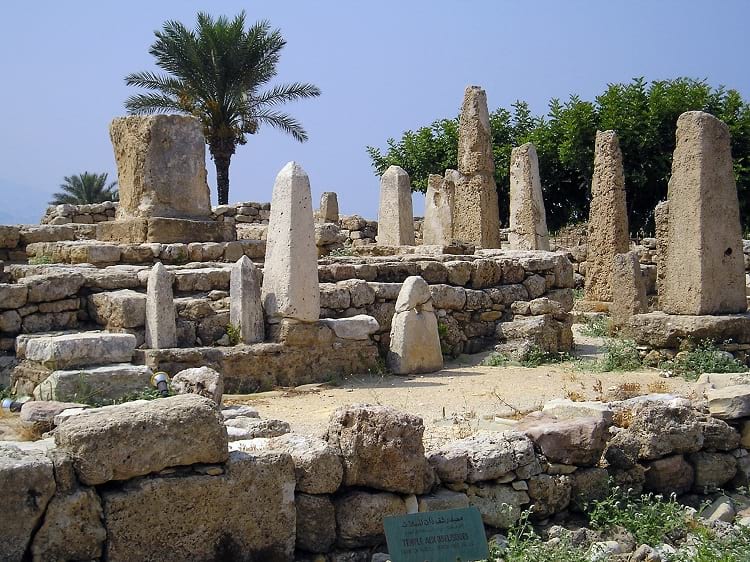 Obelisk Temple, one of the earliest temple in Byblos. (Heretiq / Wikimedia Commons)

There were no more events as significant as these when Byblos passed through the Ottoman Empire, and then the French Mandate following World War I. Its people finally lived in relative peace which was briefly disturbed by the Lebanon War in 2006. French Archaeologists and Egyptologists discovered the site in 1921.

From these waves of occupation, the history of Byblos can be seen from its archaeology: Crusader forts, Roman ruins, Phoenician temples and a Greek necropolis to name a few. Even Neolithic settlement evidence remains. Byblos understandably became a UNESCO World Heritage site in 1984 continues to thrive as a tourist town. 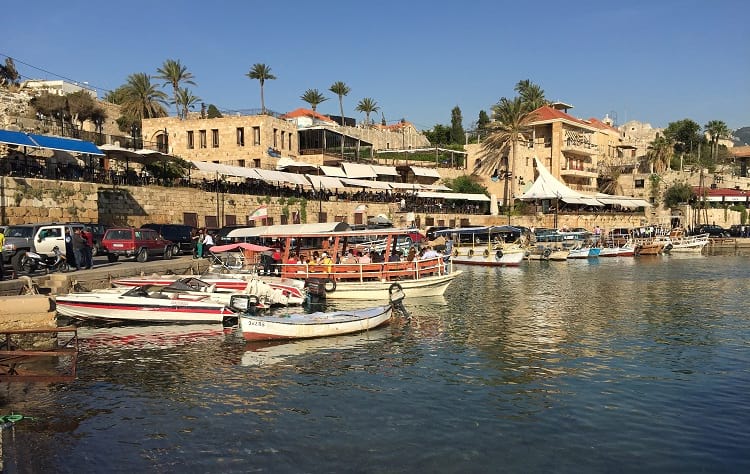 When was the first civilisation?

There is the famous maxim that the more we find out the less we know. As soon as we believe we have uncovered the roots of civilisation more are exposed. It is commonly agreed that the oldest civilisations began as early as 7,000 BCE (Neolithic) but theories of organised societies have been argued as much as 200,000 years ago. Evidence of this was discovered in Annaba (present-day Algeria), another once Phoenician town. With the timeline of modern human evolution as far back as 1.7 million years ago (at this point in time) is it possible that there were empires as far back as that. Many argue that they had the same brain power so why not? Some even argue that our ancestors, the various genera before modern humans such as the Denisovans had similar brain power so who is to say that before the Homo genus (or outside the Homo genus) there were no civilisations? 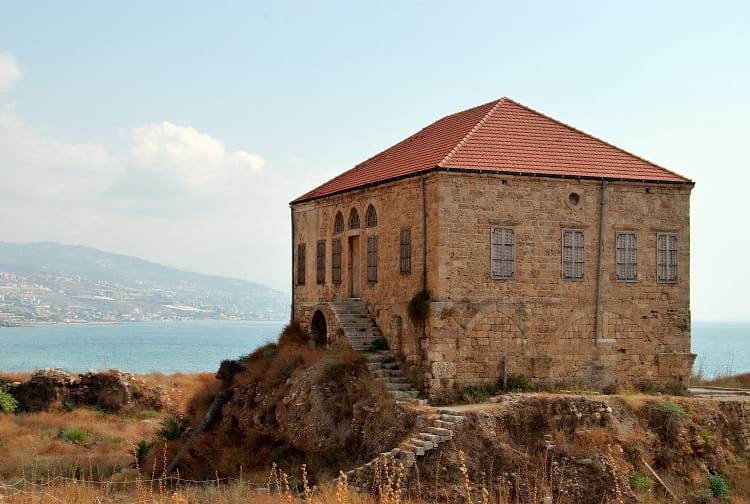 It is very much possible that those empires have disappeared after time much in the same way that the Phoenician Empire almost did. Or the Indus Valley, Jiahu or Mayans to name a few others. How far are we into the timeline of human civilisation? How long will our empires last? Will evidence remain after we are gone? And for how long?

Previous Article
Neptune Memorial Reef: An Eco-Friendly Underwater Graveyard Off the Florida Coast
Next Article
American Dream Limo: A Long, Luxury Car That Was Once a Rare Sight to Behold