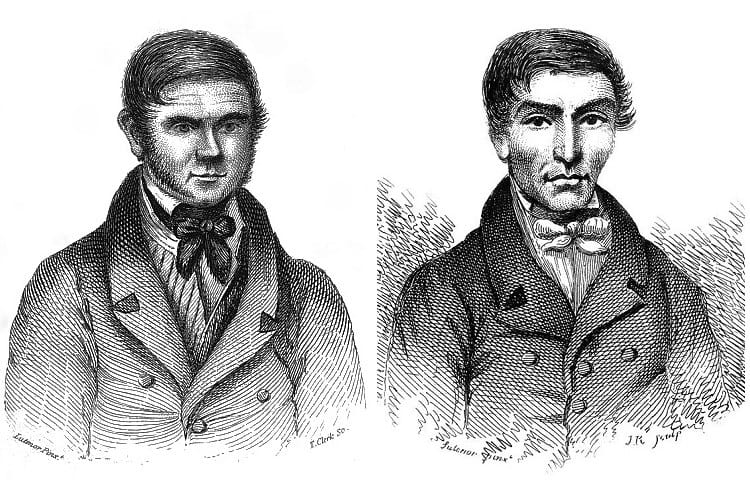 As hideous a thought it is; corpses can be a lucrative business. And we are not just talking about animal carcasses. The human cadaver trade was more common in the past of course, when medical science was in its infancy but it still transpires today for many reasons, depending on the part of the world. One of the most famous cases of corpse-snatching came from Scotland in the year 1828. Not only were the corpses stolen, but the perpetrators actually killed their victims in order to make money from the remains. Their names are infamous but how did Burke and Hare manage to commit sixteen murders while making a small fortune of cash before they were noticed?

In this era, much internal anatomical research was resigned to taking a blade to a dead body. For this reason bodies were sought after by universities and hospitals alike but this could usually be provided in a legal way. For example, the deaths of prisoners, orphans or those who committed suicide was considered just within the Scottish Law system. It became such a successful endeavour in terms of medical enlightenment that there became a shortage of corpses. This eventually led to the term of body-snatching being coined much of which came from grave-digging. It was popular in the capital of Scotland, Edinburgh as it was one of the leading centres of anatomic study at said time. It was also known as ‘Auld Reekie’ [Old Smokey] to illustrate the amount of smoke plumes from the factories propped up by the ongoing industrial revolution. As a leading exponent of the British Empire, Edinburgh was a thriving city in this aspect. A rise of medical studies meant that more corpses were required than were readily available. In turn, this gave rise to some ill-willed people who were tempted by the prices these bodies could fetch – as much as ten pounds in the winter months – a decent sum for that time (a decent weekly wage was one pound). It became such a demand that citizens of Edinburgh started to take measures to stop the bodies of their relatives from being disturbed. Such tactics included protests, employing watchmen at graves and installing protective equipment like grave-cages or stone slabs to cover a mound. It meant that stealing corpses became so difficult that some extremely ill-willed people decided to target the living instead. Burke and Hare were both called William but they led very different early lives and had very different characters according to reports. William Burke had a middle-class upbringing in Ireland and joined the army in his teens. He moved to Scotland where he took up employment at the Union Canal – a Scottish canal system primarily constructed to bring coal to Edinburgh. His character was judged by many to be jovial but hard working as well as religiously devout too. In 1827 he decided to go north to earn some money during the harvest. This is where he met William Hare, a fellow Irishman who had a clouded yet seemingly dark past. It was said he worked as a labourer and also spent some time on the Union Canal like Burke. Eyewitness reports stated that Hare had a lot of scars and was considered a very temperamental person – especially after a few drinks. When they returned to Edinburgh, Burke took a room at Hare’s lodging house in a street called Tanner’s Close and the pair developed a bad reputation fuelled by a love for the bottle.

Causation paved the way for a truly horrific act. One of the lodgers at the Tanner’s Close Lodging House passed away whilst owning four pounds of rent. He was due to receive some of his army pension when this happened. William Hare decided to sell the body to an anatomist to retrieve the amount owed. They reported the death to the local authorities and while a local church donated a coffin for the burial, the two men hid the body and instead filled the coffin with tree bark. When darkness fell, they took the body to Edinburgh University and found a most willing Dr. Robert Knox, who negotiated the price with other doctors. They apparently hinted at wanting to receive more bodies. 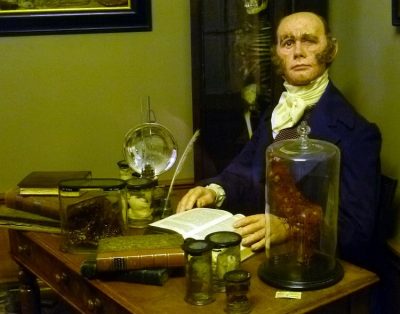 There is the famous epitome of a fine line existing between genius and madman. It seems a touch of this was inherent within an obvious talented doctor who was happy to accept corpses from far from obvious legal circumstances. This was a man who contracted smallpox when young, to the point of disfigurement and blindness in one eye. He served as a physician in the Battle of Waterloo between the British and Napoleon’s French as well as the Cape Frontier War in South Africa, in which the Xhosa Kingdom defended against European forces. After settling in Edinburgh, Knox gained employment at the Royal College of Surgeons and gave lectures using fresh cadavers which drew crowds of fascinated students. With at least two dissections a day he had a pressing need for the dead.

Doing anything for money

Burke and Hare soon turned to murder. Sources differ but it seems they decided to suffocate a lodger who had grown sick with fever. His name was Joseph and another woman tenant Abigail Simpson was killed with a similar method – she came to Edinburgh at times from her local village to sell salt. At that time, asphyxiation was impossible to detect in terms of a post-mortem examination. The next prey was an English seller who contracted jaundice. They used the same method of Hare suffocating while Burke – as the bigger man – lay on the chest to stop the struggle.

People would later call the practice burking. Dr Robert Knox would pay ten pounds for many of these bodies, complimenting them on their freshness according to Burke and Hare’s confession. Yet he never asked any other questions. Some of his colleagues would however, drawing no confessions from the killers. Another – Mary Paterson –had been befriended by the men and spent a day drinking together. They killed her in her sleep.  An old lady named Mrs Haldane met the same fate, as did her daughter who spent a night at the lodging house. However, this time it was only Hare who killed her and kept the fee for himself. The relationship of the two men became strained because of this, Dr Knox admitted buying a body from Hare alone – something Hare denied. Burke and Hare ended up in a drunken brawl but continued their illicit business. There were sixteen victims who met their end this way, plied with alcohol and when in the confines of the lodging house they were executed. An old woman and a possibly mentally disabled boy were two murders which truly disturbed Burke he would later say. They used a fish barrel to take the bodies to Knox.

Another chilling story is that when Hare’s horse could not transport the barrel far enough so he shot it dead in their garden. This shows the ruthless, unbalanced side to his nature – if true. Next up would be a lady who came to do laundry. Burke and Hare did the usual of getting their victim drunk and then suffocating them once both parties were inebriated enough. A relative of Burke’s wife came after, then a mentally disable eighteen year old boy called James Wilson. Wilson was well-known among the community because of his handicap. This meant that people noticed he went missing, and some students of Dr Knox believed the cadaver to be his. Knox denied it and began dissecting the body as soon as possible according to reports. The last murder was in October 1828 and the thread began to truly unravel from the most wicked of wool.

An Irish lady named Margaret Docherty was lured to the house. Two other guests saw Burke, Hare and both their wives drinking in high spirits within the common room with Docherty – singing, dancing and all. They had all become extremely careless. Later, they executed Docherty. The next day, the couple called the Grays – who had seen the festivities the day before – felt something wrong in the air. They found Docherty’s body in a bed of straw after surveying the house. The wife of Burke (both wives knew what their husbands were doing) tried to bribe them to keep quiet but they refused and bravely sought the Police. By this time Burke and Hare had taken the body to Knox, but the Police found enough blood in the lodging house to arrest them. Burke would admit to the murders. He confessed to sixteen kills all while being drunk or on opium. He stated that he could not sleep without a bottle of Whiskey next to him.

The Lord Advocate of Edinburgh decided that due to lack of evidence they would need another tactic. He would force a confession from only one man by offering immunity from prison. William Hare sang like a bird against Burke. Knox would not face any charges, as although what he did was abhorrent he did not encourage any murders, nor did he break the law.

The trial of Burke and Hare

The trial would take place on Christmas Eve, 1828. On Christmas day, William Burke was sentenced to death and the judge demanded he be publicly dissected and his skeleton to be displayed. An ironic case of an eye-for-an-eye. Both wives were acquitted for not having anything to do with the murders. After being hounded viciously by angry mobs the Police gave Hare’s wife safe passage back to Ireland, while McDougal (Burke’s spouse) escaped Edinburgh. Nothing was heard of the two women ever again. William Hare escaped to England through hordes of people wanting him trialled or dead. Dr Knox was never charged but he was harassed by the public, although not to the extent of the wives of the killers. Even though the Police told the public that he did not know the bodies had been murdered he lost his job and would struggle to find more work in Scotland. He then so, took a position at a surgery in England. A new year brought the end to the chaos but not the justice with William Hare walking free. William Burke was hanged in front of a crowd of over 25,000 people. His corpse was dissected in Edinburgh University shortly after and his skeleton remains to this day in the Edinburgh Medical School. New laws were passed to stop corpse-snatching from happening again. Especially after two men from London – known as the London Burkers – attempted the same thing. The Anatomy Act of 1832 meant that bodies could only be dissected if unclaimed after 48 hours. A truly, horrible story it is impossible to fathom the lives these men lead. To kill in the way they did takes a very wicked or disturbed person – even under the influence of narcotics and alcohol. The tale has been immortalised in multiple films, books and theatre shows. It will never be forgotten.

Previous Article
Radar Technology’s Early Detection System Revolutionised the World and Made it a Better Place to Live in
Next Article
Old Penn Station: A Colossal Railway Terminal That Was Once a Crown Jewel of New York’s Heritage