The Black Death: When Tens of Millions of Europe’s Population Was Killed by the Bubonic Plague 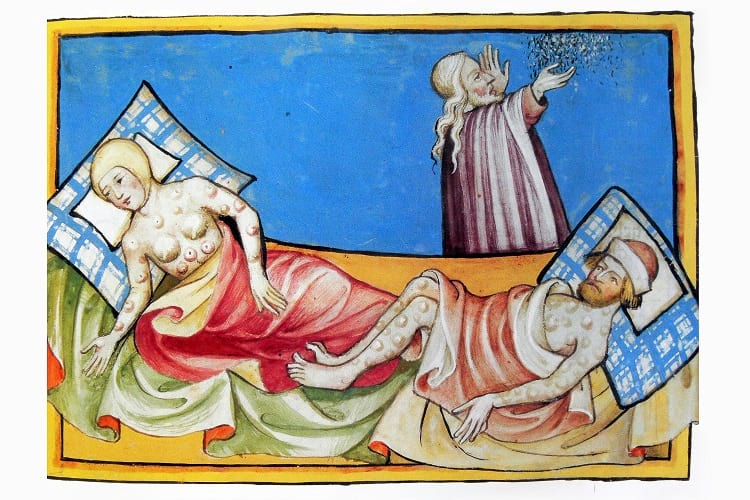 A cruel fact about life is that diseases exist. Especially infectious, life-threatening variants that once spread can kill millions of people in a short space of time, in very painful circumstances. An example is smallpox which is estimated to have killed between 300-500 million people in the last 12,000 years. Still, no cure exists, but vaccinations are very effective at stemming the development of the disease. Another is bubonic plague, a bacterium-based disease which wreaked havoc in Europe and Asia, most infamously in the year 1346. The devastation was so serious that it became known as the Black Death, with the Latin word for terrible, mistranslated to black. Although for many, both terrible and black perfectly explains the dark situation throughout the Old World at this time. 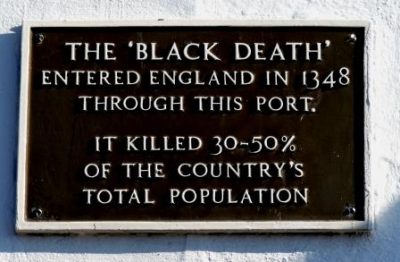 No-one knows for sure how many people the plague killed, even estimates vary from source to source. Some say as high as 60% of Europe at the time which would have been around 50 million victims. The only thing for sure is the Black Death was one of the biggest catastrophes in human history.

This strain of the bubonic plague began in the year 1346, a period now known as the Late Middle Ages in Europe. To give an idea of what life was like, another name for this time is the Dark Ages – starting after the fall of the Roman Empire. By 1345 however, Europe was beginning to come out of the dark. Inventions came from the ‘Golden Age’ of the Islamic world including clocks, from China – rockets and eyeglasses. Even the ancestors of toilets and factory machines were developed. Important buildings had their foundations in concrete while most were made by wood.

At the period where the Mongols ruled much of Asia, they had four Khanates (a political zone) established after the decline of the Mongol Empire. The infamous Golden Horde Khanate was galloping into European lands set on conquering as far as the eye could see. Revolts were happening in China against the Yuan dynasty, and wars between India’s Vijayanagara Empire and the Muslim Sultanates were taking place. In the center of Eurasia, the Byzantines and the Ottomans struck an alliance after Emir Orhan married a Byzantine princess called Theodora.

In Europe, as with the rest of the world, and as it had been for millennia before, wars and territory changes continued to happen. England was at war with the Dutch, and with the French, during the Hundred Years War campaign over a territory dispute in a region called Guienne.

To have an image of what Europe was like in the 14th Century we can take a look at standard living conditions in England. This was before the outbreak of the bubonic plague, as this changed society in many ways. Much of the European population lived in rural communities. England was a feudal empire meaning the King or Queen gave power to landowners who had serfs – who lived on their land – worked for them. Life for a peasant had not changed much and had been the same for centuries, millennia arguably. Living was tough and sustenance relied on crop rotation. Not a lot of the population lived in towns and cities, only 40,000 people inhabited London compared to over eight million today. Conditions in both settings would have been in a state of squalor, especially by today’s standards. Cramped, dirty, low-light, noisy and living in close quarters with animals, many of which, unwanted pests. As the Church was central in governing much of Europe they took taxes from the peasants, even though because of high illiteracy most of the population could not read the bible. Even books were expensive and were seen as a status symbol. The Islamic and Asian world was more advanced in terms of science and medicine.

Europe’s reliance on religion was why when the Black Death came it was considered divine intervention by the majority of England and Christian Europe. In scientific terms however it is called bubonic plague. It is a bacterium called Yersinia pestis which is contracted and spread by rodents predominantly the black rat, an animal that likes to live close to humans as opposed to many other species of rodents and rats. When the plague hits, a contaminated colony of rats dies within two weeks. When the flies have finished eating this colony they move to humans and spread the disease – the biggest killer being the Oriental rat flea. The bite becomes a lymph node around the bite area, which swells, usually in the hip area or neck. There is a short incubation period before the symptoms arise. Within a week of contracting the disease around 80% of victims die. A hand displaying acral gangrene of the fingers caused by bubonic plague. (Centers for Disease Control and Prevention)

The spread of the plague to Europe is illustrated in many writings such as Danse Macabre – a series of allegories representing death and the Middle Ages. This among other sources has allowed historians to trace the route of the bubonic plague.

Many deduct that it began in the Russian Steppe, with others believing, China. Either way, it made it to the Mongols who owned lands around the Crimean Sea at the crossroads of Europe and Asia. This was a major hub where the Mongol Khanates would trade with Europeans. It is said that an attack on an Italian trading post here transferred the plague to mainland Europe when the Italian traders retreated home. Large scale trading routes were already in place by then linking all the powers of Europe and unfortunately spreading diseases also. It came to Constantinople, a busy city, which in turn distributed it around the Middle East and North Africa via Alexandria, another sprawling, metropolitan conurbation. Inland to Europe spread from Marseilles, up through France and down the Iberian Peninsula. It reached England by ship, and Scandinavia by the same means. Down through Germany and Prussia it would even reach Russia, in Novgorod – one of the earliest Russian towns – before infecting Moscow. The plague penetrated the lands of Asia through the notorious Silk Road. It greatly affected China, Persia, Korea, India and the Mongol Empire. Winter and longer distances between tribes would finally end the spread of the almost pandemic – as the conditions were hard conditions for the rats and flies to survive.

Life after the plague in England

Returning to England, the Black Death was estimated to have killed as much as ½ of the population. For this reason it is said to be the beginning of the end to feudalism, which would begin a system more akin to capitalism. Because of the extreme decrease in the rural population, workers gained a rise in power, and had leverage to make demands of the lords. Although the powers-that-be tried to end this wave, by passing laws to limit peasants, including capping wages at rates from before the Plague and making it illegal to refuse work.  This did not sit well however, culminating in the Peasant’s Revolt of 1381. Whilst the revolt was quelled and nothing would change too quickly, by the 15th century it is clear to see that the seeds had been planted for revolutions to rise in the future. 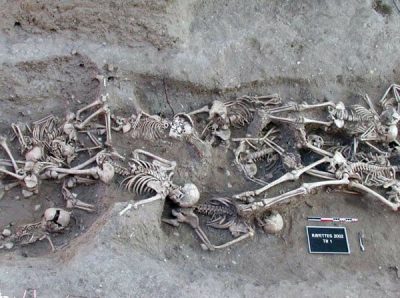 Original research brought the number of deaths at around 20-30% of Europe. However, this mainly came from statistics recording cities and towns. When rural areas were looked at the number was said to have doubled even tripled due to various factors including poverty, and more contact with animals. Some put the number at 50 million which would have been around 60% of Europe.

In Asia, an account from China’s Hebei Province writes that five million died. In total, China’s overall census in 1393 was 65 million – almost half the number from two hundred years previous. The Black Death is believed to have had a massive contribution to this along with famines and wars of course. Particularly affected, were the Mongols, who were said to have first contracted the disease. The Black Death contributed massively to the fall of the Mongol Empire – the second-largest empire the world has ever seen. It is hard for many of us to imagine a world like this but the truth is, over 600 cases of bubonic plague are reported every year. Luckily now, there is a cure to this particular disease.

Enjoyed this article? Also, check out “Dancing Plague of 1518: When People Nearly Danced to Their Deaths“. 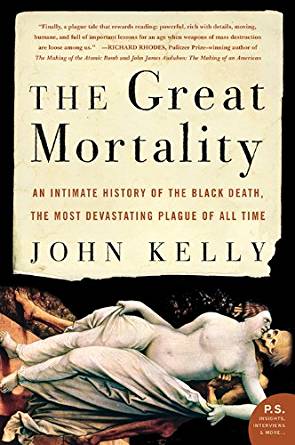 Recommended Read:
The Great Mortality: An Intimate History of the Black Death, the Most Devastating Plague of All Time | John Kelly

Previous Article
The Manhattan Project: The Making of the First Atomic Bomb
Next Article
Ice House: Here’s How Our Ancestors Stored Ice