The Haunting Visage of the Belmez Faces: An Anecdote of Lost Souls or Purported Skullduggery?

Belmez Faces: A blurred face on the wall inside the house of María Gómez. (Cesar Tort / Wikimedia Commons)

The first sighting of the Belmez Faces is reported to have occurred on 23rd August 1971. It is believed that María Gómez a Bélmez resident observed the emergence of an uncommon stain in a spur-of-the-moment on the concrete floor of her kitchen. The stain assumed the shape of a human face and began appearing at different locations.

Petrified by this eerie and paranormal happening, María tried to get rid of the ominous formation by vigorously scrubbing and cleaning the floor. But all her efforts were in vain. Even her husband Juan Pereira and son Miguel attempted to destroy the image with the help of a pick-axe and later replacing the concrete floor.

But, as the legend goes, new faces started reinforcing on the floor a week later and the occurrences showed no sign of abatement. As the news of the strange appearances started gaining ground among the local people of the small town, numerous visitors began thronging the place to watch this inexplicable phenomenon. The canards about the “house of faces” did the customary rounds in every household.

The family informed the matter to the mayor of Bélmez who in turn disallowed the destruction of the newly formed faces. Instead, a specimen of the floor was taken for study. Parapsychology experts from the world over went hotfoot in paying visits to the house. Nevertheless, they were unable to detect and reveal the exact cause of this peculiar experience.

The family approached the local council to seek support in unearthing this mystery. When the surveyors visited to inspect the property, they decided to excavate the floor of the kitchen area. At that moment, this was the only option which the councillors found worthwhile and potentially insightful. Thankfully, it did not take too long for the workers to identify a probable hint supporting the evil exposition of the Belmez Faces.

Eventually, the narrative recounts the horrific discovery of skeletons nearly 10 feet underneath the property when it was quarried during the course of the examination. Some of the skeletons were even devoid of their skulls. They were surmised to be over 700 years old.

After the findings, the dug pit was refilled and a new concrete floor was cast. This time everybody expected the appearances to vanish into obscurity. However, much to everyone’s disbelief, another face, dissimilar from the previous ones resurfaced.

Intermittent visitations of the Belmez Faces 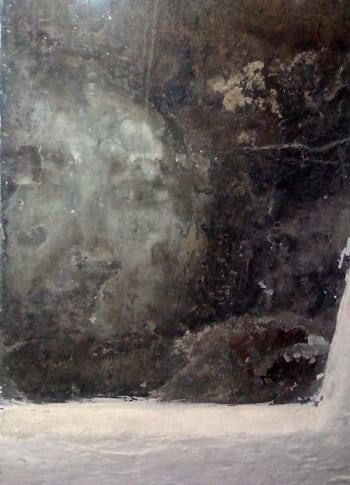 This time around, the episodes were distinctive. Rather than a solitary face becoming visible and declining to subside, a multitude of faces came into existence on the floor. One facial expression would come into a conspicuous exhibition only to be substituted by another in a cyclic fashion.

Now and then these appearances would crop up through the span of a few hours. Some of the displayed Belmez Faces belonged to women and children. On the off chance that the local council board had done anything for the Pereiras, it actually worsened the situation for them.

The hue and cry about these occurrences spread like wildfire across national and international stretches. Well-known paranormal investigator Dr. Hans Bender from Germany announced the Belmez Faces as an instance of paramount significance and the biggest supernatural event of the 20th century.

All that the Pereiras wanted was to liberate themselves from the clutches of the spirits that had assumed total control over their lives and the town. And now, they were compelled to persevere through another trepidation which was the overflowing curiosity among the general public that almost engulfed their privacy. The surge of visitors in the form of researchers, priests, students, journalists, police officers and doubters kept on burgeoning with every passing day.

With the rumour mills running overtime about how the family had deliberately engaged in creating faces to win everlasting fame and money, the need for a clear and sound testing method became imperative. A large-scale investigation was initiated. The concrete samples were sent for a thorough study to the Instituto de Ceramica y Vidrio (ICV).

Much to the sceptics’ disappointment, the ICV could not collect any notable evidence of any paint or dye and subsequently ruled out the possibility of a fraud. The remaining floor was shot in fragments and enveloped with a jacket sealed at the borders. Ultimately the door and the windows were all occluded with wax.

A television crew from a German media company photographed every such precautionary measure amid the attendance of the local dignitaries. This time the team expressed satisfaction over making their effort completely foolproof. They were convinced and dismissed a possible tampering of the scene without any clear-cut detection.

The kitchen was sealed for three months. The grand revelation, three months later, spotlighted yet another marked upshot. Once the kitchen door was unbolted the Belmez Faces were indeed still there but had shifted and evolved.

Was the Pereira family a group of imposters? 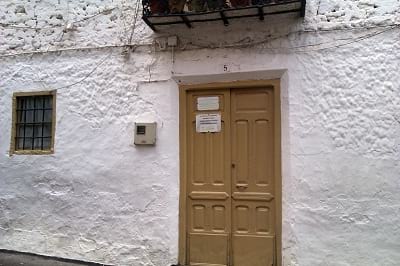 It was believed that the Pereira family perpetrated the humbug to amass sizeable financial gains. A few tests that were performed remained indecisive. Others suggested the absence of any trace of paint material on the floor surface.

Research on the facial expression of the faces asserted that a large number of the features were comparable to the face of María. Another intimation that went against her hovered on the fact that the faces would only manifest amid the presence of María. The visitations would dwindle when María was away.

Sceptics also speculate that María’s son played a part with a ruthless joke on her. Whereas others were firm of the opinion that there was indeed a supernatural activity that could never be fathomed or expounded. Even today, the mugs allegedly, still continue to come into sight in her Bélmez home in Spain.

One of the key contributors to the investigation involved a method known as Thoughtography. This defines a psychokinetic ability that capacitates a person to demonstrate images onto a surface either purposefully or coincidentally. Thus, for all these idiosyncrasies to be swallowed, María Pereira would make a bonafide suspect.

The ill-fame of the Belmez Faces gathered momentum

María’s house started earning an unprecedented amount of good coverage and noticeability in Bélmez among the tourists. It came to be widely recognised as La Casa de las Caras which meant The House of the Faces. From 1972 onwards, María’s home turned into a veritable crowd-puller.

Over the next 30 years or so, the Pereiras continued with their claim to have come across a consistent apparition of faces, both male and female, in diverse shapes, sizes and expressions. Unfortunately, in 2004, María Gómez Cámara passed away at the age of 85.

Yet the bizarre splattered trails still continued to spring upon the bare stone floor, probably with even more distortions.

Enjoyed this article? Also, check out “Paranormal Sightings in England: The Brown Lady of Raynham Hall“.