Was Canada’s VZ-9 Avrocar Flying Saucer the UFOs That Were Seen on Earth? 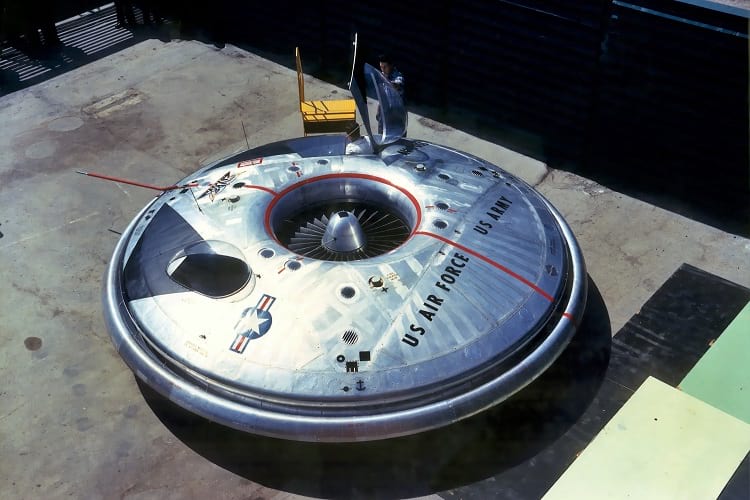 Aliens landing on earth in a flying saucer and then zooming off is one idea which is part of science fiction as well as informed debates. Is there some truth in the stories of the flying saucers, also called Unidentified Flying Objects (UFOs)? Or, is it just human imagination, a pure fiction? Or, could it have something to do with defence research carried out by America in utmost secrecy? Avro Canada VZ-9 Avrocar, Canada’s Flying Saucer, gives us a sneak-peek into these questions. 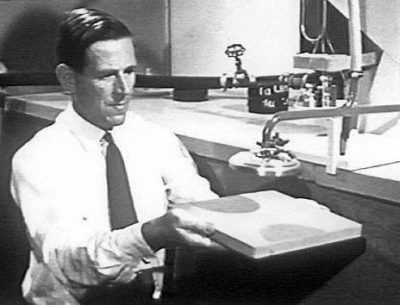 The idea of a supersonic aircraft with a circular wing in the periphery of a saucer-like main body was conceived by Avro Aircraft Canada in 1952. The aircraft was designed to land and take off vertically with the help of a circular Turborotor powered by turbojet engines. Canadian Defence Research funded this project to the tune of $400,000 (₹2.8 crore). The air thrust generated by jet engines propelled the aircraft. Directing the thrust downwards create ‘ground effect’ which make it float in the air at low altitude. Directing thrust to the rear made saucer travel forward. Jack Frost, the team leader of the project, was convinced that Canada’s Flying Saucer would qualify for Short Take Off and Landing (STOL) as well as to supersonic speed.

America steps in to collaborate with Canada

But the road ahead was difficult. Just 2 years into the project, the Canadian Government abandoned it, saying it was too expensive to be sustained. Fortunately, by then the United States Air Force (USAF) came to know about the project and found it promising for their specific requirements. Those were the days of the Cold War, and the US was ambitious regarding Vertical Take Off and Landing (VTOL) aircraft for its Air Bases. Hence, in 1955, USAF signed a contract for $750,000 (₹5.25 crore) to revive this project. The project progressed well and more than $250,000 (₹1.75 crore) were ploughed into it till March 1957. This entire exercise was kept a closely guarded secret till July 1960. 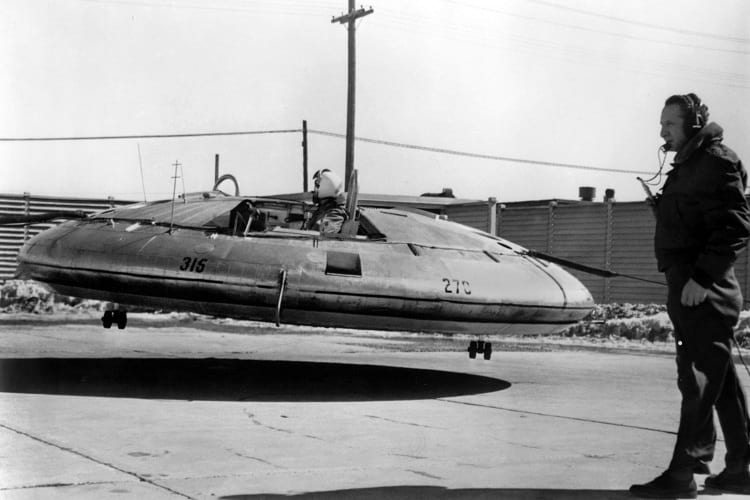 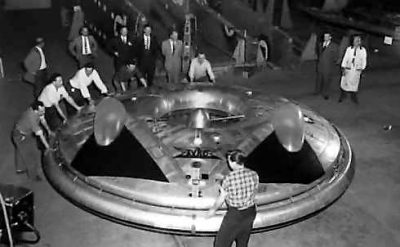 US Army and Air Force had different expectations from the prospective aircraft. The Army wanted a subsonic, all-terrain, transport and reconnaissance plane. Air Force, on the other hand, wanted a VTOL jet, which could dodge enemy radar by flying at low altitude and then run away at supersonic speed. The twin objectives were sought to be achieved by application of the Coanda Effect based on the principle that when a moving fluid, such as air or water, comes into contact with a curved surface, it will try to follow that surface. A saucer-shaped main body with a circular wing could exploit the Coanda Effect to the hilt. Small shutters on the edge of flying saucer could direct the direction of the aerial journey. On this premise, 2 small test vehicles, named VZ-9AV (experimental vertical flight for the 9th concept proposal from Avro) were built in the year 1958. Unfortunately, these test vehicles failed the flying test. Supersonic speed couldn’t be reached. A few feet into the air and the saucer wobbled uncontrollably (Hubcapping). A maximum altitude of 3 feet and a speed of 35mph was all the test vehicles could achieve.

US Army and Airforce then undertook to develop the air vehicle in a top secret black project. 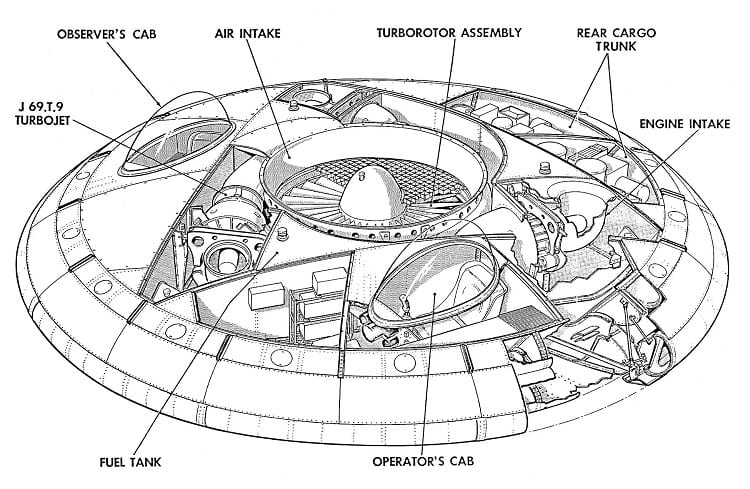 Avrocar project was closed, but the research yielded collateral gains

The Project was wound up in 1961 when problems observed in test conditions couldn’t be eliminated. However, leads from the project found application in diverse fields of research and development.’Ground effect’ produced at take-off and landing was used by Bell Aerospace in 1963 for ‘Advanced Cardiac Life Support’. Prototypes of Boeing YC-14 and McDonnell Douglas YC-15 (both are short take-off and landing tactical military aircraft) were also based on Avrocar studies.

Was America hiding something?

Of the two Avrocar models manufactured and tested, one is kept at the US Army Transportation Museum in Virginia and another at the National Museum of the United States Air Force in Dayton, Ohio. But this, surely, is not the end of the story. There are indications that the US Air Force, in collaboration with Avro Canada had already built a supersonic flying saucer in 1956. One declassified memo talks about a flying saucer which could travel 2,300-3,000 mph over a height of 1 lakh feet and cover a distance of 1850 Km.

The US government, it appears, was secretly working on a flying saucer project since 1940. This is proved by ‘Roswell UFO Incident’ which happened in the summer of 1947. An unidentified debris was found in Roswell, New Mexico, which the local Air force base dismissed as a crashed weather balloon. But people weren’t convinced. The debris was widely described as a crashed flying disc and the official version to the contrary was seen as a cover up exercise. Officials of the nearby Roswell Army whisking away the crashed fuselage promptly and surreptitiously was also viewed as a cover up.

A series of flying disc accidents reported in the fifties further reinforced the perception that it was some kind of a secret American Experiment. When the story of the mysterious UFOs broke some 50 years later, US military explained it as part of top-secret atomic espionage project called Project Mogul. But the explanation was too little and too late. America’s ‘top secret black project’, or something like it, probably existed even before the idea of flying saucers was conceived by Avro Aircraft Canada. The US collaborating with Canada, it seems, was a carefully thought out American agenda. The US, ostensibly, was already in the making of such flying machine and partnered Canada for business. Hence it is difficult to believe the official version that the Avrocar project closed down as a failure.