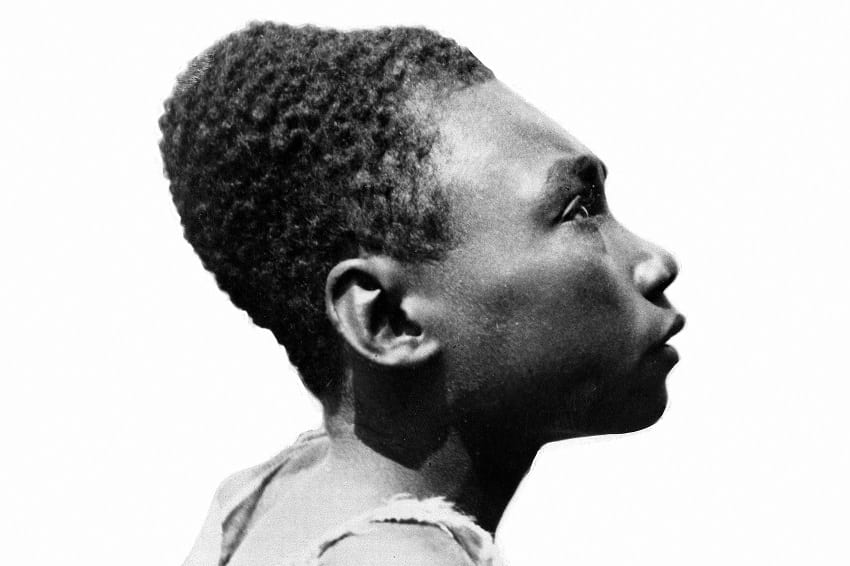 Artificial Cranial Deformation is a body alteration practise that has been a part of a variety of cultures since times immemorial. This practice refers to the intentional alteration or modification of the shape of an individual’s skull. What is interesting about the evolution of this practice is that the cultures it was prominent in were, in fact, all separated by geographical and chronological barriers. The desired shape – which may be conical, rounded or elongated – is brought about by distorting the normal growth of a child’s skull by application of force. In most cultures, the practice of head-binding begins Sat birth – for that is the time when the skull is most pliable. Artificial cranial deformation is very rare today – but it still occurs in places like the Pacific island nation of Vanuatu.

Historians believe that artificial cranial deformation existed long before written or recorded history. One of the earliest examples of intentional cranial deformation dates back to the 9th Millennium BC. Remains of such modified skulls were found in the Shanidar Cave of Iraq. These remains were of the proto-Neolithic Homo sapiens component of the human race. In 400 BC, the great Greek physician Hippocrates wrote of the Macrocephali (long-heads), who were named for their head-binding practices. The Macrocephali were an ancient tribe of indigenous Africans or Indians. This is generally considered to be the earliest written record of artificial cranial deformation. 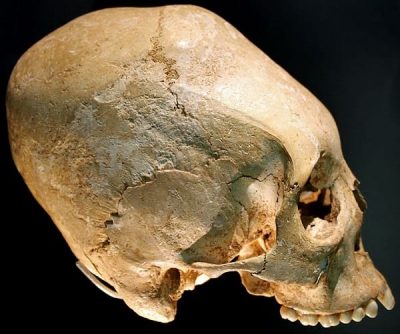 The practice of head-binding was very much prevalent among important nomadic groups of the Old World. One of the most notable examples of this is amongst the Huns—nomads and warriors who frequently terrorised the Eastern Roman Empire. Written records and archaeological findings provide considerable evidence that the Huns practised artificial cranial deformation prolifically.

Another notable nomadic group that practised cranial deformation is the Alan group of people. The Alans were an Iranian nomadic demographic that was the ancestors of the Great Vandal Kingdom.

In the period of Late Antiquity, artificial cranial deformation was widely performed by a large number of East Germanic tribes. These tribes were descended from the Huns and included the Gepids, the Ostrogoths, the Heruli and the Burgundians. In some tribes like the Burgundians and the Thuringian, only women participated in the practice of head-binding. Evidence of artificial cranial deformation has not been found amongst West Germanic tribes.

The practice of head-binding and cranial deformation was brought to the Middle Eastern region in the 1st century AD by the tribes who created the Kushan Empire. These regions included Bactria and Sogdiana. These areas now comprise modern-day Afghanistan, Iraq and Kazakhstan.

Artificial cranial deformation was widely practised by a large number of North and South American native tribes. The practice of head-binding was prevalent in the Mayan and Inca Civilization as well. In North America, the tribes living in the Chinookan and Choctaw regions also practised artificial cranial deformation. A group of Indians, called the Salish people, practised a form of head-binding that made their heads appear rounder. A subgroup of the Salish, the Bitterroot Salish, was referred to as “Flathead Indians”, just because they did not perform this specific custom. Nooksack Indians performed head-binding by strapping an infant’s head to their cradleboard.

Artificial cranial deformation was also performed customarily by the Lucayan people of the Bahamas, amongst the indigenous tribes of the islands of Hawaii, Tahiti, Samoa and Paumotu. According to recently unearthed evidence, head-binding was also performed by the Aboriginal Australian Tribes and in the French district of Toulouse well into the 20th century.

The Mangbetu people of Africa too practised head-binding and they stood out to European explorers because of their elongated heads. The Mangbetu continued to practice artificial cranial deformation until the early 1900s when the custom began to die out.

This was mainly due to a medical myth, where parents would tightly bind the heads of newborn babies to prevent accidents. This practice of head-binding resulting in the Toulousain Deformation is called bandeau. From the Scenes from every land by Grosvenor, Gilbert Hovey, 1875-1966, National Geographic Society (U.S.).

As discussed earlier, the practice of artificial cranial deformation usually started right after birth. At this stage, the skull is soft and almost malleable. It is continued regularly for the next few years until the desired shape has been achieved. Different methods of head-binding exist for achieving different skull shapes. The general practice is binding the infant’s head tightly with cloth or planks of wood to coax it into the rounded or elongated shape. Desired shapes include rounded, flattened, elongated and conical.

Artistic depiction of methods that were used by Maya peoples to shape a child’s head. (Fruitpunchline / Wikimedia Commons)

Why was this practised at all?

The motivations behind the practice of artificial cranial deformation have been studied and debated upon by historians all over the world. One of the most widely accepted theories is that it was practised to signify group affiliation or social status. An elongated skull or a rounded skull was considered aesthetically pleasing or desirable in certain cultures. To improve the social prospects of children, they were subjected to this procedure. In Mayan society, having an artificially deformed skull was a symbol of wealth, power and higher social status. In the North American native tribes, having a specifically shaped skull was a way of tribe affiliation or belonging. In France, head-binding was practised as a result of a pseudoscientific notion and medical myth.

Artificial cranial deformation is one of the most interesting phenomena that historians have been studying for a long time. It has been practised since prehistoric times by cultural groups that were widely separated and did not have any common link. However, all of them practised head-binding for the same basic reasons. Even today, in the islands of Vanuatu, individuals with distorted skulls are thought to be more intelligent and spiritually enlightened. Appearance has always been closely linked to social position and privilege and continues to be the same even today. The only difference is that modern-day civilizations have radically different standards of beauty and aesthetics.

Previous Article
Saibal Dasgupta on Chinese Art of Trade and What India Can Learn from its Neighbours
Next Article
Trigona Spinipes: The Combative Stingless Bee that Lives in Dung