Why Does ‘Antimatter’ the Costliest Material to Produce Matters So Much? 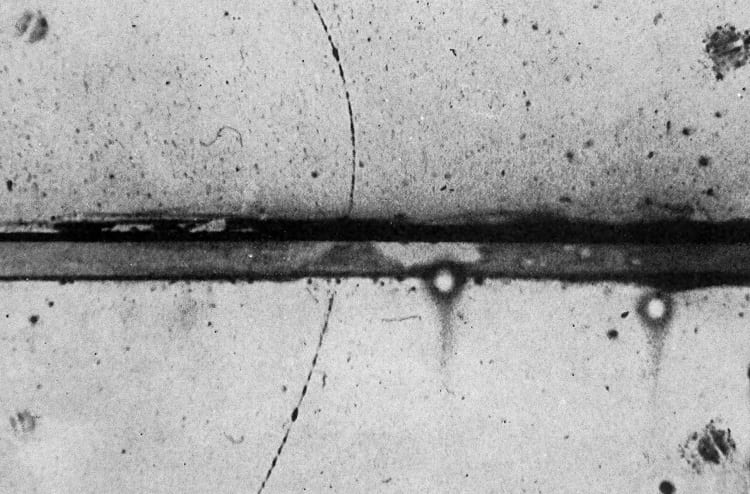 Antielectron, the antimatter counterpart of the electron. (Anderson, Carl D. / The Positive Electron)

Unlike me, if you ever paid attention in your science class, you would probably remember your teacher stating that ‘everything around us is made up of matter’. It’s true; literally everything from me to your cars to pins to the dog barking across the street, everything no matter how seemingly simple or complex it is, is made up of matter. However, matter isn’t the only thing that makes our universe. There is also matter’s ‘evil’ twin known as antimatter. The existence of antimatter was first claimed in research papers published by Paul Dirac from 1928 onwards. On 2nd August 1930, Carl Anderson successfully discovered antielectron or ‘positron.’

Antimatter is quite similar to matter. It has the same mass and structure of the matter. However, differences arise when we look at its configuration. For example, a hydrogen atom has a proton with a negatively charged electron revolving around it whereas; an atom of antihydrogen has an antiproton with a positron revolving around it. When matter and antimatter meet, it’s not a joyous reunion, rather the two counterparts neutralize each other and release energy in the process called ‘annihilation’.

If a kilogram of antimatter annihilates with a kilogram of matter, the energy released will be equivalent to that of the massive Soviet thermonuclear bomb ‘Tsar Bomba’, which was 1500 times more powerful than the combined power of bombs dropped at Hiroshima and Nagasaki (fat man and little boy). According to the physicists, the big bang that created our universe should have created both matter and antimatter in equal amount.

What happened to all the antimatter and why all we see around is matter?

The Center for European Nuclear Research (CERN) has tried to explain this asymmetry by saying that one in a billion particle of matter somehow managed to survive. With all these vague theories and the way logic comes in the way, it is hard to believe if ‘antimatter’ really exists. But, be assured, scientists have been able to create, store and study antimatter. 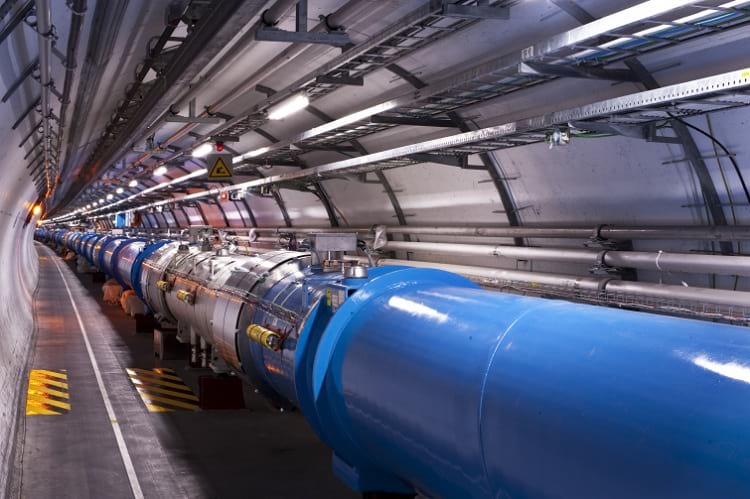 Antimatter is an extremely useful material. The PET scan is just short for Positron Emission Tomography scan. Millions of people go through PET scans every year. With further knowledge, we could be one day able to efficiently cure cancer. It also offers the possibility of being used in the nuclear reactors or power plants. For all those science-fiction enthusiasts out there, antimatter could possibly fuel our space crafts as they do in ‘Star Trek.’

In late 2009, antimatter triggered the biggest explosion we have ever witnessed. According to DailyGalaxy, a star of size more than 200 times our own was annihilated due to ‘runaway thermonuclear reactions triggered by gamma ray-driven antimatter production.’ The result? A blast, that was visible for months, releasing radioactive content fifty times our ‘Sun.’

The cost to produce antimatter

It has been about 90 years since the discovery of antimatter; however, the research is still in its baby steps. Antimatter seems deadly, able to destroy anything composed of matter, even human beings. However, don’t be scared of being annihilated. It is by far, the most costly material to produce. In fact, CERN has only been able to produce 10 nanograms of antimatter in total. 10 nanograms of antimatter are not even capable of even boiling a cup of tea. In 1999, NASA estimated the cost of producing one gram of antihydrogen atoms to cost about 62.5 billion dollars. In 2006, NASA again estimated the cost of producing 10 milligrams of positron, the minimum amount required to power a mission to Mars, to be 250 million dollars. Money is not the only restriction; CERN has claimed that with current technology in use, making a gram of antimatter would take us 100 billion years!

So any possible use of antimatter in any significant field would require a major technological breakthrough. While we still don’t know a lot about antimatter itself, scientists have been reported to find about a particle that is both, antimatter and matter. Physics theory has been implying the existence of ‘Majorana particle’, however, we have not been able to find them till date.

The laws of the physics are said to have a different effect on antimatter. Some scientists believe that the study of it could help us know how it ‘all’ began. Some people bestow their faith in the theory that there is a parallel universe made up of antimatter. More research is needed. But ‘possibly’, there might be an ‘anti-you’ reading an article about ‘matter.’ Who knows?

Enjoyed this article? Also, check out “Nauru: An 8 Square Mile Island That was Once the World’s Richest Country“.

Recommended Read:
Physics of the Impossible | By Michio Kaku

Previous Article
Masada in Israel: Did 967 Rebellious Jews Really Commit Mass Suicide Here?
Next Article
Pep The Dog, Who Was Sentenced to Life in Prison for a Murder He Didn’t Commit