IT WAS ON the 10th of April 1901 in Dorchester, Massachusetts when Dr Duncan MacDougall and his team of four other doctors selected six dying patients for an experiment to determine the weight of human soul which leaves the physical body when a man dies. So, logically, a difference of body weight before and after death must be the weight of the soul that departs. Of the six patients picked up by them, five were men and one woman.

The just-about-to-die patient was placed in a specially made Fairbanks weight scales. As the first patient died, the needle of the weighing machine flickered and rested on a lower scale. The loss in weight was estimated to be three-fourths of an ounce or 21 grams. 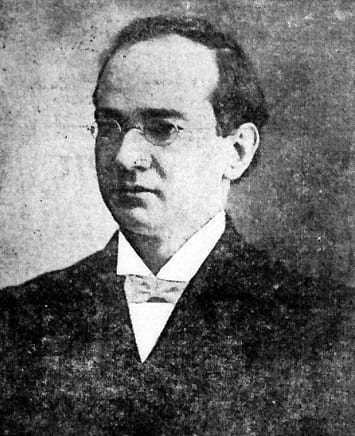 A repetition of the experiment with the second patient gave a similar result. Doctors monitoring the experiment made independent observations. Loss of weight in patients was a consistent finding, though the extent of loss varied from one patient to another. The third patient didn’t show any weight loss immediately on demise but showed a minute later. Dr MacDougall blamed the dying man’s phlegmatic temperament for the delayed exit of the soul from the body. The patient, he said, was ‘slow of thought and action’. So, the soul seemingly hung on to him for a minute even after death.

The experiment could only be carried out in four patients. One patient died before being put on weighing scale and in yet another case, the equipment failed. Doctors did their best to ensure that the experiment was conducted fairly and impartially. The weight of air in the lungs, body fluids, water evaporating from the skin; all were taken into account. The weight loss which still remained unaccounted was obviously the weight/mass of the departing soul. Doctors concluded that the average weight loss of each patient was ¾ of an ounce, implying that the human soul weighed 21 grams.

However, no change in weight was observed when Dr MacDougall repeated the experiment on 15 dogs. A physics teacher at Los Angeles, H. Lav. Twing tried the same on mice in 1917. He too didn’t find any change in body weight after their death.

The scientific world expressed serious doubt on the relevance and authenticity of these experiments. Fellow Massachusetts doctor Augustus P. Clarke said that there is a sudden rise of temperature when death strikes because lungs stop working and their cooling effect on bloodstream goes off. This rise in temperature, he said, caused sweating and loss of moisture by evaporation through the skin surface. Loss of weight upon death, he argued, was because of such sweating and evaporation, and not because of the soul leaving the dead. According to him, the experiment failed with dogs because dogs cool their body by panting and not by sweating. Dr MacDougall countered by saying that death stops blood circulation in the body, so the question of blood rushing to the skin and raising body temperature simply doesn’t arise.

The debate on the subject continued unabated with many questioning the intent, ethics and veracity of such morbid experiments. ‘Which family would offer their dying member as a Guinea pig for scientific study?’ posed sceptics. Experiments failing with animal species implied that animals don’t have a soul. This inference too was questioned.

Though Dr MacDougall announced that he would try to photograph the soul in subsequent experiments, his stand on nature of soul remained ambiguous. He conceded that his experiments were not conclusive and that more such experiments must be conducted to know the truth. That apart, an assumption based on only 4 out of chosen 6 patients couldn’t be rated as a significant finding. The exact time of the patient’s death too couldn’t have been precise and accurate.

Enjoyed this article? Also, check out “The Rise and Fall of the Victorian Era Creepy Therapeutic Treatment Called Electric Bath“.